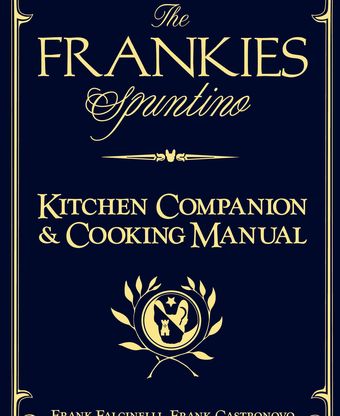 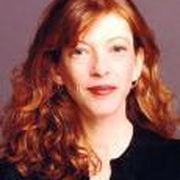 Susan Orlean has been a staff writer for The New Yorker since 1992, and has written profiles, Reporter at Large, columns, Talk of the Town, and Popular Chronicles on subjects ranging from taxidermy to umbrella inventors to figure skater Tonya Harding. Prior to joining The New Yorker, Orlean was a contributing editor at Rolling Stone and at Vogue, where she wrote about figures in both the music and fashion industries. She has also contributed to Esquire, Smithsonian, and The New York Times Magazine.

In addition to her magazine work, Orlean is the author of seven books including My Kind of Place: Travel Stories from a Woman Who's Been Everywhere

; The Bullfighter Checks Her Makeup: My Encounters with Extraordinary People

, a best-selling narrative about orchid poachers in Florida. The Orchid Thief was made into the movie, "Adaptation," written by Charlie Kaufman and directed by Spike Jonze. She is currently writing a cultural biography of the dog actor Rin Tin Tin, which will be published in 2011.

Susan received her B.A. with honors from the University of Michigan in 1976 and attended Harvard University as a Nieman Fellow in 2004. She lives in upstate New York with her husband and son.

• Received my two Piglet cookbooks, one small and dark, one big and white. Alas, opening the packages exhausted me. Now, too tired to cook.

• Wake up rejuvenated and sit with my Piggies. Gravitate to The Frankies Spuntino Kitchen Companion & Cooking Manual, because who doesn’t enjoy companionship, plus it looks really expensive. Right off, am resentful of the fact that I can’t find the recipes easily. There is just so much business -- endless amounts of chit-chat, two versions of the same dish, ruminations, ponderings. Sadly, not scintillating enough (sample sentence: “We are not our grandmothers.”) to excuse its length and breadth. It seems to me the Pythagorean balance of text-to-recipe has been sorely violated; the effect is distressing, like sitting next to someone really blabby on a cross-country flight.

• Also vaguely resentful of the size of the Frankies cookbook. Totally get the clever this-could-be-a-first-edition-of-Hemingway conceit, but because it’s small and fat and tightly bound, the book won’t stay open without being weighted down by -- well, in my case, by a large bowl of nickels for the old slot machine we keep (don’t ask me why) on our kitchen counter. It’s not that I don’t have cookbook holders -- I’m married, right? And had a kitchen shower before my wedding, ok? -- indeed, I have more cookbook holders than I can count. And yet, I always end up with my cookbooks slapped down on the counter or propped up against the tea kettle; in fact, if I could get all my cookbooks spiral-bound, I would. At least a cookbook should be big and spine-bendable. This one isn’t.

• Why am I harshing on Frankies? Maybe they didn’t like the design either. So, onto the matter at hand. Set out on a Sunday afternoon to make the long-simmering tomato sauce -- the Sunday sauce, as they call it -- which is the basis of the whole Frankies worldview. Such a simple recipe, which I, a sometimes-unconfident cook, appreciate. But too simple, it seems. The sauce, which ought to blow your mind if this book is any good, is just tomato-y and sauce-y and nothing more. Can this be? Puzzled by the sauce flop, I mixed up Frankies meatballs, and they were fantastic, nearly redeeming the so-so sauce. Braised short ribs are also quite nice.

• All the while, Plenty, big and bright, beckons. It’ll be a hard sell in my house -- all those vegetables, you know -- but the book is so splendid, the photographs so appetizing, that it might just lure vegephobic Husband and Son into its grip. Or they can have hot dogs on the side.

• Also, I am excited because Plenty calls for some outré ingredients that I had picked up on impulse while at a Middle Eastern market/café and then promptly forgot how I had been told to use them. Sumac? Za’atar? What?

• By the way, I want whoever took the pictures in this book to do my next author photo. Sex on the page.

• Due to this book being from England, the recipes require some conversions. But there’s an app for that.

• First up, Chickpea, tomato and bread soup. Oh, yes, indeed! And then Egg, spinach and pecorino pizza! Carmelized endive with Gruyere! I am smitten. I’m also in love with the name of the writer -- Yotam Ottolenghi -- a mellifluous vowel parade which I am sure is an anagram for something.  I am scaring Husband with my sudden zeal for eggplants -- excuse me, aubergines -- and lentils. But really, I haven’t been this excited by a cookbook in quite a while.

Picasso August 30, 2013
Frankie's Spuntino Cookbook is quite nice. It's a beautiful looking book, quite nice, but I must say I was quite "Disappointed" with it's scope which was quite thin. I thought there would be more, meaning more recipes, not many. Regardless, I do like it and would not give it up, just thought they could do better. A book I Love which scope is quite wide with great recipes and wonderful stories is "La Tavola" by Daniel Bellino Zwicke.. It's stories and recipes of Italian-American New Yorkers, and is a most enjoyable book, as is Daniel's latest; Clemenza's Meatball Sunday Sauce Cookbook, which is only on Kindle but at only .99 Cents it couples quite well with Frankies Spuntino Cookbook and La Tavola. The 3 Books make a wonderful additon or backbone of any and all Italian Cookbook Libraries.

alaparc December 2, 2010
ryanhecht I have the book and I also found the sauce to be very oily. What I did was skim off about 1/2 a cup after letting the sauce sit (I was going to freeze) and I found the sauce was still to my taste.

It is a good book to cook from as what was underemphasized in the reviews is that it uses mostly cheaper cuts of meat and low-cost ingredients. I find that this book is not a 'go-to' like the winner and runner-up, but if you are looking for Sicilian Italian, this is it.

luvcookbooks December 2, 2010
the review makes me want to read all the reviewer's work even more than i want to go out and purchase the cookbooks... and that's saying a lot!!
thirschfeld, not all of us are aware of the caramelized endive and gruyere, so we may be in the "Plenty" is so creative camp. almost all recipes are not new on some time line.

thirschfeld December 2, 2010
That comment was made in response to Gabrielle hamiltons review and your creative comment is exactly my point. If you read my comments on her review I think youveill see I am in total agreement with you.

luvcookbooks December 3, 2010
Agree we're in agreement! The comments are another thing that make piglet interesting, thanks!!

ryanhecht November 30, 2010
I don't actually own Frankies cookbook. I've only read the amazon sample and the 3 appearances of the book here on the tournament but something about it really makes me want to cook from it. I like the casual and opinionated style of the writing. Having said that, I have to admit I was a touch disappointed with the sauce recipe. While I found it to be extremely tasty it was also extremely oily. Has anybody else found this to be the case? I think I'll try it again and use only 1/2 cup of oil. The meatballs, however, are completely fantastic.

So even though I've only made two recipes and one of them was only partly successful I'm still drawn to Frankies like moth to flame.

thirschfeld November 29, 2010
This restores some of my faith in Plenty. After Gabrielle Hamilton's review I was having my doubts about the book. Although I must add after all the banter about its creativity I have to wonder with the recipe presented above where this notion comes from. Caramelized endive with gruyere has been around for a long time and this particular recipe doesn't look all that inspiring.