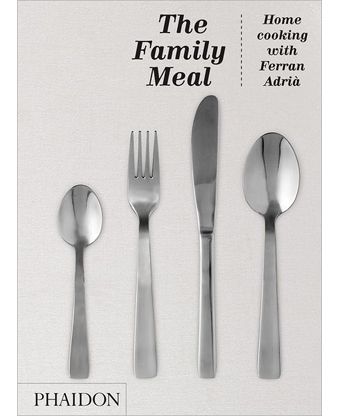 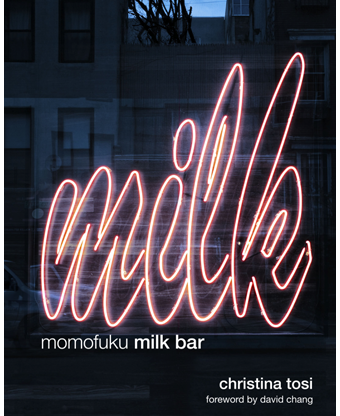 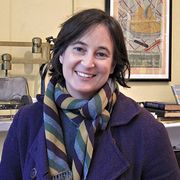 Celia Sack was born and raised in San Francisco. During her seven-year tenure at Pacific Book Auction, Sack channeled her passion for rare books into a private antiquarian cookbook collection, and then into a bookshop. Since November 2008, when she opened Omnivore Books on Food in Noe Valley, San Francisco's only culinary bookshop, Sack has gotten to know Alice Waters' tastes (books on victory gardens, not surprisingly), has enticed Ruth Reichl into buying a first edition of A.J. Liebling's Between Meals, and has seen her store become the destination for internationally known food writers touring their new books and for collectors expanding their shelves.

True confession: I don't usually cook like this. Everyone has their comfort zone, and mine hews toward The Art of Simple Food, The Bromberg Bros. Blue Ribbon Cookbook, and Mad Hungry. If I'm feeling ambitious and have some time on my hands, I'll pull out The Zuni Café Cookbook or Sunday Suppers at Lucques. So when I looked at the recipes in Momofuku Milk Bar, I wanted to cry. Each sugar-charged recipe looked really simple and delicious -- until I realized that most of the ingredients were actually names of other recipes in the book I needed to make first. And most of those called for something difficult, if not impossible, to find. Like "corn powder." (Just try — you'll see). Here's the recipe for "Apple Pie Layer Cake":

For some bakers, this would be a fabulous challenge. For me, it was a reason to get back into bed. I did get up the gumption to make Crack Pie, Christina Tosi's signature dessert, which only called for two other recipes within its own (!). And while it required me to beg for milk powder from a fancy grocery store that only uses it to bake their own confections (not to sell), find a mixer with a paddle attachment (a strict order from Ms. Tosi), and bake with way more butter and sugar than my doctor would ever advise, it came out exactly as it should have. (Tosi is a Southerner, and thus comes wired with a sweet-tooth set about 6 degrees above mine, but according to friends who have actually eaten her version of Crack Pie, mine was an excellent imitation.)

As the owner of a cookbook shop, I would know exactly who to sell this book to. The people who love Martha Stewart's Cupcakes? Probably not. The folks who love Johnny Iuzzini's Dessert Foreplay or Liz Prueitt's Tartine, Rose Levy Beranbaum's Rose's Heavenly Cakes or Pierre Herme's Macaron? Yes, this book is for you! I pride myself on understanding who a cookbook is meant for, and getting it into just the right hands.

Which is why Ferran Adrià's The Family Meal: Home Cooking with Ferran Adrià has me lost in a fog of confusion. I'm talking San Francisco fog. From the very title, I had no idea who this book was for. Ferran Adrià = foam, molecular gastronomy, culinary genius who changed the world for the better. Home Cooking = the rest of us. Trying to figure out the audience for this book got even harder as I went inside. Recipes are aimed at those cooking for two, or six, or, if your home happens to be a restaurant, 20, or 75. This makes the accompanying photos of each step of the cooking process — a brilliant concept in and of itself — befuddling. If your recipe portion calls for one clove of garlic, but the photo shows 30 cloves sizzling away in a pan, you think you've made a huge mistake. Now multiply that times all the photos. One recipe called for 1 small cucumber but gave an exact weight of ¾ ounce, and 1 small red bell pepper was equated to 1 ounce. A friend asked if I was cooking for an iguana. Each of the 31 meals in the cookbook consists of three courses, and while some sound harmonious (Gazpacho, Black Rice with Squid, Bread with Chocolate and Olive Oil), others sound downright cacophonous (Tagliatelle Carbonara, Cod and Green Pepper Sandwich, Almond Soup with Ice Cream).

Adding to the perplexity of who I would sell this to is the simplicity versus difficulty aspect of many of the meals. Meal 19 calls for an easy starter of Spaghetti with Tomato and Basil, even giving instructions on how much water to boil for the pasta. But the dessert, Caramel Foam, requires a siphon and 2 to 14 N2O. cartridges, depending on how many servings you're whipping up. A beginner won't go out and buy a siphon and cartridges, an experienced cook won't need a recipe that teaches how to boil water, and a restaurant won't need any of this.

I think the fundamental problem with The Family Meal is that it's trying to be all things to all cooks. But that just isn't possible. Momofuku Milk Bar may be super-sweet and super-complicated, but it knows who it is, and therefore I know who to sell it to.

lisibit January 27, 2012
If you have that siphon and those N20 cartridges, the caramel foam is fantastic- an easy, make ahead dessert that still retains some wow factor.

TheWimpyVegetarian January 26, 2012
I don't see myself buying either of these cookbooks, but the review was really well done!! Can I just vote for the review?

saltandserenity January 22, 2012
I just bought Momofuku Milk Bar. It is a great read, and while I may not make every single recipe in the book, I will admit to ordering a 5 pound box of Feuilletine, just so I can make the Lemon Meringue Pistachio Pie this week. But then again, I'm the woman whose freezer looked like the King Arthur Flour showroom when I was participating in the Bread Baker's Apprentice Challenge.

garlic&lemon January 22, 2012
I liked this review and can see why she picked Milk, although those recipes make my teeth hurt just looking at them. Based on the list from Piglet, I was lucky enough to check out both of them from my city library! I have to agree with the lack of focus in Family Meal. Nonetheless, the whole first section (in which he gives the recipes for a multitude of basic Catalan sauces to put in your freezer for later use) of that book is terrific. I am definitely making those sauces! The pictures are very entertaining for "people who do cook to look at on the sofa." I think the ingredient quantities are "ballpark," and weren't double-checked by a conscientious editor.

jmddc January 22, 2012
I don't own either book but, like others, have looked at them and decided that neither would see much use in my kitchen. I do have the Momofuku corn cookie recipe from Lucky Peach and have been searching for the freeze dried corn to make that blasted corn powder!

You can find corn powder on the Momofuku website, or you can order Just Corn (made by the people who make Just Tomatoes) and process it into powder in a food processor. Have fun!

charlotte A. January 21, 2012
I enjoyed this review, although based on it I wouldn't buy either cookbook. Neither the recipes within recipes of Milk Bar or the "Tagliatelle Carbonara, Cod and Green Pepper Sandwich, Almond Soup with Ice Cream" as a menu option for a "home cooked" "family meal" appeal to me...

kaupilimakoa January 21, 2012
feeding the cookbook addiction, thanks piglet! I almost pulled the trigger on Milk last week and now I have to buy it!

JuliaB January 20, 2012
I own - and love - both books. I think The Family Meal is a fabulous idea, showing you how to cook affordable, healthy and quick meals, whether it's for the two of you, or for a big event. It's very logical. There is only one 'molecular' recipe, the caramel foam which is described in the review, but the rest of the recipes are very straight-forward.

With Milk Bar, I don't have a sweet tooth, but I worship at the foot of Momofuku and so this is the book I savour on the couch with a cup of tea. I've made the cookies and they've turned out fabulously.

gluttonforlife January 20, 2012
Two duds, imho, but such a succinct, authoritative review without a hint of bias.

I bought Milk only because I found the technical pastry information, and ''behind the scenes' info about running a bakery, valuable and interesting. The recipes, however, sound sickly sweet & dreadful.

I actually wrote a thesis about Ferran Adria...ate at El Bulli...attended his lecture to Harvard.... He is a sweet and fascinating man... love him. Unfortunately, Family Meals just does not appeal to me. I think it's more Phaidon's outdated publishing style than the actual content.

ChefJune January 19, 2012
Though I've not cooked from either book, I've perused both, and although I'm not likely to cook from either one, due to time constraints, Milk drew me in with its enticing desserts.

tsusan January 19, 2012
Delightful! and enlightening--liked hearing just how Milk Bar tested out, a mystery I've wanted to fathom since its publication; also glad to have some insight into its appeal. I think there should be a special shelf in every library for "cookbooks that make me want to cry". I know I have one.

mcs3000 January 19, 2012
Love the Piglet - savoring every word. Celia's review reminds me why we are so spoiled in the Bay Area - she is a treasure. I have learned that even if i know what I want when I visit Omnivore Books, I still ask Celia what she recommends. Like FOOD52, Celia has created a community with her bookstore; I can't imagine how I cooked before either existed.

Midge January 19, 2012
Another great review. I own Tosi's cookbook and while I've yet to carve out a serious chunk of time to bake anything out of it , it's a fun read and inspiring in a way that a lot baking books aren't.

Shalini January 19, 2012
Your list of comfort cooking cookbooks sounds inspired. I have some of them and will check the rest out.
The Family Meal Cookbook by Ferran Adria seems like it might be nice for people who don't cook, to look at, on the sofa. Or for those who do cook to look at on the sofa. Same with Momofuku Milk Bar. I haven't cooked from either but have thumbed through both, and the Milk Bar is one place I'd really like to go and eat.
The desserts look outsandingly delicious.