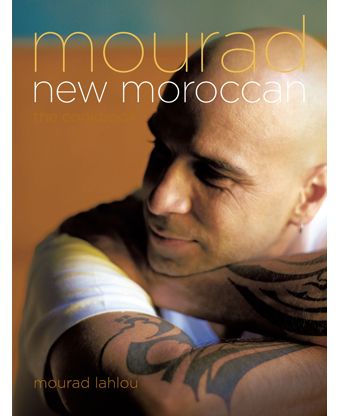 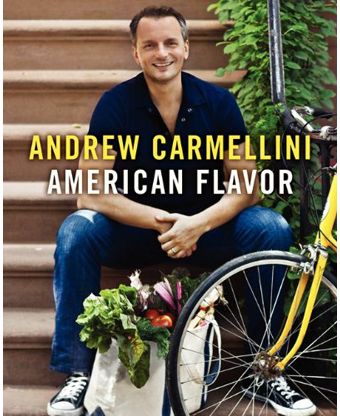 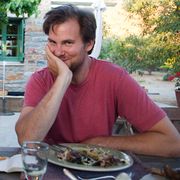 Hunter Lewis is the food editor of Bon Appétit. Prior to that, he was the Saveur kitchen director. Lewis cooked under Jonathan Waxman in Sonoma County, California, and at Barbuto in New York City, where he also tested the recipes for Waxman's 2007 book, A Great American Cook. He was a reporter at The Herald-Sun in Durham, North Carolina, where he wrote restaurant reviews and covered several beats, including higher education and crime. He also served stints as a short order cook from North Carolina to Idaho. A devout University of North Carolina basketball fan, he wants to see the team compete in next year's Piglet.

That's my first thought when I tear open the packages and begin flipping through the two books at my desk. Andrew Carmellini's American Flavor is a melting pot. Brash, polished, and full of scrapbook flair, with family Polaroids from the road and lush, casual full-page recipe photos, it looks like a New York City chef's 2011 mix tape of Jane and Michael Stern's Roadfood.

At first glance, Mourad Lahlou's Mourad: New Moroccan feels clinical. It's stark, dense, text-heavy, and full of sparse, ultra-modern plating that doesn't make the mouth water: a pickled strawberry here, a streak of chickpea spread across the plate there. Interspersed throughout are photos of the bald, tattooed chef from San Francisco. Here is Mourad pouring tea. Here is Mourad picking lemons from the tree while wearing headphones. Headphones — why?

I take the books home. Carmellini, the chef and co-owner of Locanda Verde and The Dutch in New York City (and, soon, Miami Beach) can spin a yarn. His introduction is so riveting that my wife begs me to share the book, and together we read his love letter to the open road and the kitchens where he has worked. "Before you can break the rules in a way that makes sense, you need to learn them," Carmellini writes. And so he did, beginning with his first kitchen job at age 14 in Ohio. Carmellini rose steadily: from weekend cook to then-New York governor Mario Cuomo, to a gig at San Dominico, to working on the line with Gray Kunz at Lespinasse. Then Le Cirque, Café Boulud, A Voce, and Locanda Verde.

Lahlou doesn't so much break the rules as create his own. Born in Casablanca, the self-taught chef-owner of Aziza in San Francisco took a different track, and his tale, that of a would-be economist with no formal training who learns to cook in his apartment kitchen from childhood memory, is no less spellbinding. Lahlou pays homage to his family, particularly his grandfather, who taught him how to maneuver the markets and build the menu for his extended family's midday meal. Lahlou opens a Moroccan restaurant to rave reviews in San Rafael, California, then closes it five years later in favor of a space across the Golden Gate Bridge in San Francisco, which he names after his mother. Stirred by the ingredients of Northern California, the chef's cooking philosophy and style evolve.

Into the kitchen with the dog-eared books. Inspire me. Teach me something new. Carmellini is a soulful cook, and his recipes are a mash-up of his road trip favorites, his restaurants' greatest hits, and riffs from his kitchen crews. He includes a rich, garnish-laden Posole that I'll make again. His lacquered Asian White Boy Ribs, sticky and tender, succeed. So too does the simple Spicy Summer Melon Salad laced with lime juice, sriracha, and fish sauce, and Carmellini's signature Crab on Toast from Locanda Verde. Still, some of the recipe titles grate, including How to Cook Shrimp Like a Pro, Not a Jerk, and The World's Best Biscuits — End of Story. Does the world really need a Mac-'N-Cheese-Stuffed Meatloaf from one of the best chefs of his generation? And there's this: "Skate is definitely a sustainable fish," he writes in the recipe for Pan-Fried Skate with Pickled Ramps. No, it's not. The more I read and cook from this book, the more I realize American Flavor is a cookbook for Carmellini's fans and the regular customers of his growing restaurant empire, and that's fine. If you're a young aspiring chef who wants to know how to make it in the restaurant business the old-school way, buy the book for the introduction alone. But is it essential reading? No. If you want real, definitive American flavor, check out Molly O'Neill's One Big Table.

The more I read Lahlou, the more I want to cook. There's a lot going on in here once you get past the photography and design. He urges the home cook to go the professional route with a simple digital kitchen scale, and he and his recipe testers include ingredient weights and volumes for greater accuracy. He's ahead of the curve here. The chef's treatise on spices and recipes for spice blends are essential, and I'm lucky to live near spice bazaars along Atlantic Avenue in Brooklyn, where the shop owners carry grains of paradise, black cardamom, and dried rosebuds, three of the 23 spices that go into the ras-el-hanout spice blend. My scale comes in handy here. On a weekend trip down South to visit family in Asheville, I make the book's shortcut version of briny red charmoula to marinate a rack of lamb and set some aside for saucing the chops. The dish enlivens my ailing grandfather's palate. Does the world need another recipe for preserved lemons, let alone a whole chapter about "Morocco's greatest culinary contribution to the world"? Yes, particularly if you want to prepare Lahlou's deviled eggs made with preserved-lemon mayo and then sprinkle them with cumin salt. Cumin salt! Why didn't I think of that? There are more revelations: marash pepper, salt-roasted potatoes, vadouvan brown butter (and granola), salt-baked tomatoes, and cauliflower couscous (florets grated on a Microplane). As for the more involved, chef-y recipes that require a fleet of prep cooks and dishwashers, I'll set them aside for another time. This is not the book for the harried cook looking to put dinner on the table tonight. It's a book that wakes up the palate.

bgebbqfanatic March 18, 2014
Made his quick Harissa, man it is delicious had it on some toaster rye topped with roasted cumin salt carrots and some goats cheese.

david P. February 12, 2014
I know this is a little late but I love "American Flavor" the italian wedding soup chicken meatballs, changed how i make meatballs. Fish Sauce on Melons, go to it. Large group on Fire Island that are food snobs, Hello Delicious Macaroni stuffed Meatloaf.

gluttonforlife February 2, 2012
Sold! You had me at cumin salt and vadouvan granola.

luvcookbooks January 31, 2012
Great review. Despite the review, feel that I should get both books because they are both good reading. Every time I resolve not to buy more books, something comes up ...

loubaby January 30, 2012
I am ordering this one, Truly Mexican and Mozza....so many recipes, so little time.

Burnt O. January 30, 2012
I would love to see a Piglet with Maroud's book up against Paula Wolfert's "The Food of Morocco" cookbook, but then, one of the beauties of the Piglet is comparing and contrasting such vastly different books with each other. Some of these judges must have just groaned in sympathy with Solomon when they opened their judging boxes.

Lambs' E. January 27, 2012
Morrocan food is a favourite of mine and something I prepare often at home. I am currently visiting San Francisco from Australia & hoped to get to Aziza, but am running out of time - aargh!
As for cumin salt - it is a revelation. Whenever I serve it with food my guests cannot believe how something so simple can make such a difference!

The S. January 26, 2012
He's right, Andrew Carmellini is a great writer, his book is riveting. Difference for me? It was available at the goodcook and the Mourad book was not. Dangit, I knew I wanted it and now I REALLY want it. Must order soon.

TheWimpyVegetarian January 26, 2012
I can't wait to get Lahou's book! There are a bazillion great restaurants in the SF, but Aziza has been in my top 2 or 3 for years now. His food is consistently spot on, and the desserts to die for.

sunnyluz January 26, 2012
This is the first review that has made me want to buy and cook from the book. As Victoria said, I'm ordering the book right now!

homemadecravings January 26, 2012
I am just LOVING The Piglet! I have so many books on my list after reading these insightful reviews.

ChefJune January 26, 2012
I am looking forward to digging into Lahlou's book. Moroccan food is SO seductive.