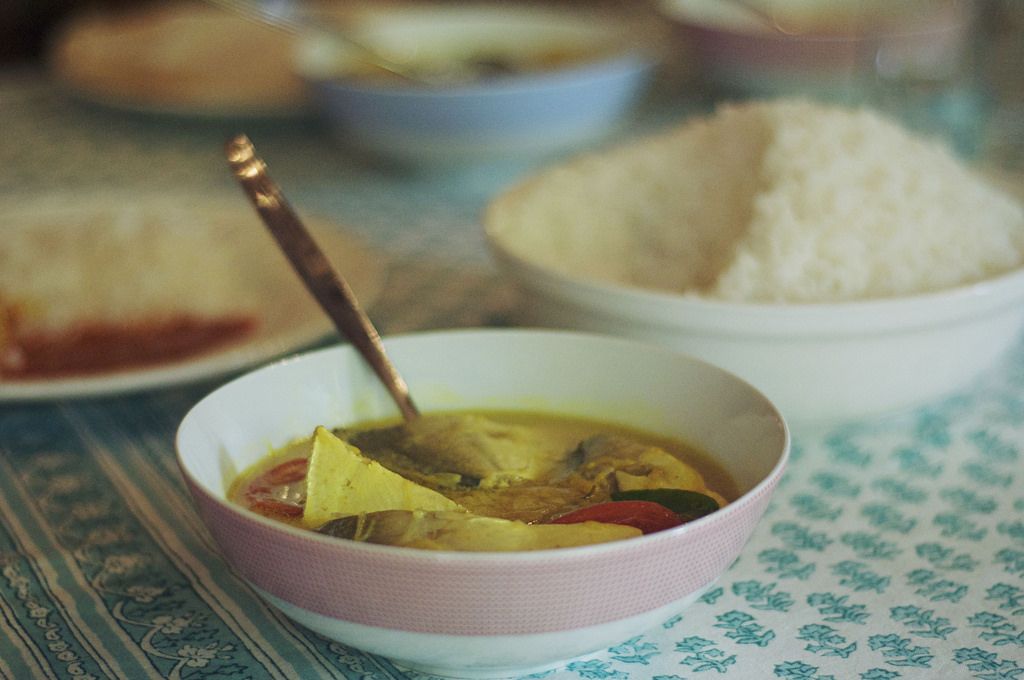 I'm from a town that firmly staked out a place for itself on the culinary map by lending its name to the famed Tellicherry black pepper. A seaside town in the south Indian state of Kerala, Tellicherry lies a few towns away from the beach where the Portuguese arrived to "discover" India. After just a whiff of the local offerings, the Europeans joined in on the spice trade that had been happening in these regions for millennia amongst the Chinese, Arabs, and Phoenicians. For all its romantic history, today Kerala is a modern and cosmopolitan society that's famous for fresh seafood and a skyline dominated by coconut palms for as far as the eye can see. Every now and then, however, you can get a glimpse of the past in the Chinese fishing nets, Arabic words sprinkled in the lexicon, the occasional colonial building in town, and the custards and stews that are now an integral part of the local cuisine. 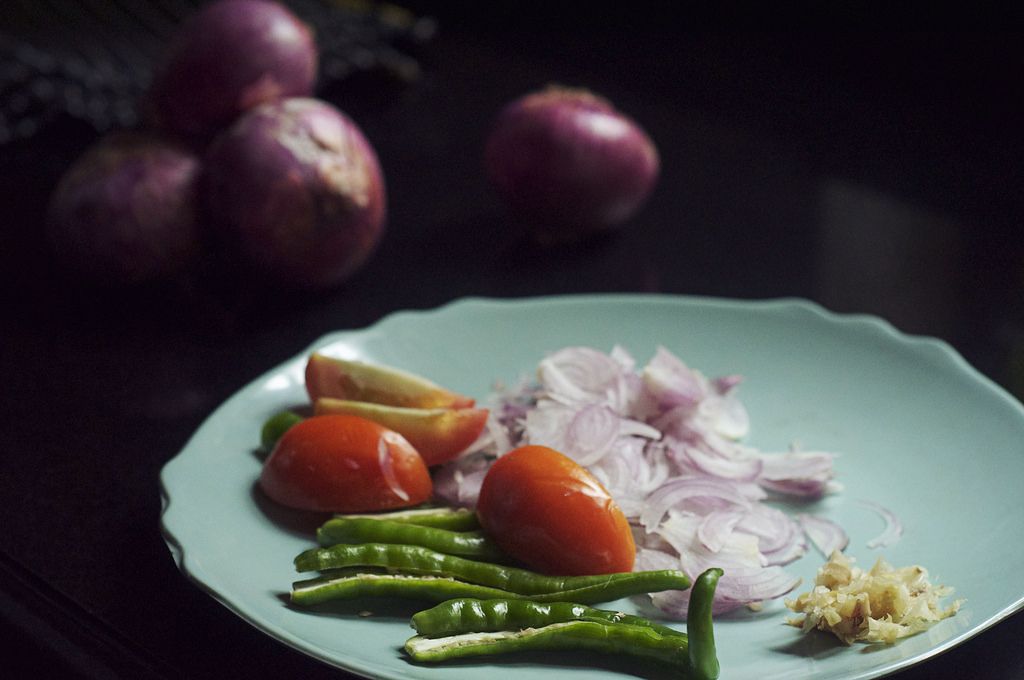 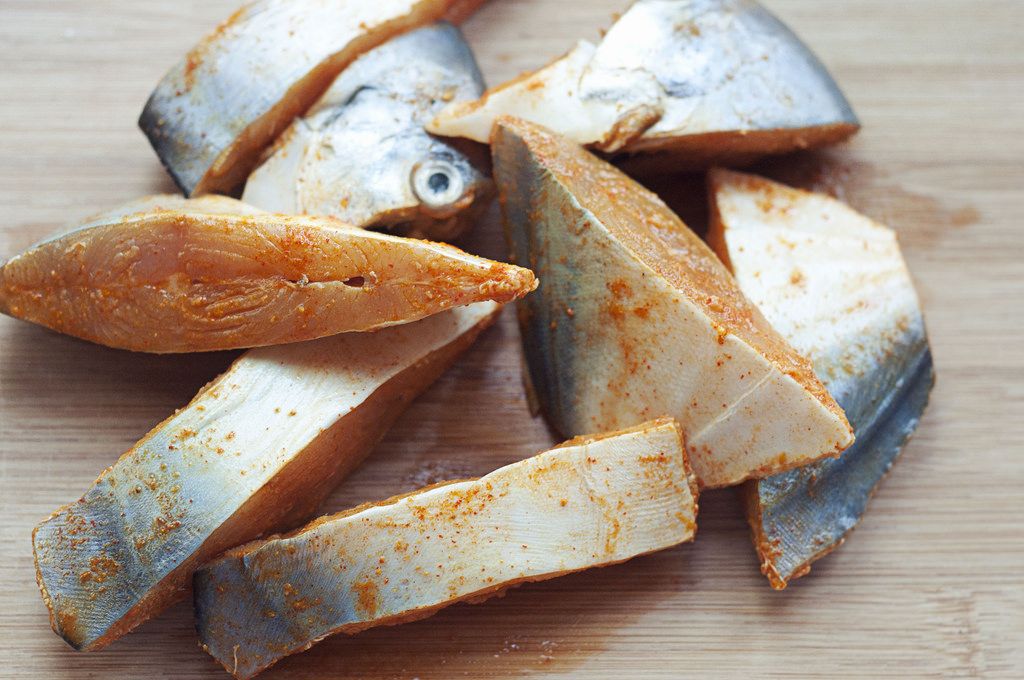 I mostly grew up in an 18th century home perched on a hill, with its own octagonal ballroom that sat on top of the house like a cherry on top of a cake. Like every old house, it came with its questionable stories, including one of a lady who fell to her death at a party while leaning out a window (who you can supposedly hear screaming on particularly quiet nights). But I really want to tell you about the feasts that were served in this house, and one dish in particular: meen moiley, or fish stew. Although its beginnings remain a mystery -- with some claiming that the name moiley/molee hints at its Portuguese origins, and others arguing that it was a contribution by the Malay -- it is now firmly entrenched in the local culinary repertoire. 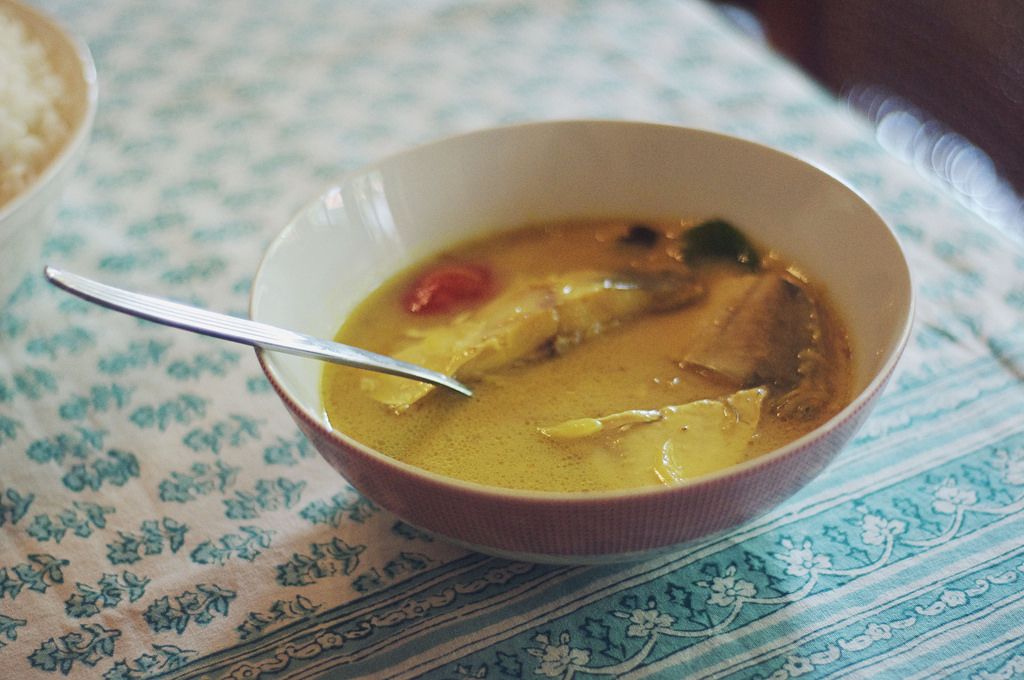 My mother tells me that whenever we had guests that were unfamiliar with the local cuisine, meen moiley was always part of the menu: It serves as a gentle introduction to the world of curry leaves, chilies, and coconut without being overwhelming. Bold spices are cooked with pieces of fresh fish, then gently simmered with coconut milk. This tames and mellows the flavors, and gives the dish depth. Although it’s the sort of dish that is so elegant that you’d want to include it in a meal meant to impress, it’s also one of those curries that is delicious and easy enough to make on a quiet night in. Traditionally, this curry calls for bone-in cuts of fresh fish, but fillets work just as well. Although it is customary to eat meen moiley with appams -- pancakes made of fermented rice with lacey, crisp edges -- it tastes equally good with boiled rice. I am, however, partial to cutting up a loaf of warm, soft bread into thick slices, mopping up the stew with it, and then licking my fingers afterward, for good measure. 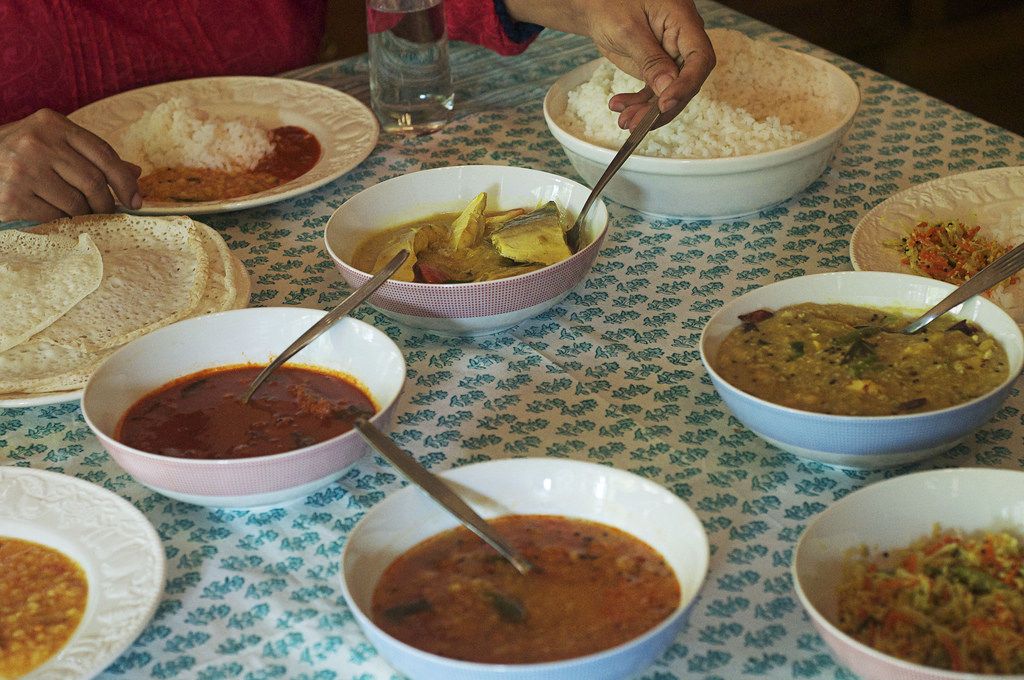 malabartearoom.com
An Indian food-writer with a penchant for cookbooks with obscure ingredients, Aysha spends most of her time adapting recipes from the world over in her small-town south-Indian kitchen with her mother, and recording the successful experiments at www.malabartearoom.com. When not tinkering about in the kitchen, she can be found reading up on possible Game of Thrones theories that will bring back Jon Snow.

HAJIRA March 4, 2015
Hey Tanya this recipe reminds me of the wonderful time spent with u"ll . Miss you much . I miss pomfret too .

Regine November 6, 2014
Would love to make but sea bass is so expensive. I have never heard of seer fish or pomfret either (as suggested in a prior post). Any other fish for us out there that don't know fancy fishes. LOL. Halibut? Salmon? Cod? Thanks!
Author Comment

Aysha |. November 7, 2014
Regine, any fish that has a mild flavour and firm flesh would do. Alternatively, you could use shrimp. I've never tried it, but I imagine it would be delicious.

Rinchen November 4, 2014
what would be a substitute for sea bass? BTW, we loved Kerala, especially the back water trips.
Author Comment

Aysha |. November 4, 2014
The backwaters are especially lovely! Seer fish or pomfret would both make excellent substitutes.

Lisa P. November 4, 2014
This looks wonderful! I have never used curry leaves before, are they available in grocery stores? If not, what would be an acceptable substitute.
Author Comment

cheese1227 November 4, 2014
This looks fabulous. I will certainly give it a try.
Author Comment

Shalini November 3, 2014
Yes! I am so excited to try this! Your dinner spread looks luscious. In addition to appams, what kind of (tomato?) chutney is that, and dal? We had Meen Moiley on a trip to Kerala en famille three years ago. Thank you for the recipe!
Author Comment

Aysha |. November 4, 2014
That's a chilli fish curry which is a staple at every meal! The other curries are dal, a carrot and cabbage saute, and tapioca :)