In honor of Mother's Day, we're unearthing Heirloom Recipes and memories from our community members' moms all week.

Today: Chef Lisa remembers some of her mother's most memorable kitchen creations—including a baked purse and pepper jelly.

My mother was the quintessential Southern Belle. She almost always donned a simple dress covered by a bright apron. Her apron always smelled of the day’s cooking. I know this because it’s where I ran to safety when my brother was tormenting me. I’d grab her, hold on, and take in all of those kitchen smells.

For the better part of her day, my "muh," as we called her, confined herself to the kitchen. It was her domain. She would rise at 4:30 AM each morning to make buttermilk biscuits to go with my Dad’s fried egg. He always took his biscuit and egg “to-go," wrapped in a paper napkin. He owned his own business and worked seven days a week—and every day his breakfast was the same. (Pardon my yawn!)

More: Learn how to make the perfect fried egg to go with your biscuits. 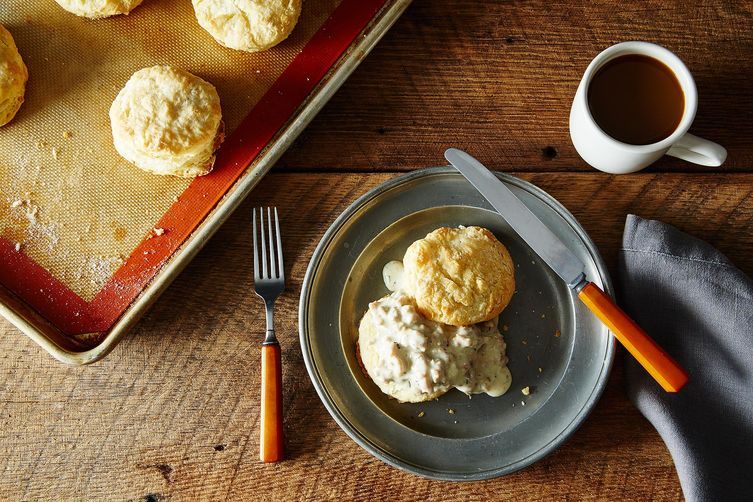 My mother made buttermilk biscuits for my father every morning.

After he left each morning, my mother would prepare breakfast for the remaining brood—except for me, the youngest of three. I refused to eat breakfast, which caused her great angst, as she was a true believer in the importance of a morning meal. I must admit she did get fairly creative with her offerings. My personal favorite was her creative attempt to get me to eat cereal.

For this, she used simple logic: Most five-year-olds like ice cream, and most five-year-olds also put sugar in with the cereal and milk. (In the mid 1950s, most cereals did not contain the large quantities of sugar that exist in today's products.) So, she decided to connect the dots and try ice cream with cereal. She stirred vanilla ice cream by hand until it resembled a soft serve. She then mixed it together with cereal and proudly offered it to me. Believe it or not, I refused to touch it—we fought the breakfast battle until I left for college. 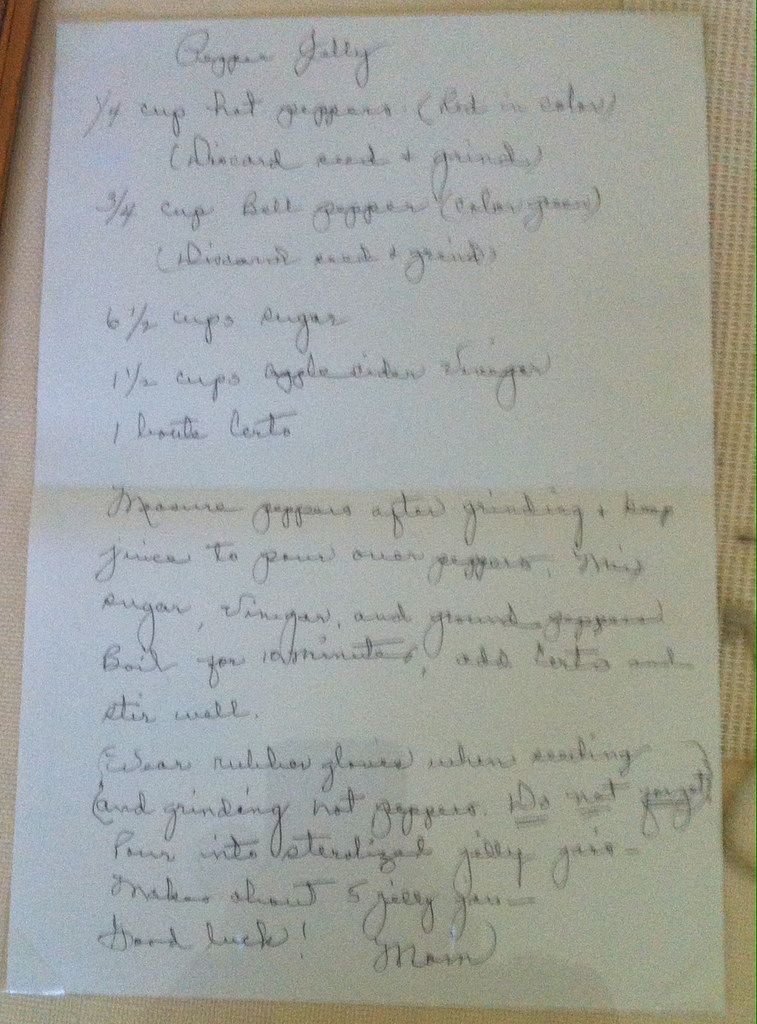 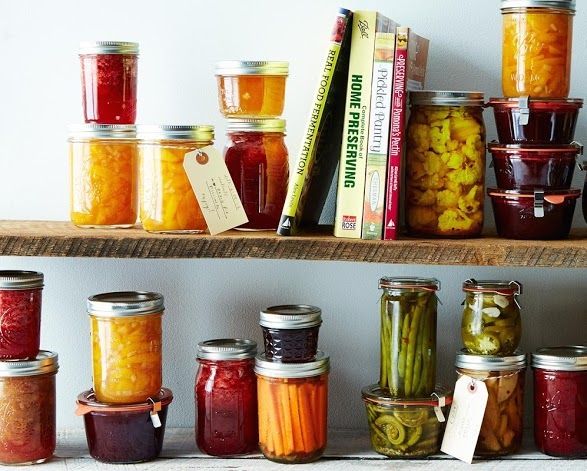 Left: My mother's hand-written recipe for pepper jelly. It reads: "Wear gloves when seeding and grinding peppers. Do not forget!"

Both my mother and grandmother had a college education. I'm still impressed by this, given the era in which they lived. My mother studied bacteriology and really understood the science of food. I don’t ever recall her making a blunder; everything she prepared came out exactly as intended. She considered using pre-packaged mixes, canned vegetables, and similar “shortcuts” to be a crime, punishable by imprisonment or death. Instead, she made everything from scratch. My three siblings and I always had a baked treat waiting for us after school. She’d make cookies, pies, cakes, and snack bars. She also collected (and wrote) literally thousands of recipes. 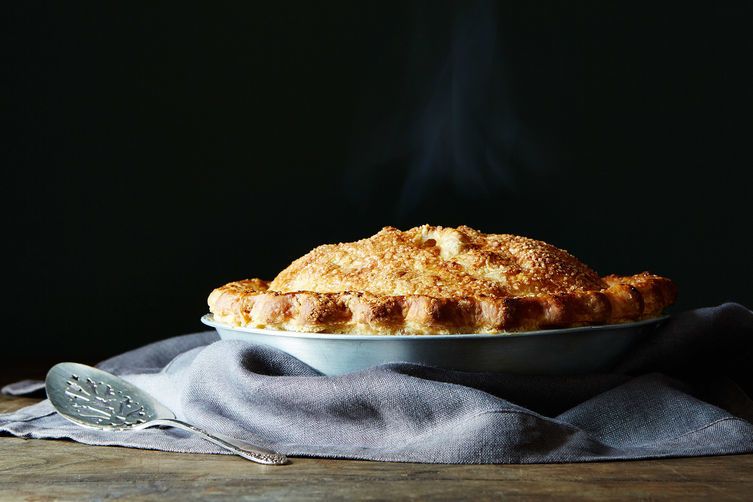 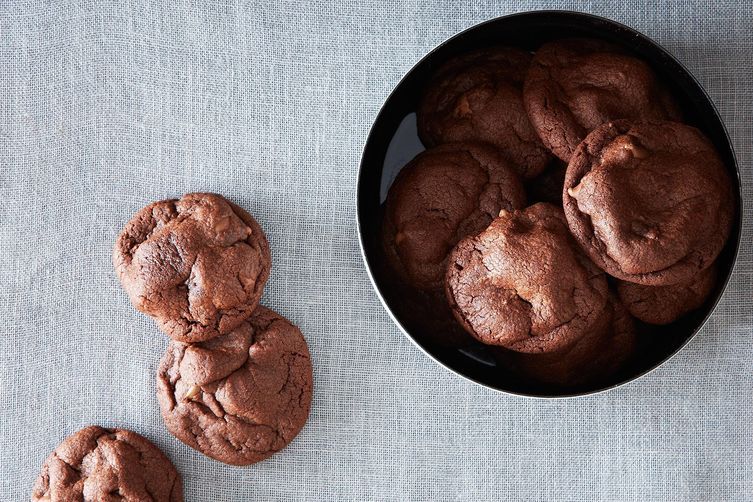 My mother made the best baked after-school snacks.

No food blunders does not mean that there were no missteps in the kitchen. I recall she was always hiding her purse. If left in plain view, she ran the risk of one of us rifling through it for change, gum, or lipstick. She had to switch its hiding places frequently because we were crafty, too. One day, she was preparing a cake, and as the oven was preheating, I asked about the strange odor in the kitchen and opened the oven door to find her purse! It was a good hiding place—we never would have thought to look there. So, maybe “baked purse” could be considered a blunder.

Because no one needs another recipe for ice cream or cereal (or purse, for that matter), I’m sharing another recipe of hers, for pepper jelly. Take note of the motherly tone she used in the recipe card pictured. My mother instilled my passion for cooking and for life. Whenever I’m asked, “Where are you from?" the best answer I can give is, “From parents who cared." Happy, joyous Mother’s Day.