For any non-dad, Father’s Day feels like a hard one to get right. Do you plan a full schedule of activities? Or do you let dad relax? Do you take him out for dinner? Or do you cook him a nice meal? And what about a gift? Does he really need another grilling set? How about a salami bouquet? The options are at once completely overwhelming and totally limited. Lucky for us, we have the inside scoop. And as it turns out, all dad really wants is a good breakfast. 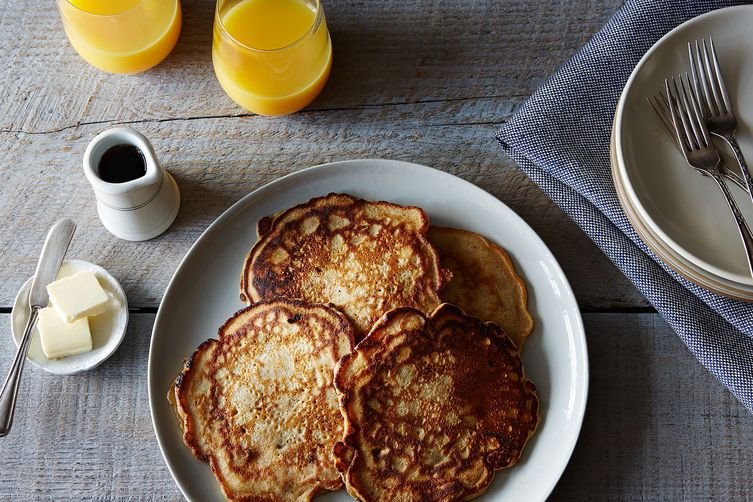 A lot of men will insist that they don’t want Father's Day to be a big deal.

Take note: These men are lying.

Not only do they want a big deal made over them, they specifically want it made over their breakfast—and there are a few good reasons for this.

First, since Dad is probably getting a tie, he’s not emotionally invested in a gift. Second, when you have kids, no meal suffers more than breakfast (because little people are biologically designed to be at their most active and attention-starved early in the day.) Think about it—if you have children, when’s the last time you saw your spouse eat anything other than fruit, cereal, toast, or coffee for breakfast? Exactly.

So, this Father’s Day, consider breakfast for a change. Here are five ideas for what to make that everyone (especially Dad) will like: 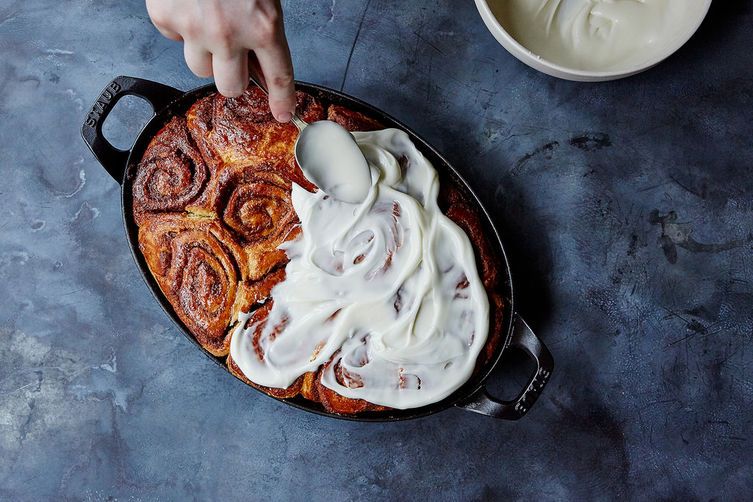 True story: Fatherly’s first office was down the street from Four & Twenty Blackbirds, a Brooklyn bakery famous for its pies but known to aficionados for the form of its cinnamon rolls (which are basically perfect). I got my coffee there every morning and waged an internal war to avoid buying one (you know, #dadbod and all that). One day, it all became too much and I stared just a bit too longingly at the pastry case. The nice lady behind the counter asked if I wanted anything, and I snapped, “Yes, I want a punchcard that you punch every day that I come in here and don’t buy a cinnamon roll, and on the eleventh punch, I want ALL the cinnamon rolls.”

She thought I was weird. 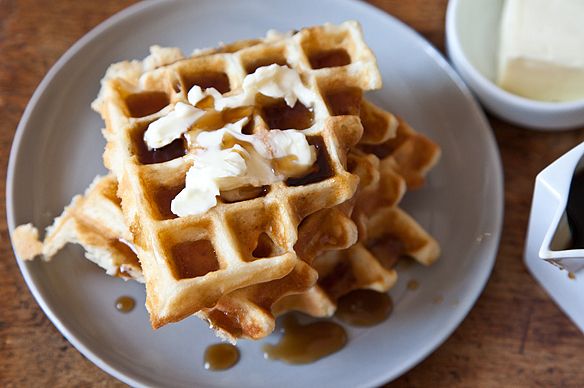 There are 2 kinds of people in the world: waffle people and pancake people. There’s something a little cosmopolitan about a waffle compared to a pancake. The latter is quintessentially American, while the former requires fancy gear and has a vague European affectation to it. My father is a dyed-in-the-wool waffle man, but his rationale has its own country charm (ironic, considering he is a suburban Jew): Waffles are the superior maple syrup delivery vehicle, and maple syrup is something my dad takes very seriously. He prefers Grade B (C if you can get it), and if it comes from even one mile beyond the Vermont border, don’t bother taking the cap off. Sunday waffles were a tradition in my house (as you might imagine). 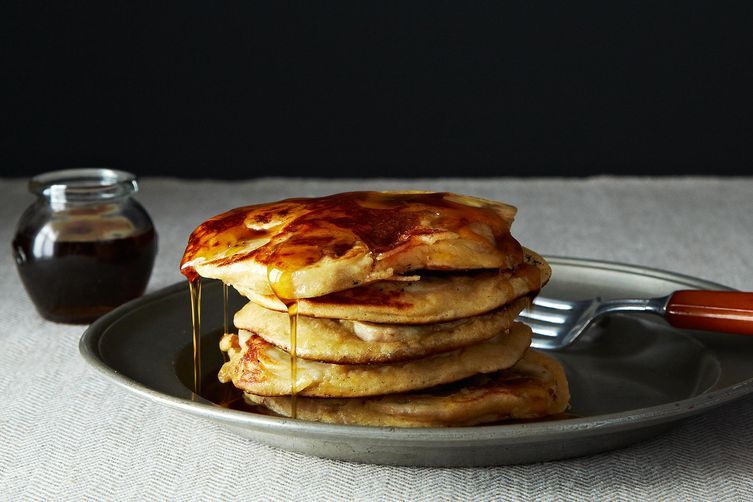 Actually, there’s a third kind of person in the world: waffle and pancake people. I’m that kind. 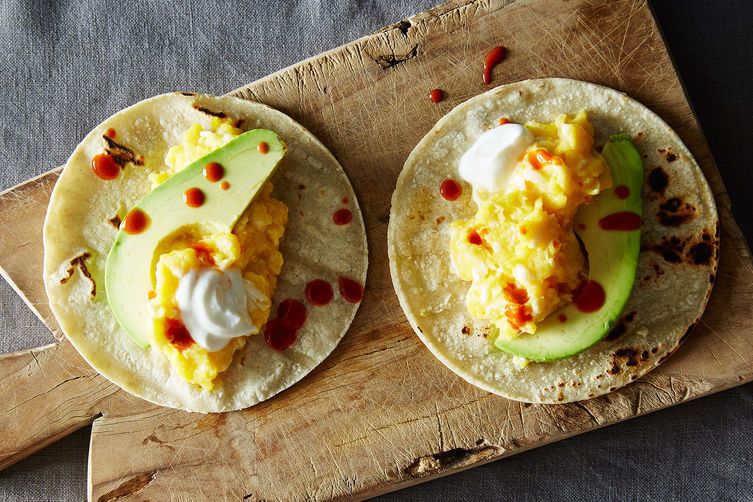 Breakfast tacos are a great Father’s Day breakfast because they're fun for kids to eat and there’s something a little dangerous about having them for breakfast. You can tell your children with a mischievous grin, “We’re having breakfast for dinner!" and they won’t know until they’re in college that it actually means you don’t know how to cook anything else. 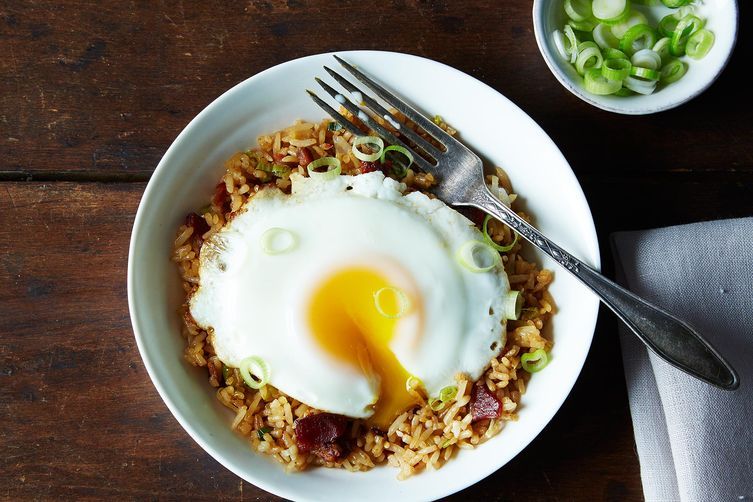 There is one overarching rule about Father’s Day breakfast: When in doubt, there's always bacon. The beauty of this rice is that it provides perfect context for bacon that is a) fancy-seeming enough and b) ridiculously simple to make. It’s basically just eggs, bacon, and rice, so your partner can get everything whipped up quickly and let your kid assemble it, which makes them feel way more involved than if they’re just carrying the tray to the table or the bedroom.

I would suggest one slight tweak to the recipe, though: Double the bacon. If your dad's got a sweet tooth, whip him up this easy speculoos cake (if you've ever tasted Trader Joe's Cookie Butter, that's the flavor of speculoos cookies). This moist sheet cake, which tastes like rich, warm spices thanks to the Cookie Butter in the batter, pairs perfectly with a hot cup of coffee or an ice cold brew. Your dad will be oh so impressed that you made this sweet-yet-savory sausage all by yourself (you know, instead of just picking up a package from the store). Made with tart apples, plenty of herbs, Dijon mustard, and ground pork, this sausage can be made days ahead of the holiday and heated up the morning of. Our favorite way to serve it: alongside creamy scrambled eggs with a bit of ketchup or hot sauce. This spicy, hearty shakshuka is the best way to kick off any Father's Day festivities. As a bonus, it's extra easy to make. The grains, tomato-y stew, and perfectly poached eggs all come together in one skillet, which means you'll spend less time doing the dishes and more time hanging out with dad. This isn't your average breakfast sandwich of dry scrambled eggs and floppy bread. This flavor-packed number gets its star power from Swiss chard cooked until soft and tangy in mustard and heavy cream, along with sharp cheddar, perfect fried eggs, and fluffy biscuits. For all of you out there with vegan dads, make this tasty tofu breakfast scramble. It's packed with flavor thanks to garlic, nutritional yeast, and lots of spices, and still maintains that egg-y texture using a combination of extra-firm tofu and chopped vegetables. If you're feeling really ambitious, turn it into a breakfast burrito with tempeh bacon and fresh avocado.

What are you making your dad for breakfast this Father's Day? Tell us in the comments below!

Cary May 27, 2019
Try the smothered Denver Burrito at that little place in Denver between Lincoln and Broadway. I think it's on Ellsworth or 2nd St.
Best breakfast ever, wish I were there.