Every other week we get Down & Dirty, in which we break down our favorite unique seasonal fruits, vegetables, and more.

Today: Put chamomile to use in more than just a great cup of tea. 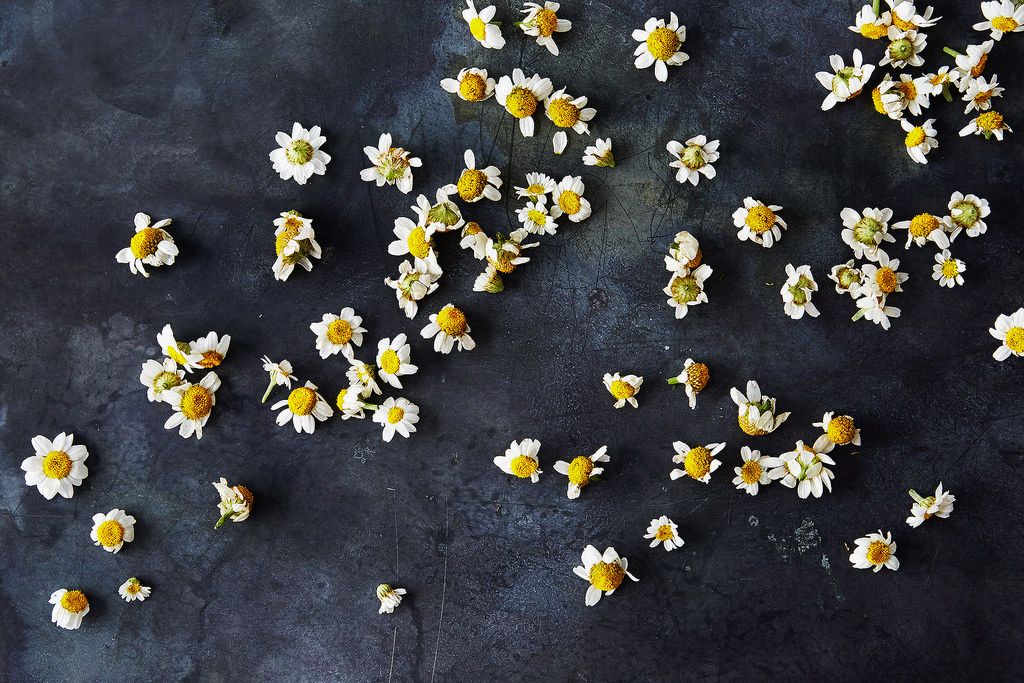 Chamomile flowers look like tiny daisies, and unless you already know better, they seem best suited for delicate decorations on a woodland crown. But while they are in the same plant family—Asteraceae—as daisies, they're more than just a pretty face: They're a useful herb, too. Asteraceae is the same family that artichokes, burdock, and cardoons belong to, so it's little wonder that Deborah Madison’s father described the family as “some rough stuff from out of doors.”

More: Pick up some seeds and grow your own. (Unless you're aiming for a whole field of flowers, you probably won't need a chamomile rake, but it's good to know that it's an option.) 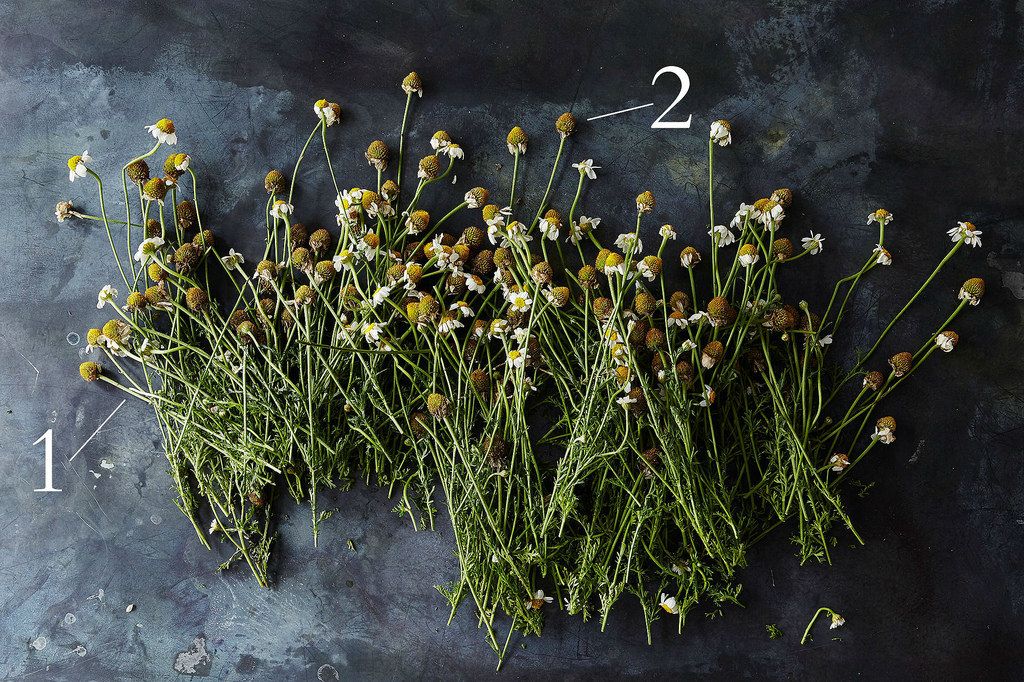 Chamomile is used to help soothe upset stomachs, ease stress, and help you get your Zs, but it belongs on your plate, too. Here are 10 ideas for putting chamomile to good use in the kitchen:

1) Add fresh flower heads to salads.
2) Make your own herbal tea to enjoy with breakfast.
3) At the end of the day, use your chamomile tea in a hot toddy.
4) Food52er aargersi suggests using chamomile tea to make rice, a tea and honey panna cotta, or tea-poached pears.
5) Dry your chamomile so you have some to enjoy long after the fresh herbs of summer are gone. Heidi Swanson dries edible flowers by arranging them in a single layer on a parchment-lined baking sheet. She leaves them for about a week, tossing them with her fingertips every day or so until they are dry and crisp. Once they seem completely dry, she gives them another couple of days to make sure any residual moisture is gone and then transfers them to an air-tight container to store.
6) Food52er KingKelsey uses chamomile to infuse alcohol, saying, “It makes awesome cocktails.”
7) Or, instead of infusing, make chamomile sugar cubes and drop those into a cocktail instead.
8) Use your dried chamomile to make Chamomile Lemon Cupcakes with Honey Buttercream Frosting.
9) You can also put dried chamomile to use in Anthony Myint’s French Toast Crunch, an indulgent treat that’s a cross between crème brûlée, French toast, and tres leches cake. Serving it with a puddle of Tahitian Vanilla Bean & Egyptian Chamomile Blossom Maple Syrup wouldn't be a bad idea, either.
10) Use chamomile in homemade soap. (Just to clear, this is not an edible option. We're in favor of washing hands, not mouths, with soap.)

More: Chamomile is also one of the secret weapons of biodynamic wine producers around the world.

Tell us: What are your favorite ways to use chamomile?

Eva V. August 26, 2015
Thanks for those ideas!
A chamomile tea rinse will liven up blonde hair. I use it once a month, brew a big pot of strong tea (a bit of mint will give your scalp a nice tingle), let it cool and then pour over your hair, leave for 5 minutes and then rinse.

Sophia R. June 29, 2015
Thanks for sharing this! Chamomile is such a wonderful ingredient - it is wonderful for macerating strawberries and, come autumn, I love poaching pears in it (that, on top of thick goat yoghurt and alongside some shortbread fingers and you have an usual, delicious yet simple dessert).

Amy June 27, 2015
I love the idea of adding the flowers to salads - chamomile cocktails sound interesting too haha!