Can Random Ideas (& Too Many Tomatoes) Turn Into Dinner?

How does an idea for a recipe become a reality? Every other week, Elizabeth Stark from Brooklyn Supper will turn inspiration into dinner (and dessert).

Today: What do you do with too many tomatoes, plums not worthy of snacking on, and some random late-night ideas? Make a galette. 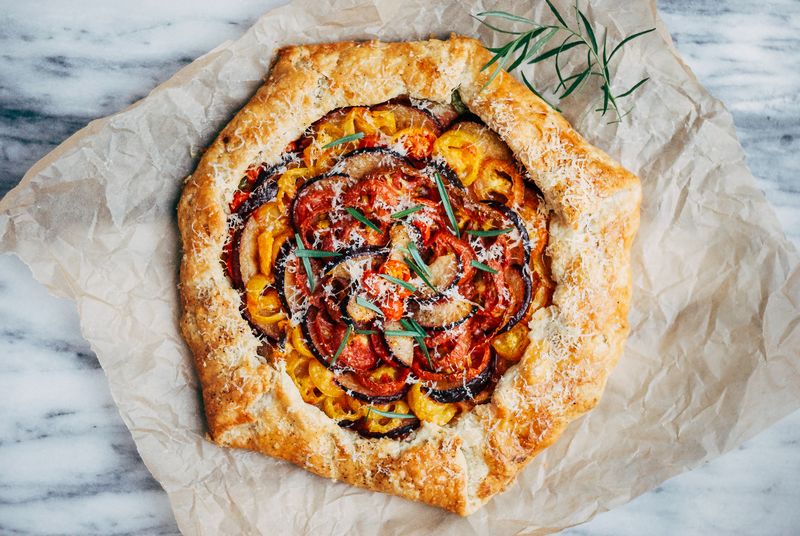 Of all the thoughts that can take over a brain as it drifts to sleep, food is a pretty good one—better than, say, every embarrassing thing I've said since kindergarten or whether this cough could be a symptom of something serious. But my late-night food thoughts keep me awake anyway, making notes on my phone. That's how this galette started.

Tomatoes were on my mind. I had (and still have) piles of black cherry and Matt's Wild Cherry Tomatoes from my yard and knew that I wanted and needed to put them to use. That night, as I drifted off, I made the following notes on my phone:

This was a reassuring note to wake up to—it represented the start of a recipe that could actually be made rather than the usual mish-mash of ingredients. In fact, I was happy with the idea of black pepper and Parmesan crust and decided to make that without any changes. But the tomato pairings felt staid. 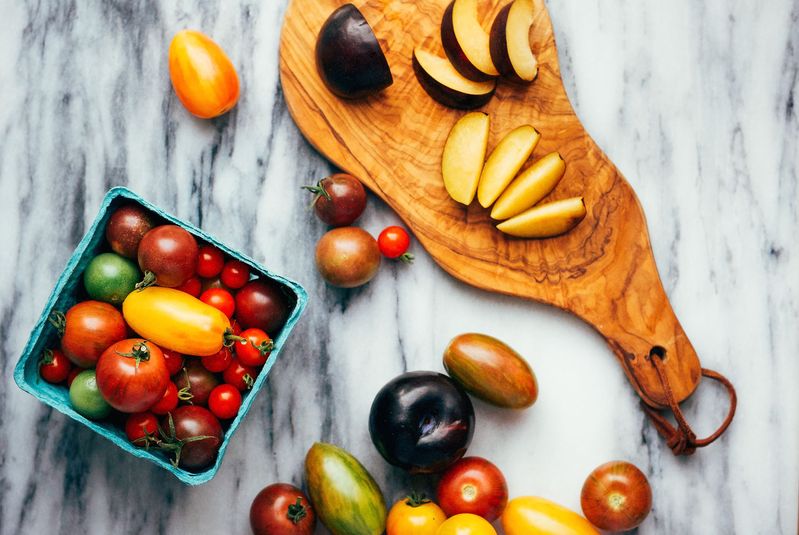 I searched my kitchen for something that spoke to me, and found the answer right there on the counter: black plums. They were nothing special as eating-plums—not very sweet or juicy—but these weaknesses would make them perfect for baking. I thought they'd lend substance to the tart while balancing the acidity and juices of the tomatoes. I'll often add plums to summery tomato salads, more a happy afterthought than anything else, but adding them to a galette felt like a smart move.

With the flavor pairing set, I made a quick mental switch from tart to galette—mostly because this sour cherry galette was such a stunner and I was hoping a savory version might be similarly delicious; also, galettes have more crust and I really love crust.

To my faithful crust recipe I added finely grated Parmesan and several twists of black pepper, as well as a few tablespoons of sour cream for savory tang and added elasticity. I picked up the sour cream trick up from the smart cooks of Cook's Illustrated years ago and have found the addition of sour cream makes dough easier to handle—key on a hot summer day—as well as wonderfully tender and flaky. 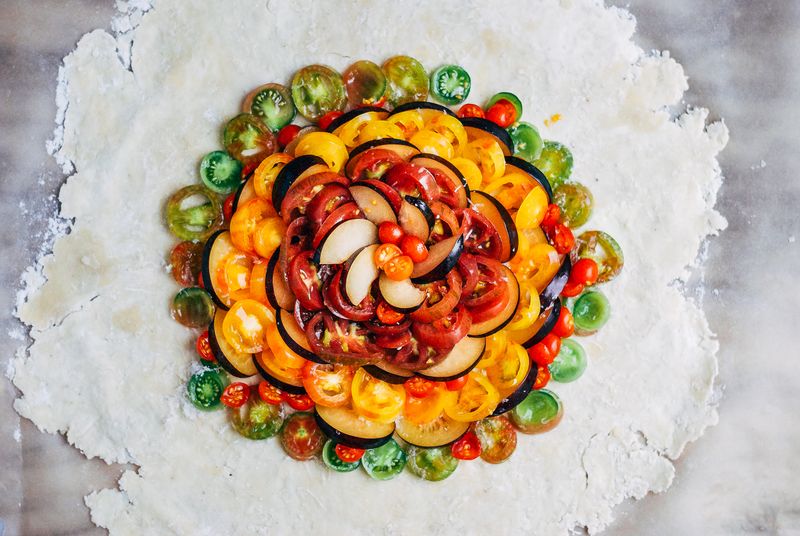 My first go at this recipe didn't totally work out for reasons I should have foreseen. Scooping the seeds out of cherry tomatoes seemed fussy, so I sent the first test into the oven, seeds and all. I was also sparing with the cheese in an effort to emphasize the tomatoes and plums. The finished test galette was soggy, with the cheese was too spare to make an impression.

The second time around, I dutifully seeded, salted, and drained the tomatoes and I added Parmesan with abandon. The resulting crust was flaky and crisp and light and cheesy, with a deep tomato flavor balanced by the jamminess of the plums.

Late-season basil—or more specifically, the late-season basil growing in my garden—had developed fennel-y undertones, but my tarragon has remained wonderfully understated. And so I passed over the usual suspect and scattered a few leaves of torn tarragon over the finished galette instead. As always, I also added a pinch of sea salt and lots of black pepper (which I love almost as much as salt). 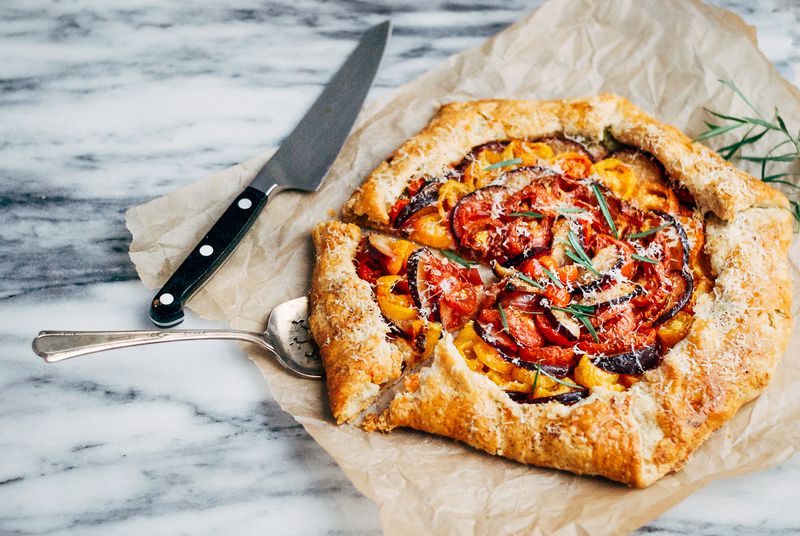 francoisdossou August 13, 2016
can you try it with other cheese to see the difference look and the taste?

Aysegul S. August 12, 2016
Looks amazing. Such great tips! I have to try the sour cream trick.

Jahwayne A. June 26, 2016
Looking good! yet realize who Iam and what is really going on!

lisaandfrancescook.com August 22, 2015
I made this and it was wonderful. I made some tweaks since it was what I had on hand and the result was great. I substituted 2% Greek yogurt for the sour cream and used Asiago cheese in place of the Parmesan. Reheated leftovers the next day were just just as delicious!

blackjack August 16, 2015
Have you tried it without the plums?
Author Comment

Elizabeth S. August 17, 2015
Hi there, I haven't tried this recipe without them, but I'm sure it will work. Be mindful of sogginess though, and make sure tomatoes are well salted, seeded, and drained before cooking. Otherwise, sub a comparable number of tomatoes for the plums and you should be good to go.