The Herb That's Happy Everywhere from Soap to Shortbread

Stop and smell (and eat) the flowers. 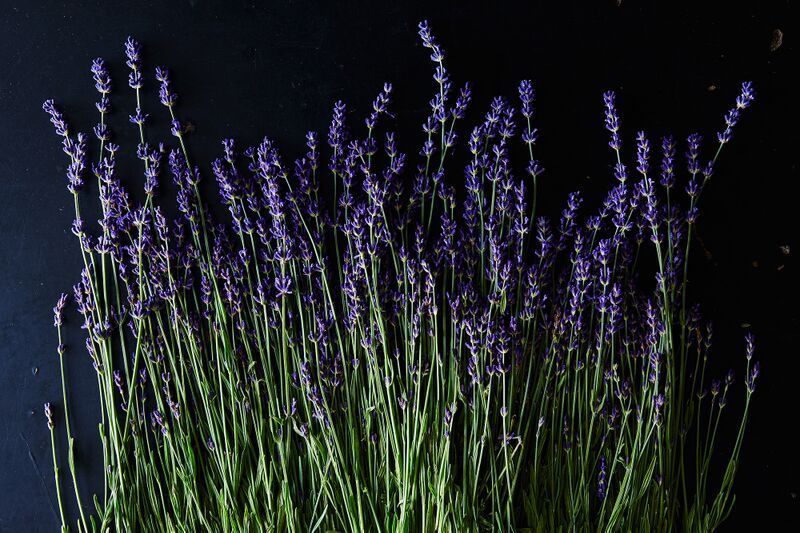 Take a moment and do a word association with lavender: Soap. Light purple. Fragrant.

I bet you’re less than five thoughts in before you begin reciting that old English nursery rhyme “Lavender blue, dilly dilly, lavender green….” While this tune has shown up in multiple Disney movies, the original verses weren’t exactly suited to nursery school-aged children. In 75 Exceptional Herbs for Your Garden, Jack Staub writes that the original lyrics were less kid-friendly and more adult-oriented. They dealt with drinking and, ah, amorous activity: “Whilst you and I, diddle, diddle….” Racy stuff.

That's because, like many herbs, lavender has enjoyed all sorts of purported benefits attached to it throughout the years. So while you were likely already familiar with lavender’s calming effects, you might not have know it was once thought to be an aphrodisiac, too. In case the nursery rhyme didn’t convince you, Staub also notes that lavender was “strewn around Cleopatra’s chambers to entice both Julius Caesar and Mark Antony.” 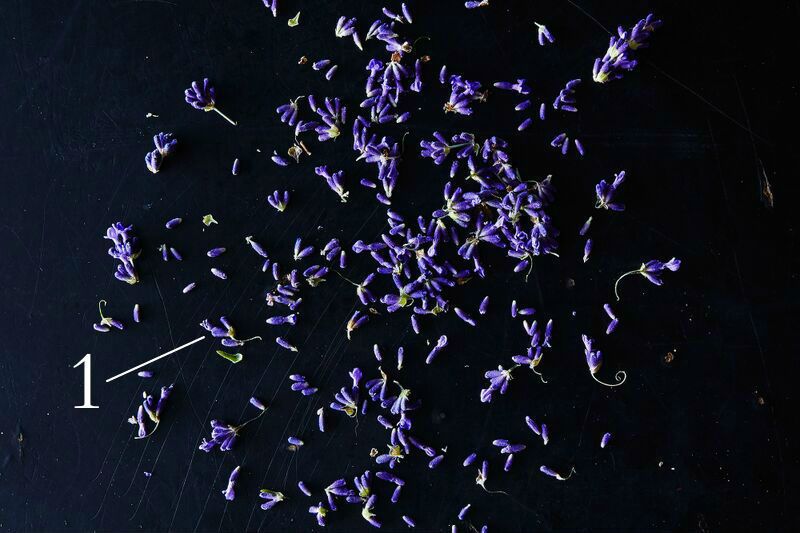 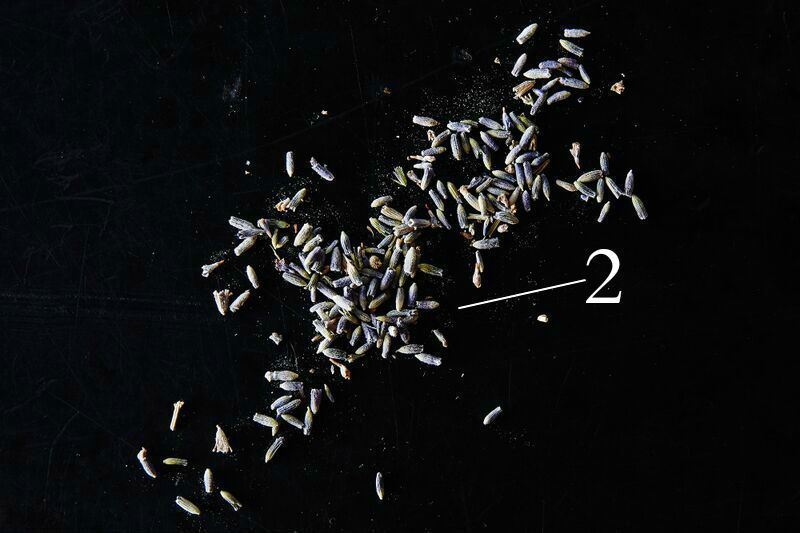 Lavender belongs to the mint family, along with a number of other herbs like lemon balm, shiso, and rosemary. With most of those herbs, you’re mainly using the leaves (though their blooms are an added bonus if you’re a gardener or have a well-stocked farmers market). With lavender, though, you’re only using the flower buds (ideally before they’ve opened), so strip the buds (4, pictured below) off the stems (3, below), as you might thyme leaves.

If you’re looking to cook with the lavender you acquire and not just pop it into a vase, make sure that it is intended for culinary use—both in terms of variety and what might have been sprayed on it. Deborah Madison notes that both English and French lavender are “suitable for cooking” (whichever type you use, she cautions to use lavender with a light hand).

When you buy fresh lavender (1, above) from the farmers market, set some aside—you can dry it yourself to save some for later. If you’re buying it already dried (2, above), make sure it is food grade lavender and not intended for a bowl of potpourri. 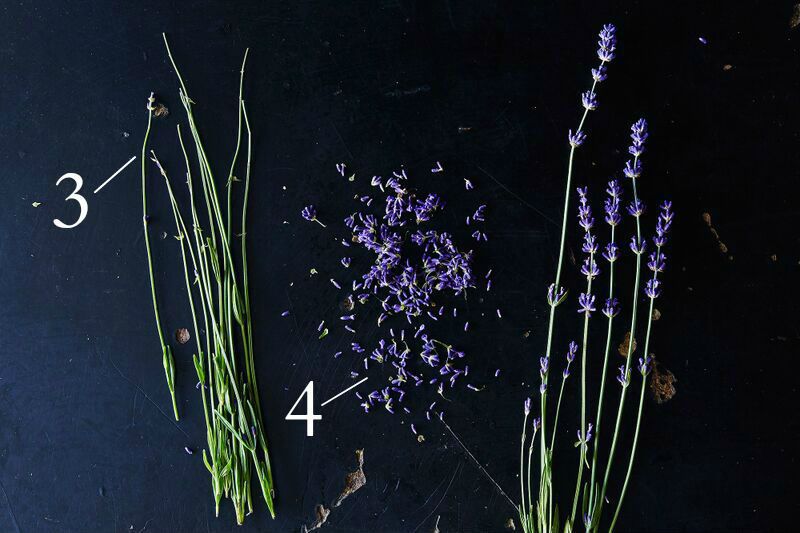 Lavender is less universally beloved an herb than other members of the family, like basil. Some people associate it so much with cleaning products that it’s hard to think of it as appetizing. But if you are a fan of its fragrant ways, here are some ideas for perfuming your food with lavender: 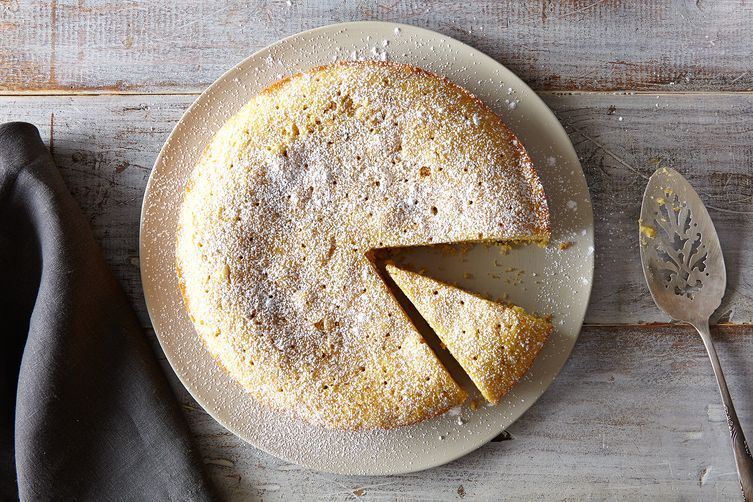 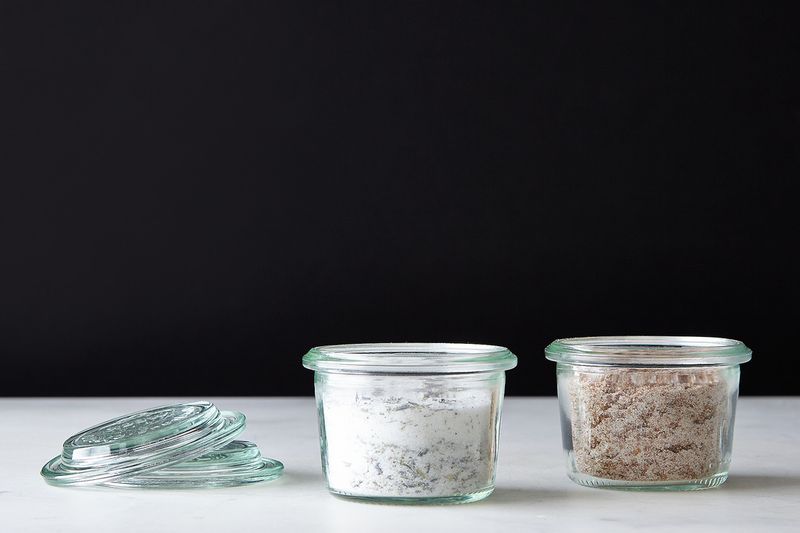 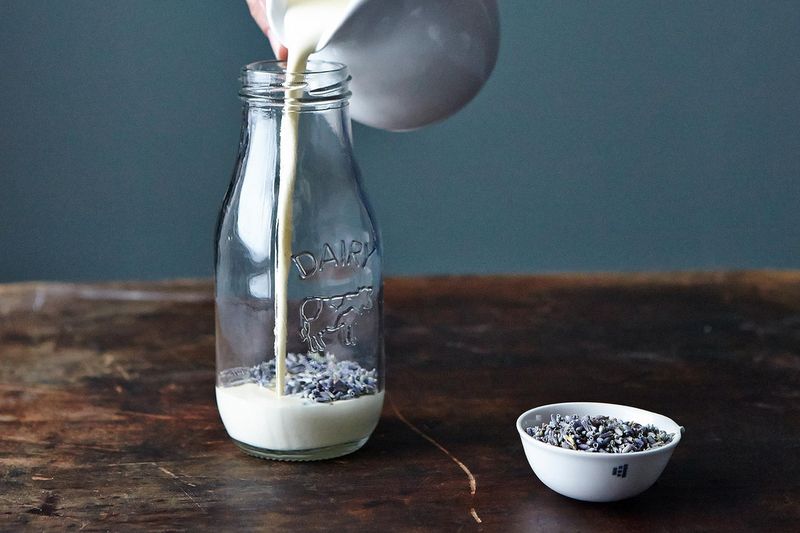 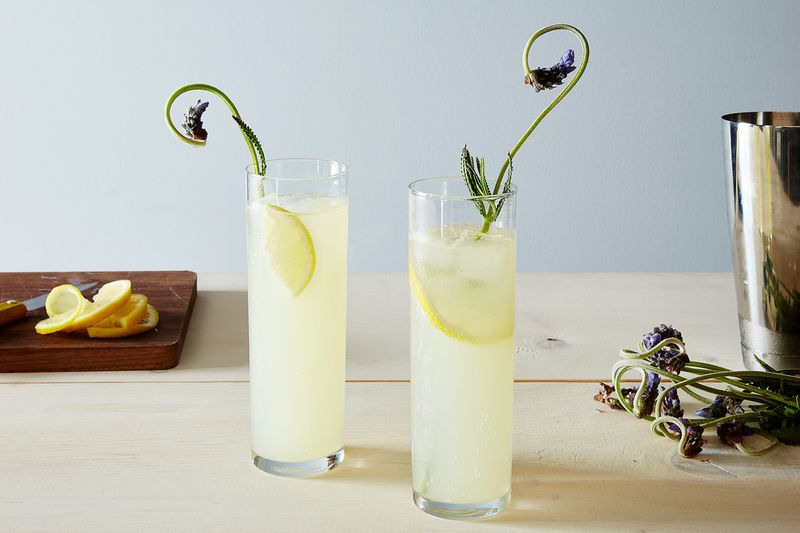 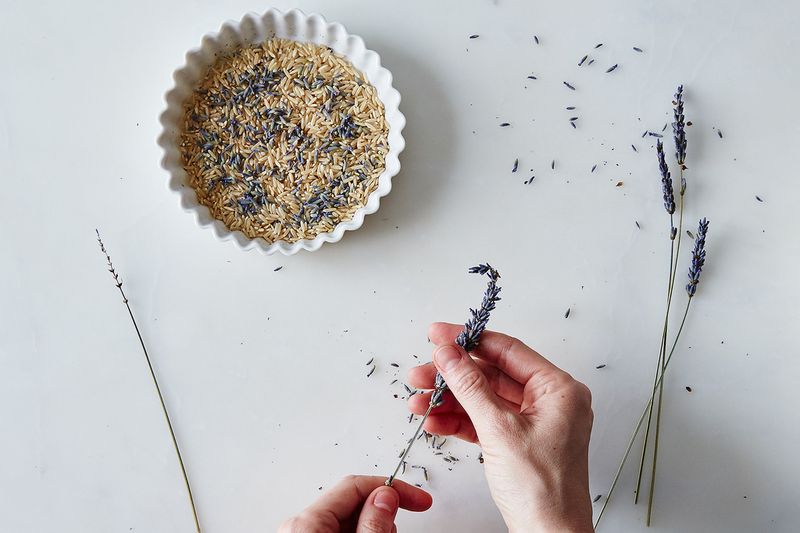 Tell us: What's your favorite way to cook (or not) with lavender?

Lindsay-Jean H. September 13, 2015
Yum. Do you add lavender to your Royal Wedding Scones? Or another recipe altogether?