Homemade Curly Fries: The Best Use For a Spiralizer

Even if you vow to never make zoodles, vegetti, or zusketti, I urge you to buy a spiralizer. 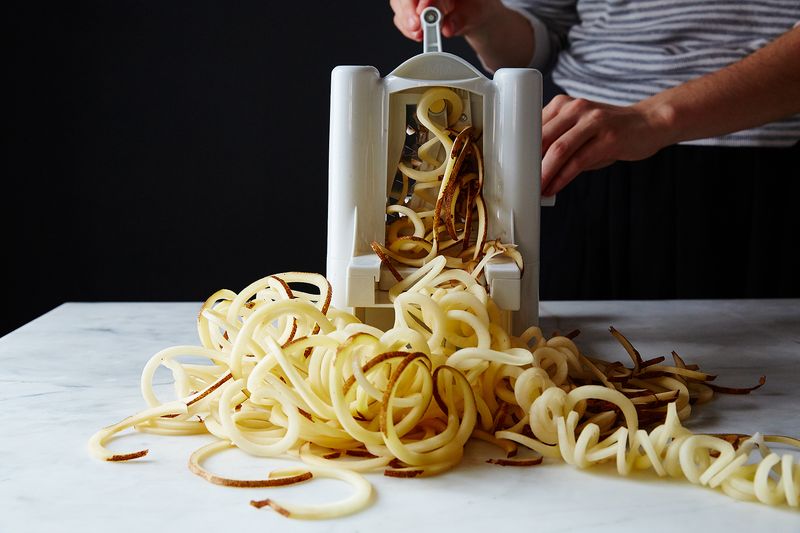 Before the spiralizer, curly fries were hard to DIY, their spiral shape beguiling to the home cook, unattainable with a knife or other tool. With a spiralizer, one potato turns into many-foot-long curls, which could be cut into traditional fry-lengths—or not.

With the shape covered (thanks a million, spiralizer!), the only part that requires tinkering with is the spice mixture. While I've never been to Arby's, sources say they have the best curly fries. The internet came through with their seasoning—and the rest was history fried.

After spiralizing, the potatoes get soaked in water to start their cooking and help them crisp up during the deep-fry. They get a dunking of spice pre-fry and a sprinkling post. More salt at the end is good, too. 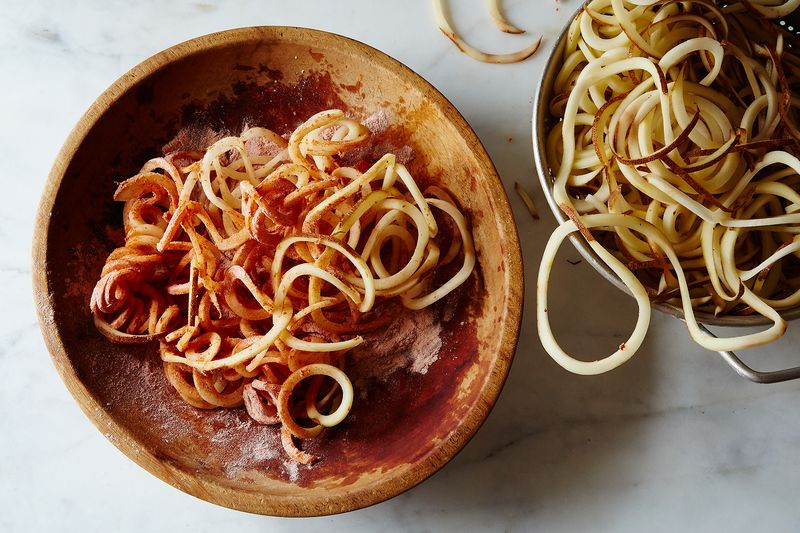 If you're wondering how I looked at the office's spiralizer—marketed as a tool for healthy food, for making noodles out of vegetables—and thought "curly fries," know that my mind isn't as freewheeling as that'd require.

For kicks, I asked my boyfriend what he would do with a mechanism that makes spirals out of food (a wig of ringlets? streamers? confetti? cocktail garnishes?).

There was, and is, only one answer. 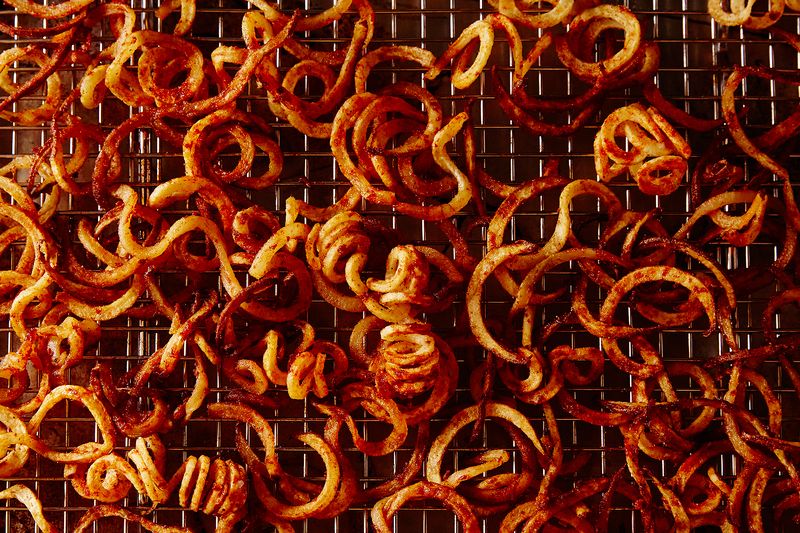 Printz December 30, 2015
I took Kimberly Mayers' advise & purchased the Paderno 3 blade spiralizer. A great little machine-super fast & easy! Thanks Kim :) I might need to add another blade though to get thicker fries. Mine were really tasty- but thin.

Printz November 16, 2015
Oh yes- this I must try! Any recommendations for a brand of this type of machine?

Kimberly M. November 16, 2015
I have the Paderno World Cuisine Spiralizer and it was purchased via Amazon.

Melanie S. December 30, 2015
I purchased the spiralizer tool for my KitchenAid mixer and I LOVE it. Comes with four separate blade for different cuts. Highly recommend.

Willow |. November 12, 2015
This was actually the first thing I did with my spiralizer when I got it (although I also make salads and "zoodles" with it). It's also great with sweet potatoes!

Elyse November 11, 2015
Fantastic! I have a reason to buy one now! If it's a vegetable it's not pasta and it's never going to be so stop pretending! Now this, I can get behind this crazy gadget now

Kimberly M. November 11, 2015
Going to try this with my spiralizer. Surprisingly, I've run many vegetables through it, but not a russet potato yet. However, I will need to make it gluten-free. Sorry!! Arrowroot or potato flour will make a good substitute!