6 Dinners to Make with Canned Tuna

My kitchen is never without a jar of tuna packed in oil. It’s often the thing that saves me from feeling like I have nothing to eat.

It ties together the scraps of food—the last of the kale, that pesky half-bulb of fennel, even eggs—that I end up with a few days after a greenmarket trip, and it usually makes those scraps feel a little more substantial. 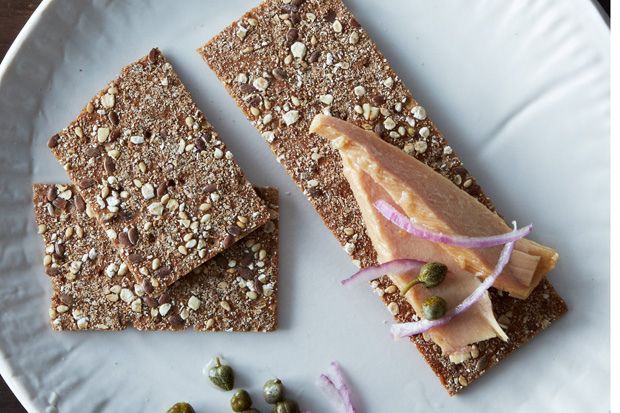 It also plays nicely with other pantry staples like canned tomatoes, beans, and preserved lemons.

Even though tuna is a hero in my kitchen, I don’t (and wouldn’t) eat it every day of the week. I don’t know about the mercury levels or fishing practices for every brand of jarred tuna, but I do know that there are brands out there that are selling more sustainable tuna with lower mercury levels. But still, tuna every night for a week might put you off of it for a while, so think of this article as inspiration rather than consecutive meals. 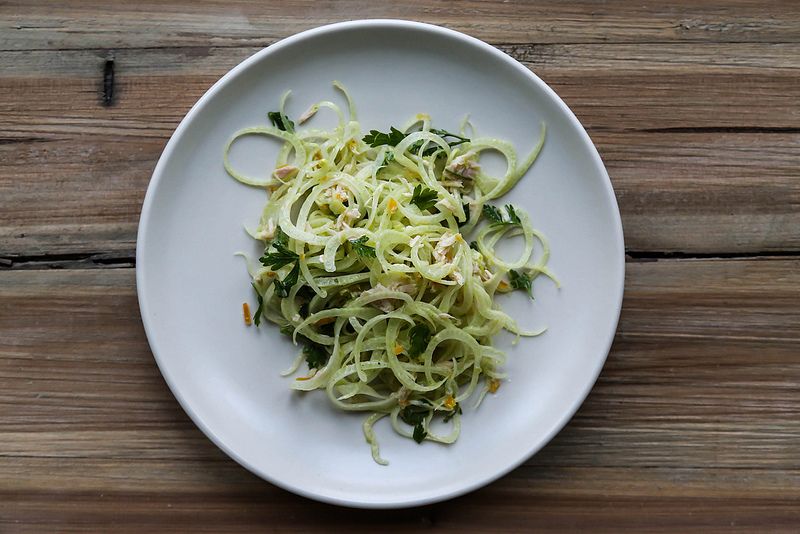 Shaved Fennel Salad with Tuna and Preserved Lemon
If fennel is at the greenmarket, it’s in my fridge. This salad couldn’t be easier—get the recipe here—and I love any excuse to use preserved lemons. Now you will, too. 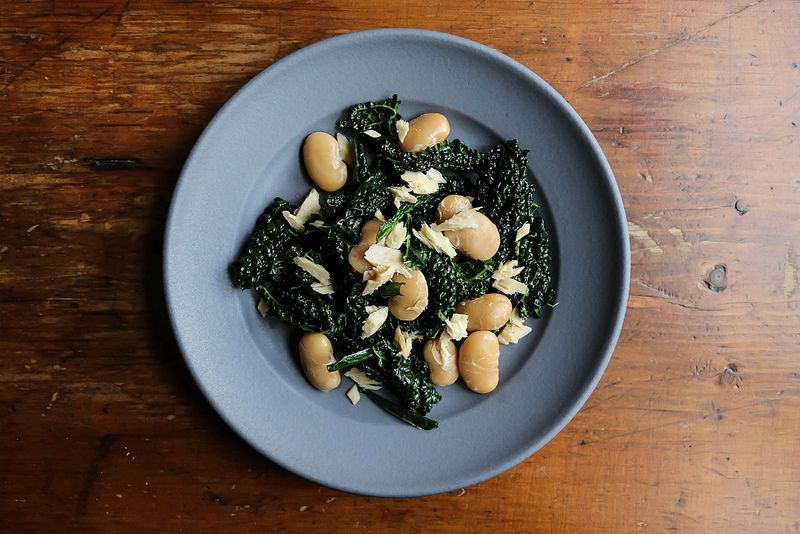 Kale, Bean, and Tuna Salad
What could possibly make a nice kale and white bean salad even better? A little bit of tuna. You can use any kind of bean, canned or dried, but I like dried heirloom beans because they feel more special (and a pot of those can give you a week full of meals, too.) 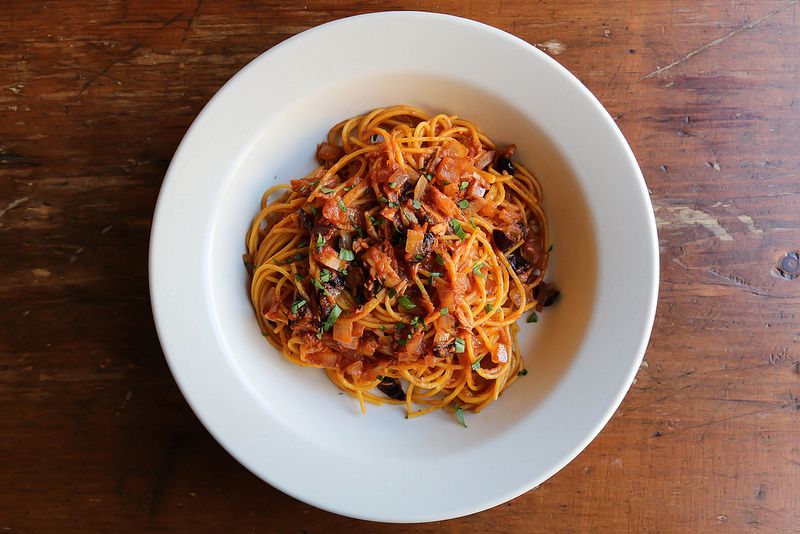 Tomato Sauce with Olives and Tuna
Tuna in tomato sauce? As it turns out, the two make a rich, complex sauce—and all you need is a stocked pantry. I made a lazy version of Kitchen Butterfly’s lovely Barca Tuna Sauce and was very happy. 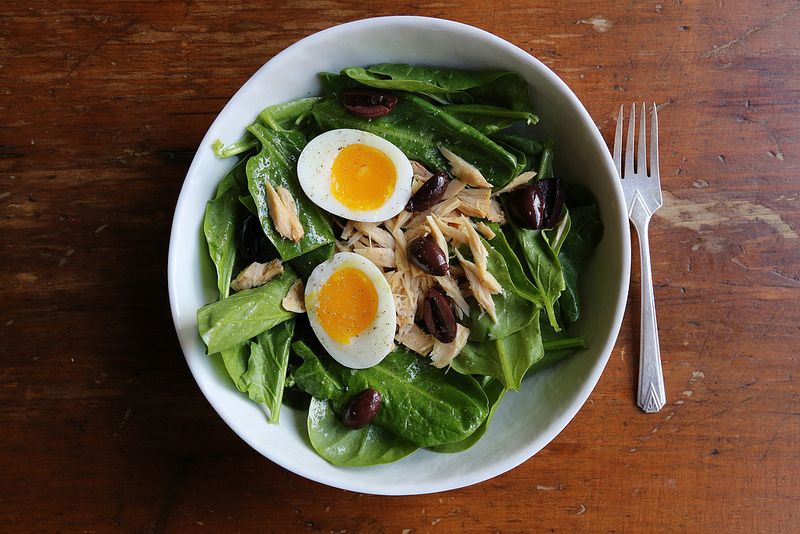 Niçoise-ish Salad
This one’s obvious, but you can make a variation on a Niçoise salad all year using what you have on hand. The one pictured is super simple with olives, tuna, and a medium-cooked egg. If you want to build from there, throw in French green beans, tomatoes, baby potatoes, or whatever else is in season. 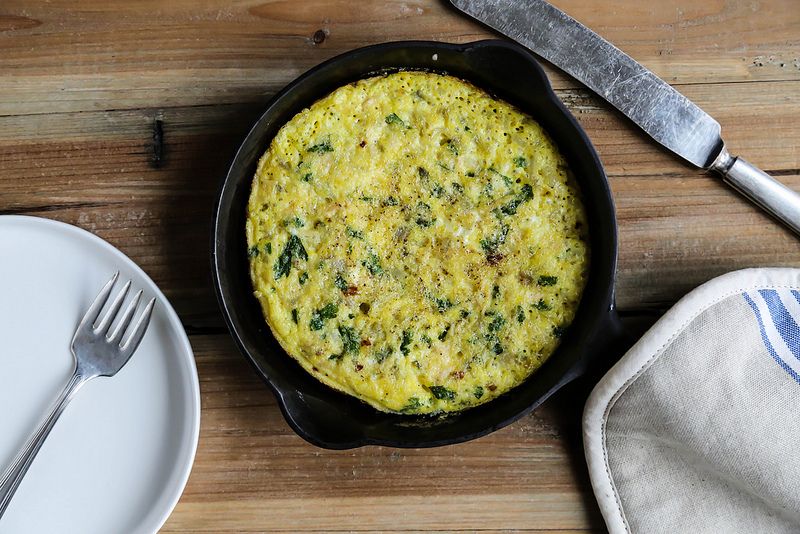 Tuna Frittata
I felt like I was going out on a limb here, but tuna omelettes are not unheard of, and a tuna frittata isn’t too far off from that. I used a lot of parsley, a shallot, and doused the thing in olive oil once it was on my plate. And though I didn’t try it, I think it’d be good as a sandwich on baguette with homemade aioli. 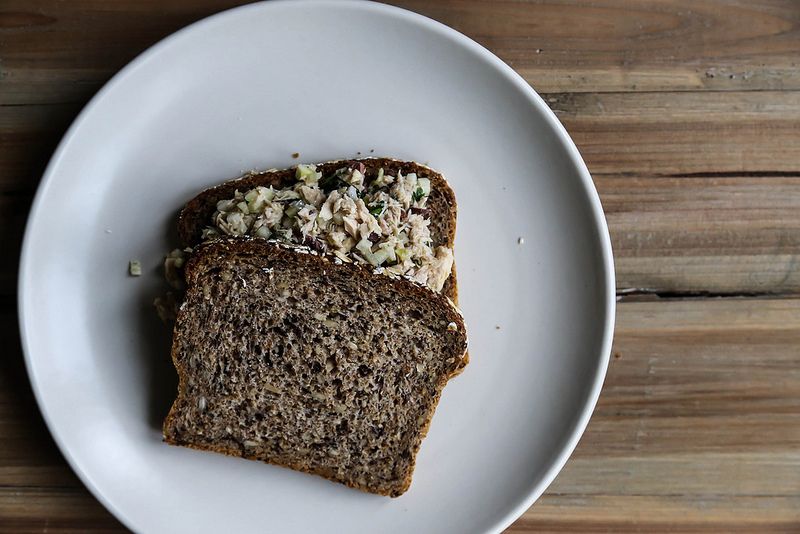 Lemony Tuna Sandwich
I like lemony tuna sandwiches with capers or olives and lots of parsley. Preserved lemons work nicely, too (did I mention I have a thing for them?). I made this one with all of the above, and stirred in a bit of homemade aioli. But in the world of tuna sandwiches, you have options: Try this pan bagnat—it's one of my favorites.

Top photo by James Ransom, all others by Kristy Mucci

Bevi October 12, 2015
This is a dish that I make periodically to rave reviews: Solitary Cook's First Night in Florence Spaghetti - https://thesolitarycook.wordpress.com/2012/02/08/first-night-in-florence-spaghetti-3/
The tuna shares the stage with other outstanding flavors.

Cassie October 23, 2013
These all look lovely! Is there a recipe that goes with the kale, bean and tuna salad (or maybe this is just an inspirational photo!)? Thanks for the ideas... I've also read good things about the organic olive oil packed tuna from Vital Choice.
Author Comment

Kristy M. October 24, 2013
Thanks, Cassie! No recipe, but it was really simple, just kale, leftover beans, and tuna in lemon and olive oil (with salt and pepper, of course). I'll have to check out the Vital Choice tuna, thanks for the tip!

nicky October 21, 2013
Hi Kristy, I'm not sure you're quite right about mercury and sustainable fishing practices. The reason tuna has relatively high levels of mercury is that it is a super-predator, that is, it eats other predators. And once mercury gets into one little fish's system, it doesn't go away. So because tuna eat the medium fish that eat the little fish, all of which had a tiny bit of mercury in them, mercury builds up in the gigantic fish (i.e., the tuna). Sustainable fishing practices include waiting until the fish is old enough to have procreated ... meaning that sustainably sourced tuna is actually likely to have higher levels of mercury in it, because they have been allowed to grow older than their unsustainably sourced counterparts. I think the moral of the story is to respect tuna and, like so many things in life, enjoy it in moderation. Hope this helps. :)
Author Comment

Kristy M. October 21, 2013
Hi Nicky, I'm well aware of all of this, which is why I say I wouldn't eat tuna every day, and why I treat it as more of a seasoning (as ATG117 pointed out, my use of it in dishes is "sparse"). But I have seen jars of tuna packed in oil that are labeled as sustainable and low mercury, this brand is one of the companies doing that: http://www.wildplanetfoods.com/Highest-Omega-3-and-Low-Mercury.html

Kristen M. October 21, 2013
As Kristy mentioned, there are sustainability and mercury issues to consider, so using tuna as a more of a seasoning for some dishes, and having a more substantial portion in others (like the sandwich and the Nicoise-ish salad) makes a lot of sense to me! I also think these dishes are beautiful, and I very much wish I had one for dinner right now.

Kenzi W. October 22, 2013
Totally agreed. These are happy dinners, through and through.