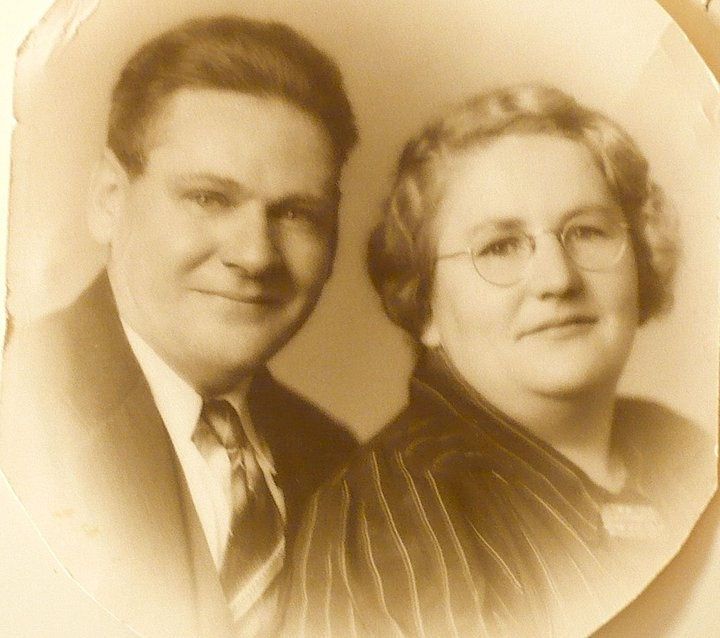 A few years ago, my mother-in-law Linda and I set up shop in her kitchen so she could show me how to make muldoshin. I had no idea what muldoshin was, but as we cut butter into flour, sliced apples, and rolled out dough, Linda told me all about Grandma Islinger and her family-famous apple pastry. 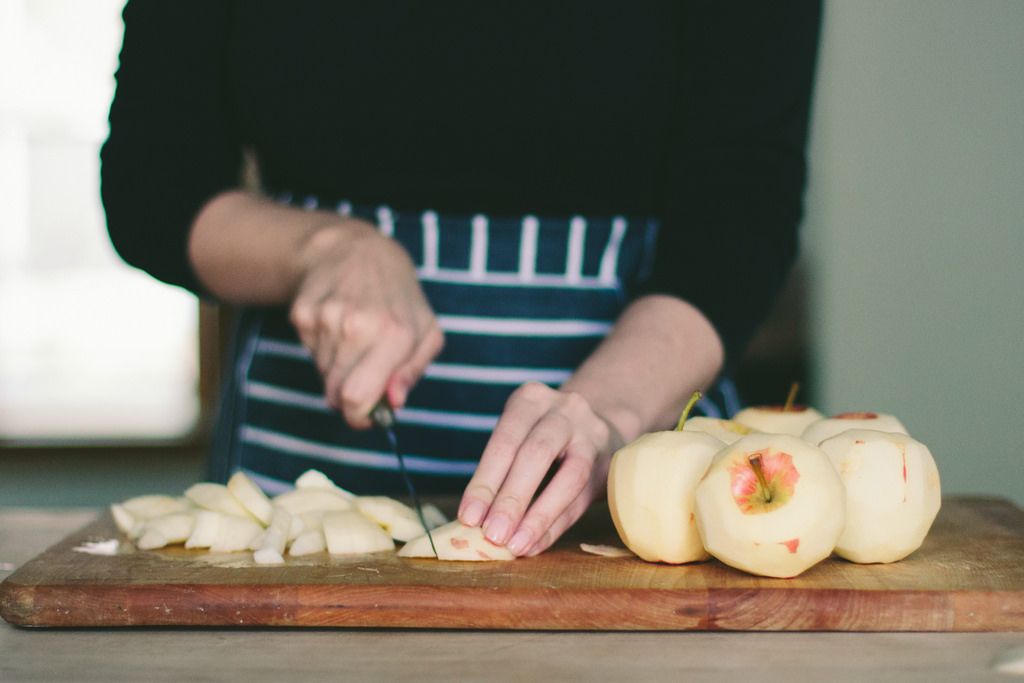 Amalie Islinger was from Bavaria and came to the U.S. in 1922, bringing this treasured recipe across the ocean with her. No one in the family knows the correct spelling of muldoshin because Grandma Islinger never wrote it on paper. All her recipes were in her head and measured out by eyesight, and she never used measuring cups or spoons (it’s possible this dish is a variation of Maultaschen; there are apple versions that are somewhat similar). Linda spent some time with Grandma in her last years, watching her make it and taking lots of notes, and thus kept the tradition of baking apple muldoshin in the family. 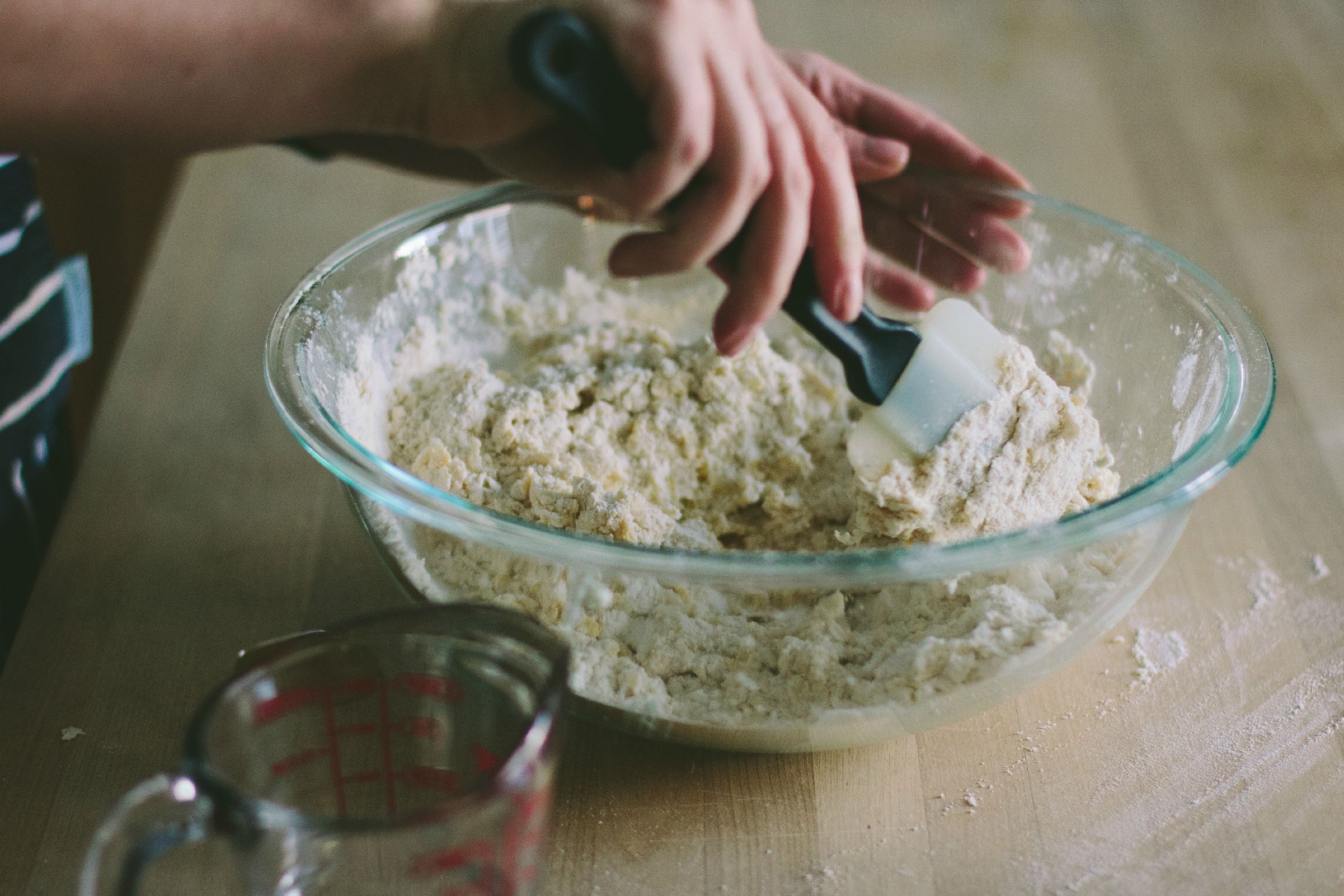 Grandma’s version was unique as hers contained no sweetener. (In fact, my mother-in-law often remembers her saying that "only the rich had sugar!") While I’ve eaten the original version and enjoyed it, I must admit that I’ve tinkered with it a bit, adding a little sugar (and a pinch of cinnamon) along with the apples. 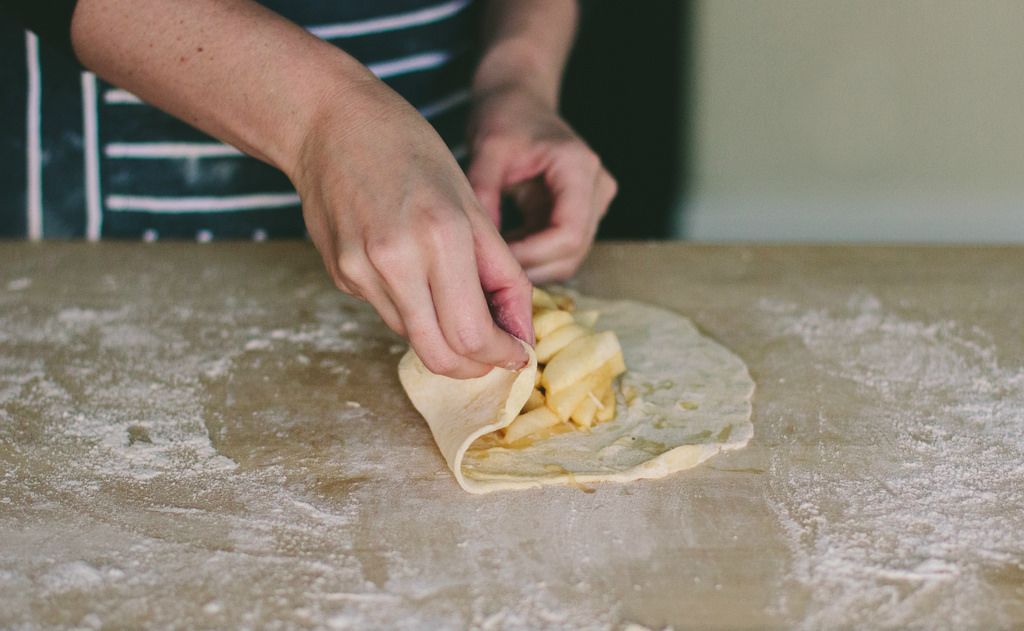 Grandma’s recipe also utilized an apple cider-milk sauce near the end of its time in the oven, but every time I made it that way I had trouble with the bottom of the pastry turning doughy. So I now make the sauce on the side, pouring it over after the pastry has been removed from the oven. 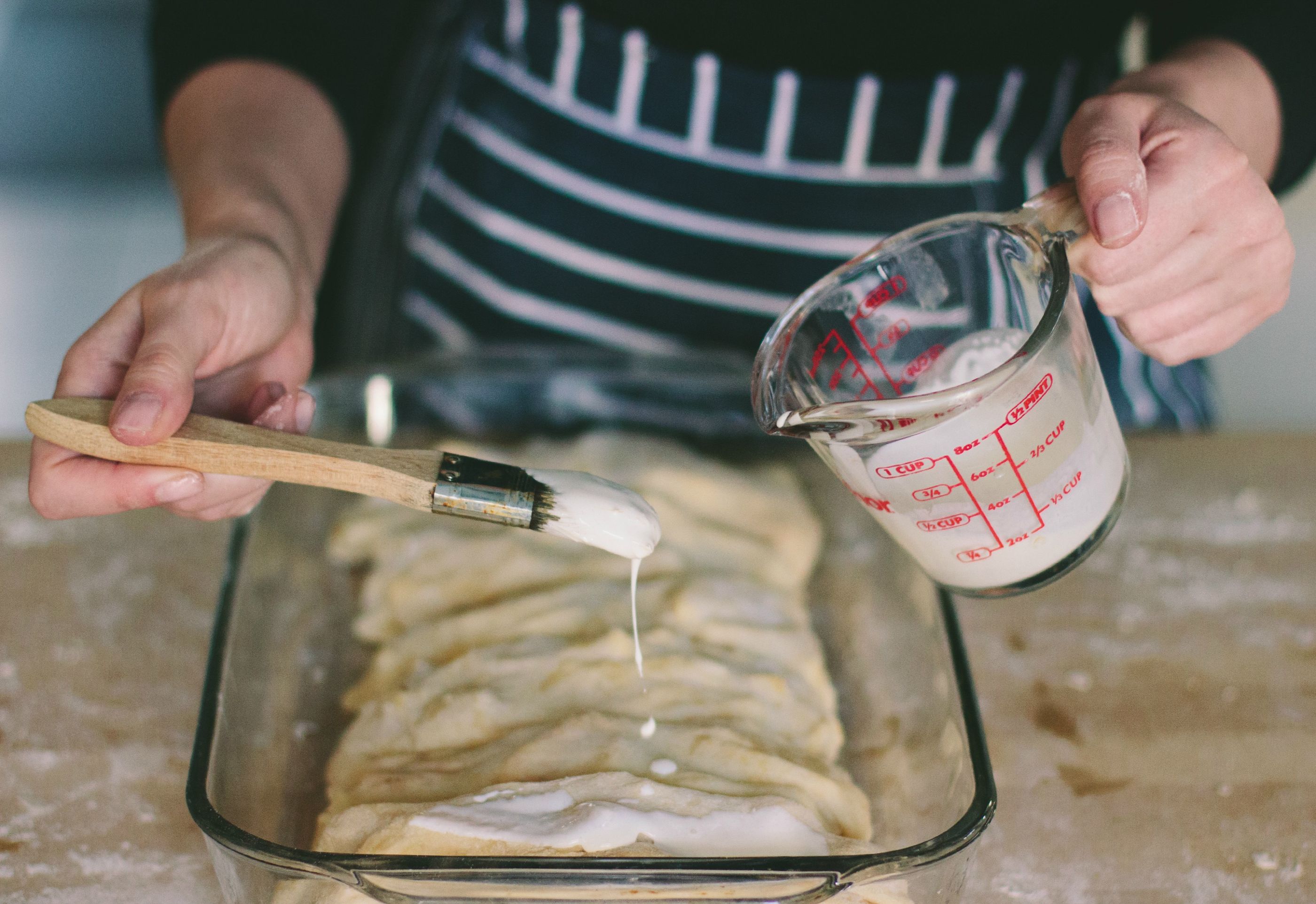 Each time I make it, I am reminded of all the hands before me that worked butter into flour and peeled pounds of apples, baking this same dish for their loved ones on Christmas, Sunday afternoons, or just because. And I look forward to passing it on, again and again. 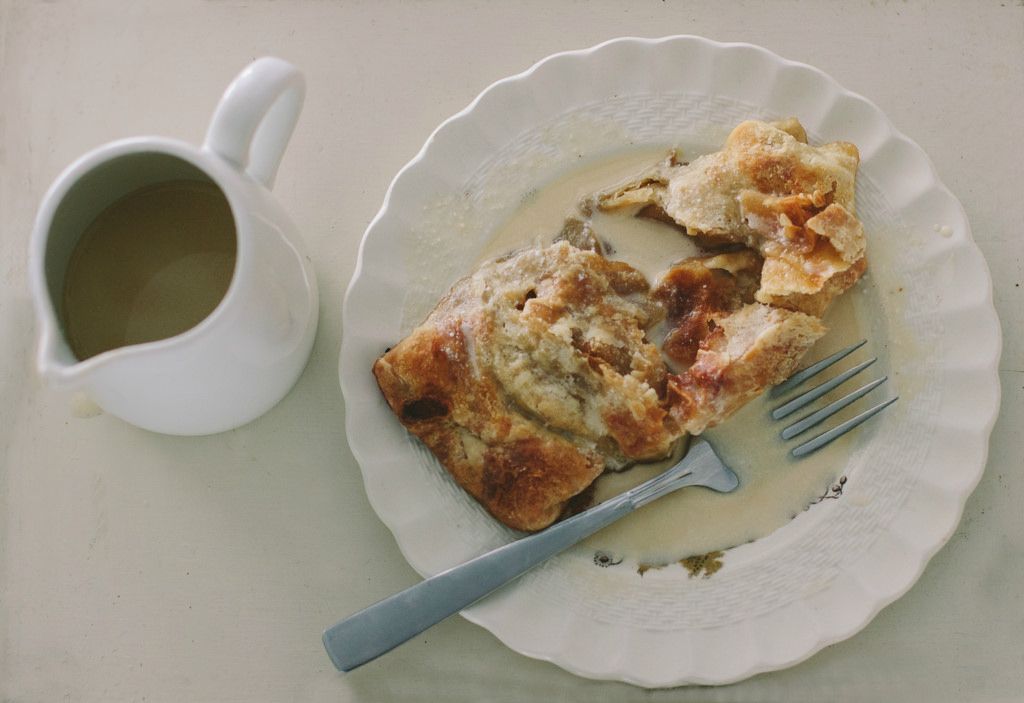 Sophia R. October 8, 2014
How lovely! My sister and I keep talking about writing down some of our family's recipes - really should do that sooner rather than later.

I had so smile though reading Muldoshin - my grandmother on my mum's side is Swabian and Muldoshin is pretty much how Maultaschen would sound coming out of her mouth (the e gets more or less dropped, the t is more of a d and the au sounds like an o).

Nadia H. April 9, 2014
Most definitely those are Maultaschen. I do a lot of research on German food and have never come across this variation of the name. Like people it must have gotten its name changed upon arrival at Ellis Island :-) The recipes for Apfelmaultaschen I know use a mix of cooked potatoes and flour for the dough.

Jana February 11, 2014
I laughed a lot when i read what you meant with "muldoshin" and i would definitely say that these are a kind of maultaschen. I'm a native bavarian, there are no official spelling rules as bavarian is just a strong dialect, but i would suggest to spell your recipe somehow like "maidaschn" ;)

emcsull February 11, 2014
and Maultaschen are from Swabia anyhow, aren't they, Jana ? I am a native of New Jersey living in Bavaria for 30 years. I liked that spelling a lot too, knew immediately what it had to be.

sarah K. February 11, 2014
Muldoshin was on our family recipe card for 20+ years, so I wanted to keep it in memory of my great-grandma! She never wrote it down, but approved of it this way. ;)