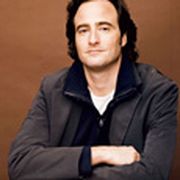 David Kamp is the author of The United States of Arugula: The Sun-Dried, Cold-Pressed, Dark-Roasted, Extra Virgin Story of the American Food Revolution, a best-selling chronicle of America’s evolving attitudes towards food and cooking in the 20th century. He is also the author of the gastro-oeno-humor books The Food Snob’s Dictionary and The Wine Snob’s Dictionary. By day, Kamp is a contributing editor for Vanity Fair, a husband, a father of two, and a mildly competent home cook.

First A Note From The Piglet Editors: Every good sporting tournament has its wildcards -- which give underdogs a chance and ensure that an emergent champion has truly been put through its paces. The competition for the coveted Piglet is no different. In this, our zombie round, we raise deserving nominees from the dead and give them a second chance at victory.

Unless David Mamet has a compendium of recipes out there that I’m not aware of, I am certain that there has never been a cookbook more liberal in its use of the word “fuck” than Momofuku, by David Chang and Peter Meehan. Chang is the chef-overseer of a mini-empire of New York restaurants under the Momofuku name, and he is as profane as he is marvelously inventive. Brussels sprouts are “stinky little fuckers.” The Korean rice cakes known as doki are “way fucking better” crisped and browned than they are boiled. The chicharrón (fried pork rind) that kicks off the tasting menu at Momofuku Ko, his highest-end place, is a “little ‘fuck you’” to the very idea of fancy degustation menus.

What a long way we’ve come from dowdy, dour Fannie Merritt Farmer and her soul-crushingly clinical Boston Cooking-School Cook Book. Like many a latter-day cookbook with a famous chef’s name attached, Momofuku has been designed to be read as much as cooked from. On that first count, it succeeds splendiferously. Chang, already the subject of several magazine profiles (most notably in the New Yorker), is a natural raconteur with no shortage of Bourdainesque kitchen war stories and “How I concocted a cult dish by accident” tales. Did you know that his signature shaved foie gras with lychee and pine nut brittle came about simply because he’d discovered a neglected torchon of foie in the freezer and decided, impulsively, to rub it over a grater? Well, now you do!

But this anecdote begs a question: Precisely who would actually want to recreate Chang’s shaved foie gras with lychee and pine nut brittle (and Riesling gelée, I might add) at home? The very notion is ridiculous — and Chang admits as much when he gets to the part about how to make the actual foie gras torchon. He first advises readers that it would be more sensible to procure one from a specialty store, and then says “But for those who won’t be deterred by common sense, here’s our recipe.”

Much of Momofuku, then, becomes the culinary equivalent of those “magicians’ secrets revealed” programs that occasionally air on TV: You get a step-by-step breakdown of how the master does it, but you don’t walk away with confidence that you can pull off the trick yourself. Chang’s deluxe interpretation of ramen is glorious at Momofuku Noodle Bar, but its labor-intensive, multi-step preparation process, as outlined in the book, is more of a lifestyle choice than a recipe.

That said, some manageable recipes for sane people lie within Momofuku’s pages. Chang combines two of my favorite foodstuffs, sugar snap peas and horseradish, in a lovely vegetable dish in which the peas are blanched in reduced ramen broth, glazed with a velvety combo of butter and soy sauce, and spiked with zingy shavings of the root. Likewise, the out-there creations of Chang’s dessert lieutenant, Christina Tosi, prove reasonably accessible. I’d always wanted to try my hand at her celebrated cereal-milk panna cotta — made with milk that has soaked up the essence of oven-toasted cornflakes — and my version was credible, if imperfect; the flakes I used imparted a slightly salty flavor to the custard. (Next time I’ll try using Cocoa Krispies.)

I won’t pretend that Seven Fires: Grilling the Argentine Way is an eminently practical counterpoint to Momofuku. For some of its recipes, the author, Francis Mallmann, recommends using a horno de barro, a wood-burning, dome-shaped outdoor oven that requires either A) some serious masonry skills to build; or B) several thousand bucks to purchase and install. Nevertheless, Mallmann, the biggest culinary star in South America, has fashioned a cookbook (with the writer Peter Kaminsky) that’s a lot homier than Chang’s.

Though he staged at various restaurants in France, Mallmann grew up in the Andes, a land of live-fire cooking, and his elemental formula of heat + meat is one that any American who has ever thrown a steak on a Weber can relate to. The “seven fires” conceit is his breakdown of the different ways he harnesses the heat of a wood fire, among them grilling (parrilla), griddling (chapa), placing a large iron pot on the flames (caldero) and oven-roasting (the good ol’ horno do barro).

Mallmann, to his credit, offers analogues to these methods for those of us without ready access to an outdoor fire pit and twelve cords of wood. A cast-iron skillet on a stove can stand in for a chapa, while a home oven turned up very high can (sometimes) do the job of the horno.

Two chapa preparations came up aces for me on the stove. His tournedos wrapped in bacon and sage were simple to make; I took some little filets mignon, wrapped them in blanched bacon and sage leaves (the former from Nodine’s, the latter from my smugavore herb garden), tied them with kitchen string, and simply cooked them as directed in a hot skillet—first, stood up on their sides until the bacon crisped, and then flat in the pan to finish. Lo, a dull cut of beef, the tenderloin, was transformed into something rich and earthy. I achieved similar success with Mallmann’s pork tenderloin with burnt brown sugar, orange confit, and thyme, which nicely complemented a starter course of his butternut squash soup with garlic and white wine. (No, I didn’t prepare it outdoors in a caldero.)

Seven Fires is written and art-directed in what I think of as cookbook-rhapsodic style, with disquisitions on the “seductive” qualities of burnt tomatoes and copious photographs of alfresco table settings, rustic lake houses, haunches of meat on spits, gorgeously caramelized vegetables, and impossibly attractive young Argentinians assisting with the food prep. A bit too perfect, perhaps — but then, Momofuku goes out of its way to include a photo of Sonic Youth’s Lee Ranaldo digging into a Ko meal with his partner, the multimedia artist Leah Singer, which is the David Chang/East Village equivalent of Mallmann’s “Look how cool my life is” showboating.

I give both Momofuku and Seven Fires credit for narrative ballast and for getting me excited about cooking outside of my comfort zone. (I’m now keen to ferment my own kimchi and spit-roast a skirt steak in my fireplace.) But because I’d rather pay for Chang’s food than try to recreate it, and because Mallmann’s book abounds with appealing recipes that I know I can handle, and because I can take only so much cussing in a cookbook, for fuck’s sake, and because I’m a sucker for any food preparation that makes my home smell like a smithy’s shop, I’m going with Seven Fires.

zora December 4, 2009
I take back all glib comments about never intending to cook out of Momofuku. Have reread it, and I definitely will. How this book lost _twice_ in the Piglet I am a little baffled by...

Pat A. November 5, 2009
Seven Fires is simply one of the most beautiful cookbooks ever written. The aroma of the recipes practically leaps off the page.

malekelsey November 3, 2009
seven fires exhales romance as well as practicality,something really not easy to find these days,southamerica fusing with americas way of living,perfect match for days to come..........

EmilyNunn November 3, 2009
Show me a chef who doesn't drop the f-bomb liberally, I'll show you frozen waffles for breakfast. Dammit.

zora November 3, 2009
This is a totally self-serving comment, but may I offer my own cookbook, where there's plenty of swearing, but the recipes are really made to be cooked at home? It's called Forking Fantastic!, and it just came out October 6. It was supposed to be called Fucking Delicious, but our publishers made us change it at the last second, because apparently girls aren't supposed to swear so much.

Anyhoo, I just spent the day reading the David Chang book and love it, even though I will never cook anything from it. (Or at least directly--maybe just for random ideas. Actually, no--I will make that miso butterscotch.) It's simply a beautiful document, and actually a strangely humble book overall. The kind of thing I'll show to kids when I'm old and cranky and say, "Listen up, kids! Now _this_ is what I call a restaurant!"

Kelsey B. November 3, 2009
Another insightful review. It seems that people keep leaning toward Seven Fires because of the fact that a seemingly exotic way of cooking (unless you have an outdoor chapa) is translated so well into doing at home. I will still, however, pick up Chang's book to look at. Though I don't tend to cook from restaurant cookbooks, other than A16, Kamp's review does pique my interest. With the exception of a few recipes, it sounds impractical for the everyday home cook but I still enjoy learning seeing how the minds behind these "mini-empires" really work.

luvcookbooks November 3, 2009
love the word "smugavore"
another great review, longing to try the pork tenderloin recipe from 7 Fires
probably will not have time to try the pork buns for another 20 years, but oddly long to own Momofuku as well-- are you tracking sales of these cookbooks after the reviews?

SueG November 3, 2009
With all due respect to the clear brilliance of David Chang and his cohorts, they really do little to inspire me as a home cook. Theirs is one book that I do not crave to own. Kamp's review: thoughtful and hilarious!

Jennifer P. November 3, 2009
I'm mostly in agreement with you on this sentiment Sue, but after reading Kamp's review and Charlotte's comment, I may pick it up for sheer curiosity's sake. First, I'll have to try and dismiss the nagging feeling of superiority I think Chang has created (or perhaps it's his devotees that have created that perception?). We're trying to bring people back into the kitchen, and accentuate that cooking isn't a chore or burdensome—not sure Chang is fostering that feeling in homecooks.