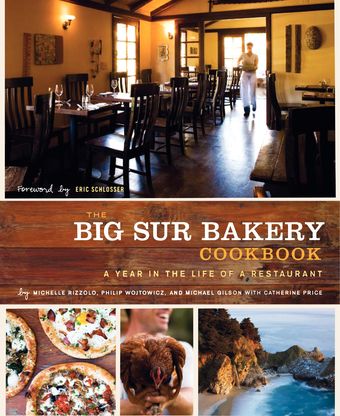 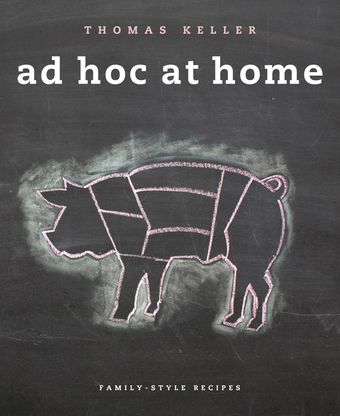 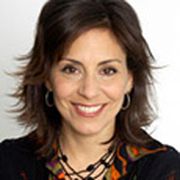 Senior Recipe Developer at Food & Wine, Parisi has a degree in music performance and painting. She never attended culinary school but does come from a family of chefs and restaurateurs. She began her career as a food stylist for TV commercials, where she combined "artistic expression" with a love of food -- mostly by painting partially roasted turkeys with a combination of Gravy Master and cheap liquid soap, gluing chicken skin onto the flesh with Krazy Glue, spraying french fries with shellac and hand-gluing sesame seeds to hamburger buns. Now, she tests and develops recipes for Food & Wine and does lots of TV cooking demos, including a monthly appearance on NY1. In 1997, she published Summer-Winter Pasta (William Morrow), and in 2005, her second book, Get Saucy (Harvard Common Press), was nominated for a James Beard Award.

As a recipe tester and developer and cookbook author, I can be fairly opinionated in the kitchen. Maybe it's a little selfish, but I cook the way I like to eat -- simply and joyfully. Which doesn't include extra steps or lots of pots -- that just makes me crazy! Unless I'm working on something that requires long slow cooking, rising or marinating, I tend to be quick and efficient. Home cooks deserve recipes that allow them to feel a strong sense of accomplishment without stressing about ingredients, equipment and the time it takes to produce them. It’s nice to dazzle, but not get frazzled in the process.

Both Ad Hoc at Home and The Big Sur Bakery Cookbook are absolutely beautiful books and make for great reading. Both reflect a clear focus on restaurant food and a passion for ingredients. But I think that's where the similarities end.

Ad Hoc at Home's first chapter, Becoming a Better Cook, is so brilliant and so elemental that Thomas Keller could have stopped there (should have, actually) and won me over. In this chapter, Keller lays his (and the book's and the restaurant's) philosophy on the table -- he takes great pleasure in precision (duh!) but he doesn't expect the home cook to use the same set of skills. He endeavors, nonetheless, to impart some kitchen-y wisdom. Such as thinking about when and how to salt your food. Salt used for seasoning takes time to dissolve and should be added early. Salt used for finishing goes on at the last minute so you taste the crunchy crystals.

Throughout the book Keller includes “Light Bulb Moments” which are simply useful tips that he discovered through years of experience. Some are useful, others baroque. In one helpful tip, he describes how to know when the oil in your skillet is hot enough for sauteeing -- watch for little ripples to appear on the surface. In one not-so-helpful tip, he describes pitting cherries from the bottom with a very small (#12) Parisienne melon baller. Of course!!

In his introduction Keller writes: “It delights me to offer here a big collection of family meals and everyday staples, delicious approachable foods, recipes that are doable at home…” Right up my alley — finally a Keller book that people can actually cook from! But when I tested the Iceberg Lettuce Slices, I wanted to give up halfway through. The recipe has only eight ingredients (which initially caught my attention), but four of them require sub recipes. A total of 31 ingredients and four hours later, my salad, although delicious, was finally done. His blue cheese dressing requires homemade aioli (no big deal), but the aioli requires oil from garlic that has been confited. The aioli alone had 17 ingredients. When I make blue cheese dressing at home, I use Hellmann’s — it’s delicious, plus I can make it and have enough time to play with my kids. I loved his method for Pineapple Upside Down Cake. Rather than make a caramel for the cake or precook the pineapple, he makes a "pan schmear" of butter, honey, rum, brown sugar and vanilla paste that gets spread on the bottom of a cake pan before arranging the pineapple slices. In the accompanying headnote, he says that you'll have left over schmear for future cakes, but gives no quantity. I'd have expected a bit more "precision."

The Big Sur Bakery Cookbook, is a collaborative effort by Michelle and Philip Wojtowicz, and Michael Gilson with Catherine Price. They divided the book's chapters, less predictably than Ad Hoc at Home, into months. I found it a bit awkward — you have to know your seasons and the accompanying produce pretty well. The book begins with a March breakfast at the bakery. Of the nine recipes in this chapter, only one is really seasonally appropriate -- the Meyer Lemon Bars. Everything else can be served any time of the year. I eat breakfast in July too. Plus, some regions of the country produce fruits and vegetables year round, so a more traditional chapter breakdown would be useful.

The authors recommend buying locally, and the book does a nice job reflecting that. A beautifully simple Grilled Salmon with Meyer Lemon Dressing gets this headnote: "In Big Sur, we go half the year without salmon, so when the salmon fishing season opens in Monterey Bay, we get pretty excited." In looking for something to cook, it forced me to look through the book, cover to cover before deciding. They intersperse interviews with farmers, bakers, fishermen, butchers, wine makers and bee keepers -- everyone who participates in the running of the seaside restaurant. A particularly fun profile is of Jim Dunlop, a farmer who raises chickens in pastures. "Free-range doesn't mean shit," he says. I know that he fences his chickens with electric netting and can eat upwards of 36 eggs in a week.

The first recipe I tested, scones, was a little cumbersome because the berries needed to be frozen, along with the dry ingredients (not good if you're craving scones). And it was not perfectly written — it omitted the volume of each scone, as well as requiring two baking sheets as opposed to one big one for the average home oven — but the results were delicious anyhow, like streusel-y muffins in scone form. Another recipe, Roasted Striped Bass had six ingredients including salt and pepper -- striped bass, canola oil, lemons, and thyme were broiled on a bed of lemon slices. The fillets didn't need turning, which takes away the worry that your fish will fall apart. This is going into the regular rotation for my family.

With the extra large size of Ad Hoc at Home and the inaccessibility of the recipes, unfortunately, this book will sit on my coffee table and not on my kitchen bookshelf, which in the end is fine, because it's so stunningly beautiful I'd hate to get it dirty. On the other hand, The Big Sur Bakery Cookbook, with its simple, appealing recipes and inviting profiles of local growers will be dog eared, batter stained, and generally well used. It gets my vote for this round.

beejay45 March 1, 2016
I have the Big Sur book, and enjoyed reading it. Haven't yet been inspired to cook from it. I have a built-in predisposition to appreciate Thomas Keller and his perfectionist traits -- pre-French Laundry days, when he was still in SoCal, he was a great help to me in planning a culinary travel class for my students on the East Coast. Yet, I have never bought one of his books. I may have to go for this one though.

Grace Parisi? I am an admirer. When I looked through a series of recipes I had loved from F&W, the majority of them were not "famous chef" output. they were, over and over again, they were Grace's. All in all, I'm satisfied with what I read here. ;)

Rivka October 26, 2009
It strikes me that Parisi isn't the best judge of this face-off. Don't her clear bent toward simple cooking and stated frustration with multi-step recipes automatically incline her against Ad Hoc? Having seen neither of these cookbooks, I have no basis for forming my own opinion about this contest -- but I assume that the people who buy Ad Hoc aren't necessarily looking for something to cook at 5:30 and eat at 7; they want a good read.

jjosport October 23, 2009
My wife and I had the pleasure of dining at Ad Hoc in August on our recent trip to the wine country. We hoped for fried chicken night and were delighted to find that we had gotten our wish. It was better than delicious. I was particularily pleased to find out that Chef Keller requires the check be brined, as do I.
Chef Keller must like his fried chicken as he dined there that evening as well.

Chef G. October 23, 2009
For me, buying a cookbook is rarely about how easy the recipes are. I have more than 400 cookbooks, and I can't remember the last time I cooked a recipe from one of them. I just like reading them, getting inspired by them and driving my husband crazy with the sheer size of my library. I think I'll add these two books to my collection.

SueG October 23, 2009
I loved the Big Sur book right away. Its authenticity is attractive to me. I love how the authors decided to bring the level of quality of their food up to their standards (they are Campanile trained), and that they didn't give in to the local propensity to be middling. I also like how they fell in with so many of the firmly transplanted locals and showcased them in their book. This glimpse into their community was fascinating to me, a Plains transplant from the East Coast, who knows first hand that you can find community in any safe place.