Today: Have you ever wondered whether Peter Meehan would rather be a crustacean or a bivalve? So have we! So we asked him, along with a few more substantive questions, since the latest issue of Lucky Peach is here. 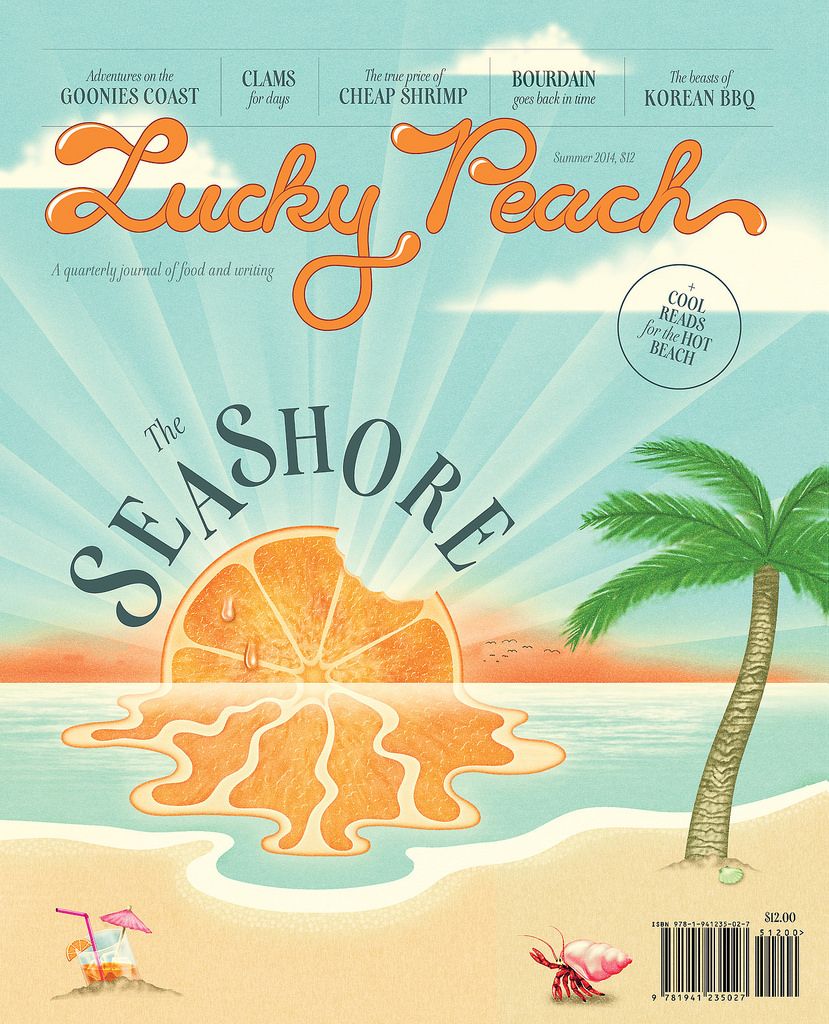 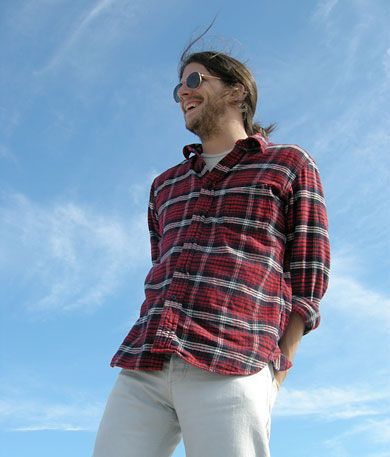 The latest issue of Lucky Peach -- The Seashore Issue! -- hits newsstands August 19th; we will all be carrying it around in our canvas totes, reading it while squeezed into subway cars like sardines, which come from the sea, but are rarely eaten on the seashore.

So we sent over a few questions to Lucky Peach's editor, Peter Meehan, who began his career at the Times and also penned a few cookbooks before founding the magazine with David Chang, and whose writing and editing we have all enjoyed for a very long time. (We especially love the way he writes a recipe.)

Read on, and then let us know in the comments if you'd rather be a bivalve or a crustacean. If you're hungry, here's a lobster roll. 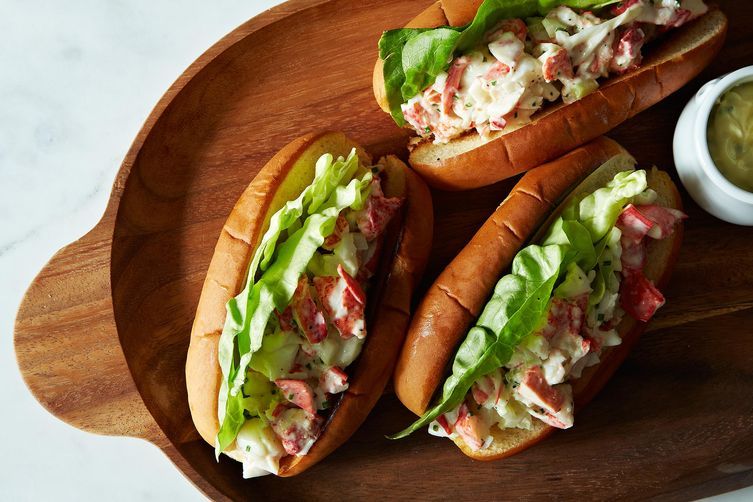 What cookbooks do you cook from regularly? What do you look for in a cookbook that you actually want to cook from (e.g. not coffee table fare)?
Honestly, my wife has more or less kicked me out of the kitchen in the past year. I'm allowed to, like, cut blueberries in half for the baby. She has been cooking a ton out of that Japanese Farm Food book, and stuff from Ottolenghi and Annissa Helou's Levant, and a bit from Fuchsia Dunlop's Every Grain of Rice. Most of the time now I just bring cookbooks home from the office and hand them over to her -- if she likes them, they stay and get cooked out of. If not, I don't pay much attention unless it's a chef thing that I might care about for non-cooking reasons. She's been there for every episode of recipe testing for the Momofuku books [and] the Frankies book [and] even back when I worked for Mark Bittman and now she's so much better at cooking than me that I just get out of the way.

You have small children. What do you cook for them? Do they eat it?
Kid stuff and yes. Lots of simply prepared or raw vegetables, grilled cheeses, etc. I'm not trying to manufacture a foodie. But Hazel, the older one, knows what dim sum is and what onigiri are and other things that are just a byproduct of growing up in the city. The only notable thing, I guess, is Tinkerbell Pasta. Tinkerbell is green, which is something I never realized being a colorblind boy. One night I came home and Hazel was crushing [a bowl of] pasta with pesto and zucchini grated into it, which she and her mom had christened Tinkerbell pasta. She will eat two adult portions of pasta prepared that way. Hannah [my wife] usually makes the pesto (using a recipe that's part Marcella Hazan and part Danny Bowien) but I do buy tiny little expensive jars of Ligurian stuff from Eataly for times when time is tight and children are hungry. (I think Hannah thinks this is wasteful, but every once in a while they're lifesavers.) Also, I bought a bunch of [those] expensive nettle-green radiatori Food52 had in its shop to play up the green angle and also because my daughter is better with shapes than noodles.

God this has gotten boring, hasn't it? Be careful when you ask parents about their kids.

More: Looking for more ways to use pesto? Here are five. 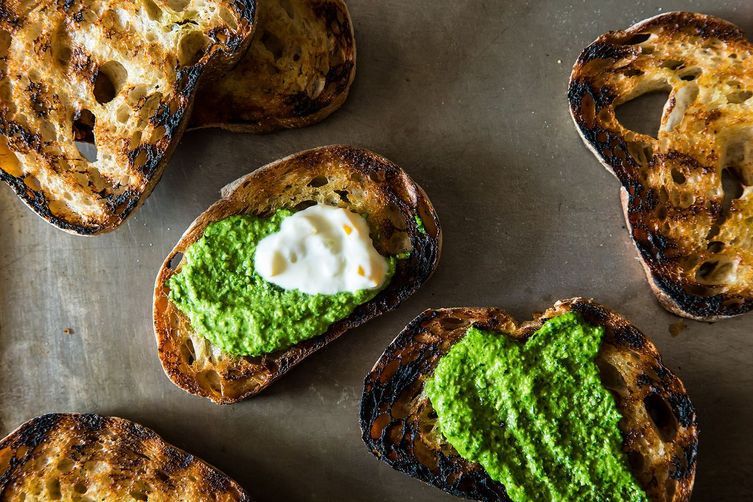 What do you read when you are tired of reading about food?
The Paris Review. I love that so much. The New Yorker, Bloomberg Businessweek. I like weird little zines like the ones you can buy from Desert Island. I spend far too much time reading emails about new records from Fusetron, a record distributor in Brooklyn, and Volcanic Tongue, a record shop in Scotland. I dream one day of reading novels again, but I can't find the time at the moment -- instead I buy books and stare at them longingly.

What is your go-to advice for aspiring food writers?
Do something else. If that's not an option, learn as much as you can -- like, literally, read everything, constantly. Consider unread food books and websites and magazines and newspapers a black mark against you. Then read more, from outside food -- the Paris Review is great inspiration even if you're not doing that kind of writing. And eat. Eat everything. Do not not eat things. Cook everything and pay attention. Consider yourself a student as long as your budget and ego will allow. Find people you admire who will administer regular beatings and make you better at whatever aspect of food writing you're aspiring to do. Mentorship is important.

What do you look for in a great story?
I want to learn something. I also like when they make me cry.

What was the biggest challenge you encountered when founding Lucky Peach? How has that changed -- what do you struggle with the most now?
Lucky Peach was so much fun at the beginning. I sat at my desk with a glass of whiskey and typed until my eyes bled. What could be better? Now it's a real business, and we have employees and things like that. The transition, moving away from bleating out stories to trying to help the business find its way, has been a huge transition for me. But I think because I had so much fun doing all the stupid shit I wanted to do at the beginning, doing all this boring-er stuff now is enriching and exciting. Or maybe I'm getting gray and going lame and typing too much about my kids' pasta habits.

More: Pick up a one-year subscription to Lucky Peach on Provisions.

When you go to the seashore, what do you eat?
I love to eat the roe out of horseshoe crabs if I can catch them alive.

Would you rather be a crustacean or a bivalve?
Crustaceans are bugs. Lots of bivalves can swap genders. Is there a choice?

KtMcB August 7, 2014
Count me in as a crustacean. Have you ever gone claming and sunk into those stinky mud flats?

Greenstuff August 6, 2014
I've only cooked horseshoe crabs once. Never, ever again. Long story, but let's leave it that I'd rather eat barnacles.

That said, interestingly, horseshoe crabs are not crustaceans! But barnacles, which do attach themselves to rocks and bottoms of pirate ships and hang out for much of their lives, are. The wonders of the seashore.

Catherine L. August 5, 2014
I would rather be a crustacean because then at least you get to die before people eat you. Is that too real? Also, you get to go in and out of the water, you have claws for pinching, and you can scare the sh*t out of people on the beach. Bivalves just attach themselves to a rock or the bottom of a pirate ship, and then hang out there for their whole lives. Where's the adventure?