Today: A pasta recipe we never thought would work -- plus two tricks for getting more out of your weeknight pasta routine. 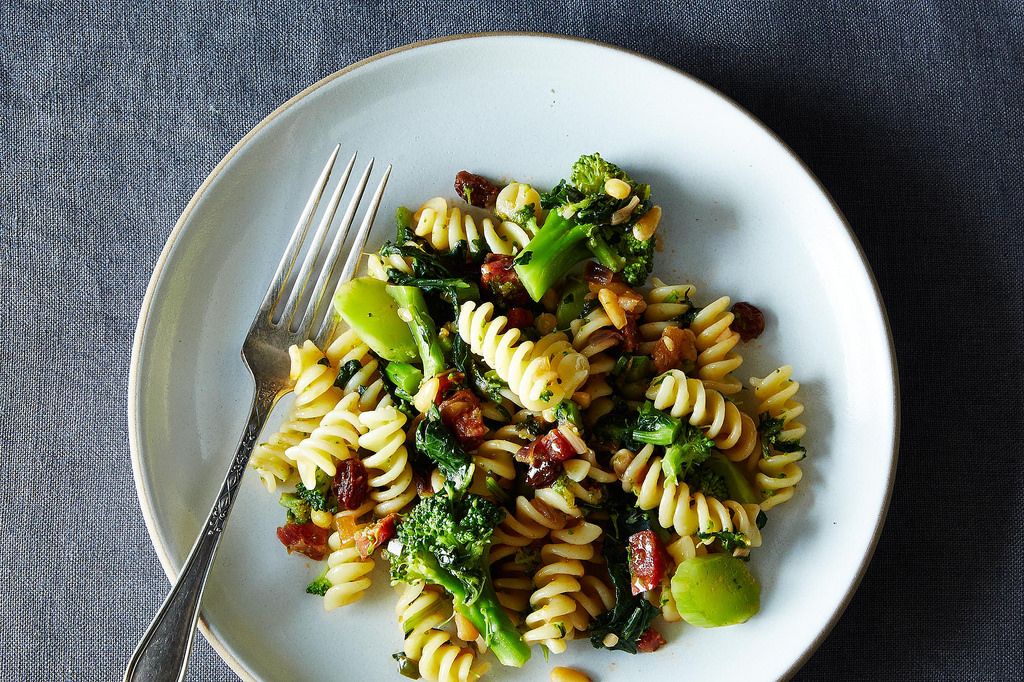 There are some recipes where, as soon as you start to list off the ingredients, everyone around you perks up. You're spinning poetry; you're singing a song that speaks to them. It's why we love reading cookbooks as much as we love to cook from them: We are vicariously, imaginatively eating.

This recipe isn't one of those. Instead of harp strings, it's a can thudding down the stairs. You'll have to take a leap of faith, as I did, and it will be worth it. I just hope you'll realize it more quickly. 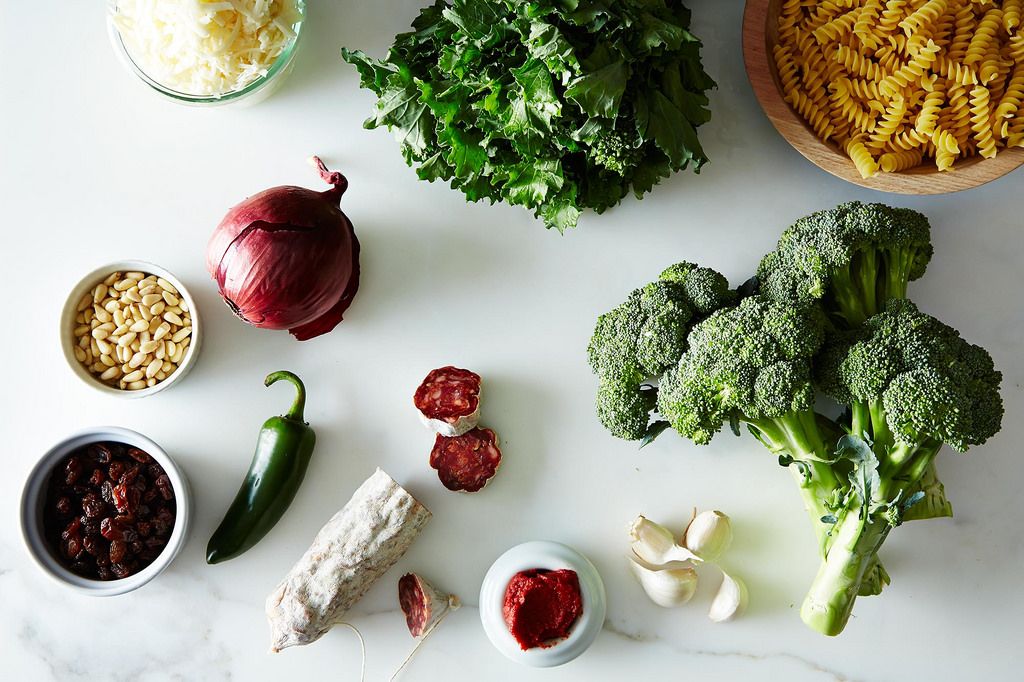 I first heard about this recipe more than three years ago, right after this column launched. The Kitchn started a conversation with their audience about what makes a Genius Recipe, and I was lucky enough to see what they came up with.

But I hesitated when I heard about this one, from reader cedargr0: "Broccoli, broccoli rabe, salami, raisins ... jalapeños? Boiling the sauce down to dry ... twice? I still don't know why I was brave enough to make the this the first time. But it is FANTASTIC. Genius." Cedargr0 forgot to mention that you top it with a fistful of shredded Asiago cheese at the end. 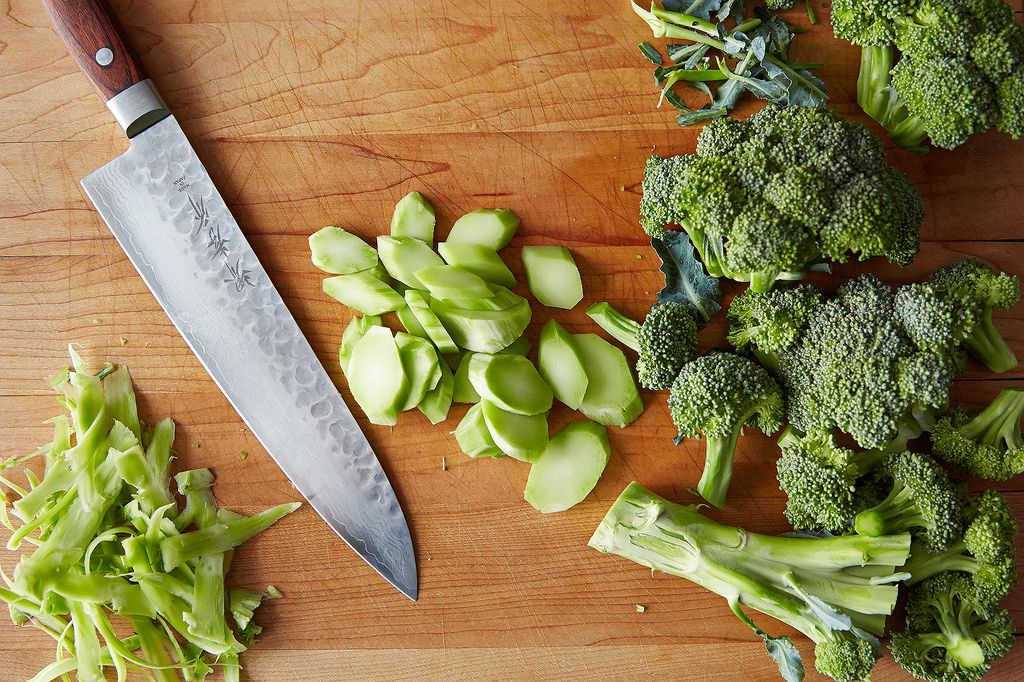 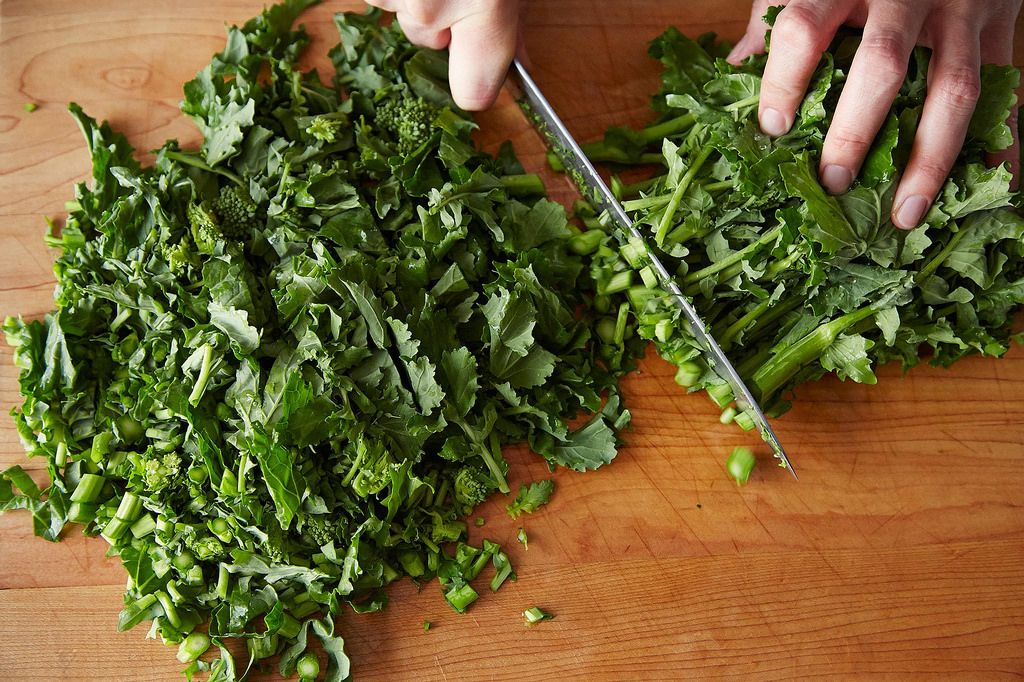 None of this sounds good. You've got a whole lot of aggressive flavors banging up against each other in what seems a misguided act of Mexitalian fusion. But Lynne Rosetto Kasper and Sally Swift of The Splendid Table know what they're doing, and how to shake up expectations without going too far. (For more reasons to overcome your skepticism, see their genius refried beans with cinnamon and clove.) 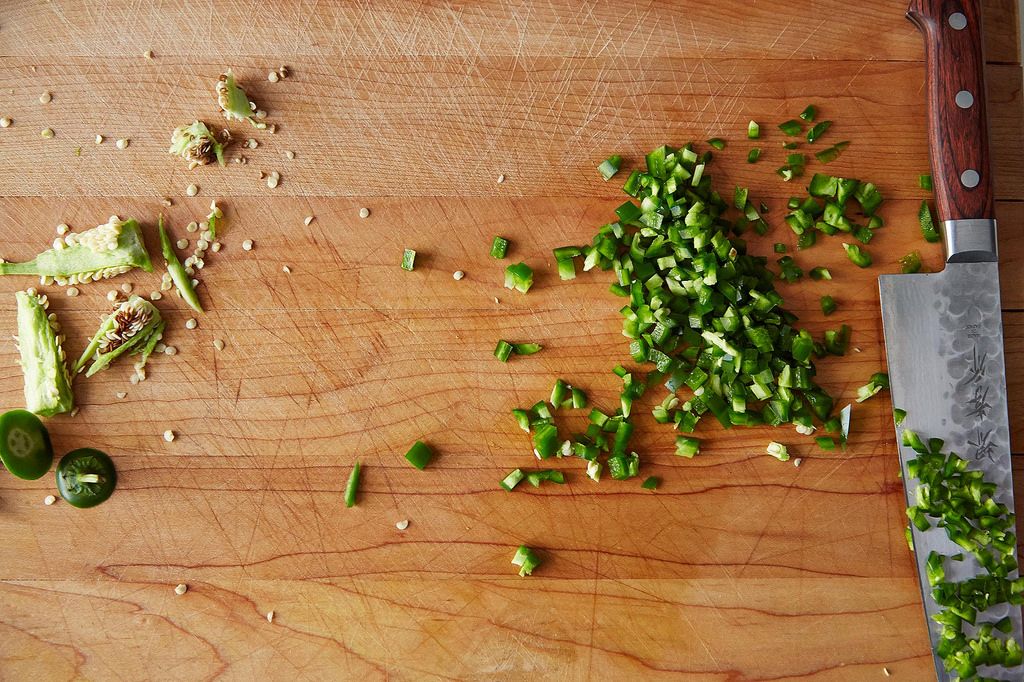 Here, the sweet raisins and softened onions temper the jalapeño's spice and salami's salty funk, and there's just enough of the more agreeable variety of broccoli to make sure that the bitter rabe doesn't take over, as it often does. Dousing the pan with water and boiling it all down (twice) also mellows any lingering attitude problems, by forcing everything to break down and mingle.

More: 5 new pasta sauces to add to your repertoire.

Beyond this recipe, which I encourage you to follow verbatim, there are two techniques at play here that you can use anytime. 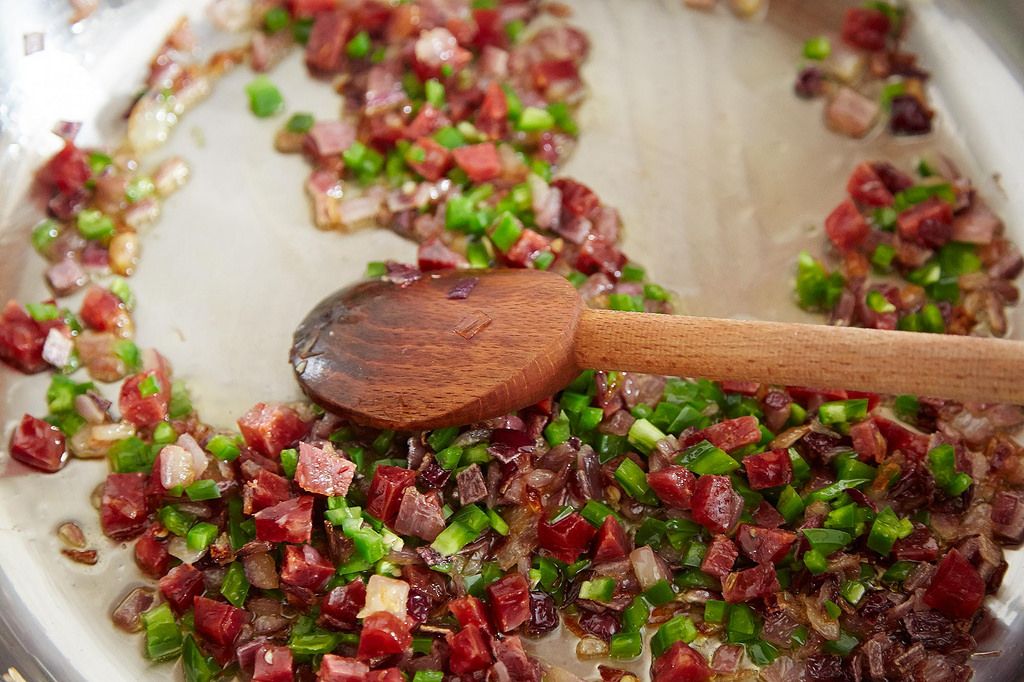 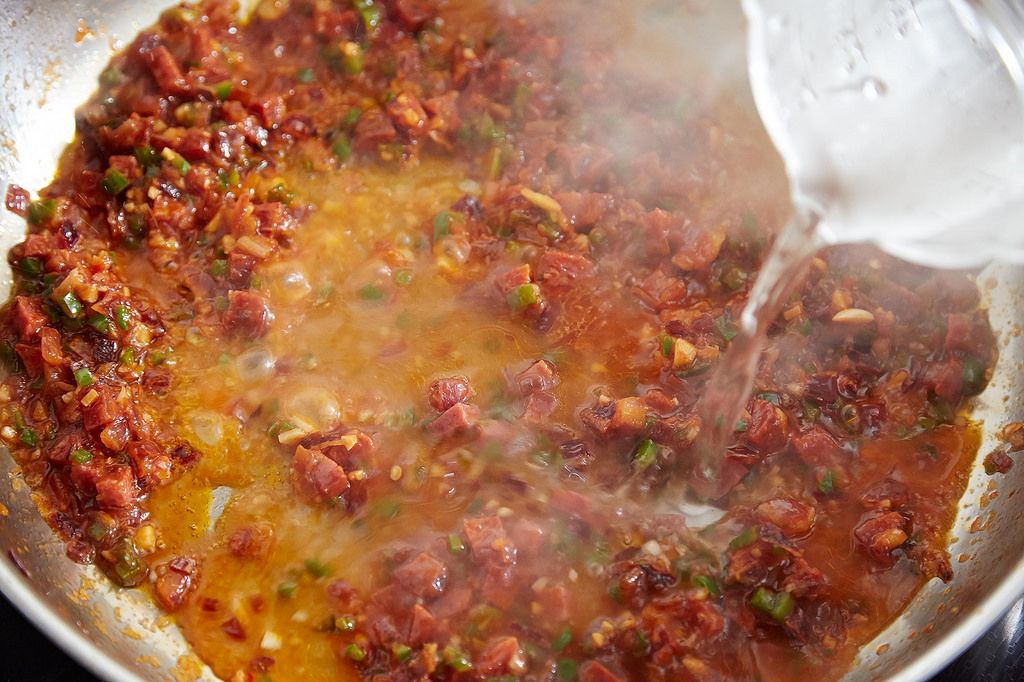 First off: Instead of tossing your pasta with loose odds and ends, you can form a better, more cohesive sauce -- unleashing their flavors and stretching them further -- by boiling them down with a little water. 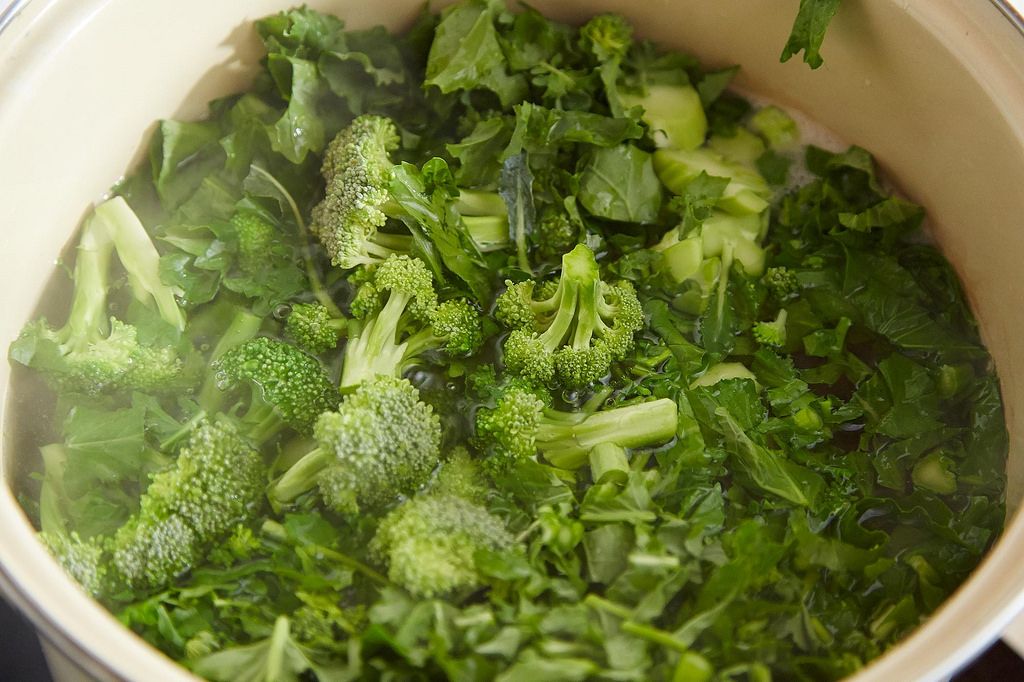 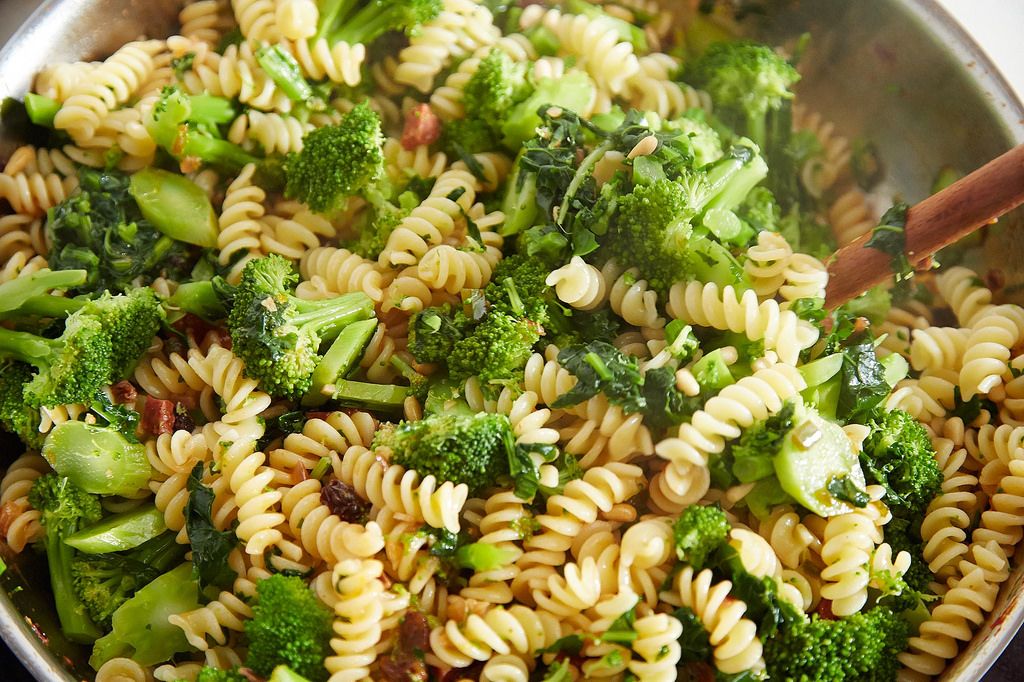 Second: Consider throwing vegetables in to blanch with your pasta -- the water is already salted anyway, and it's one less pot (and strainer) to clean. It's a little daring, not being able to control exactly how done they are, but it pays off in unspent dishes and the pride that comes with efficiency -- and you'll get better at timing, the more you experiment. Here it's broccoli, but it could just as easily be peas or greens, carrots or corn. 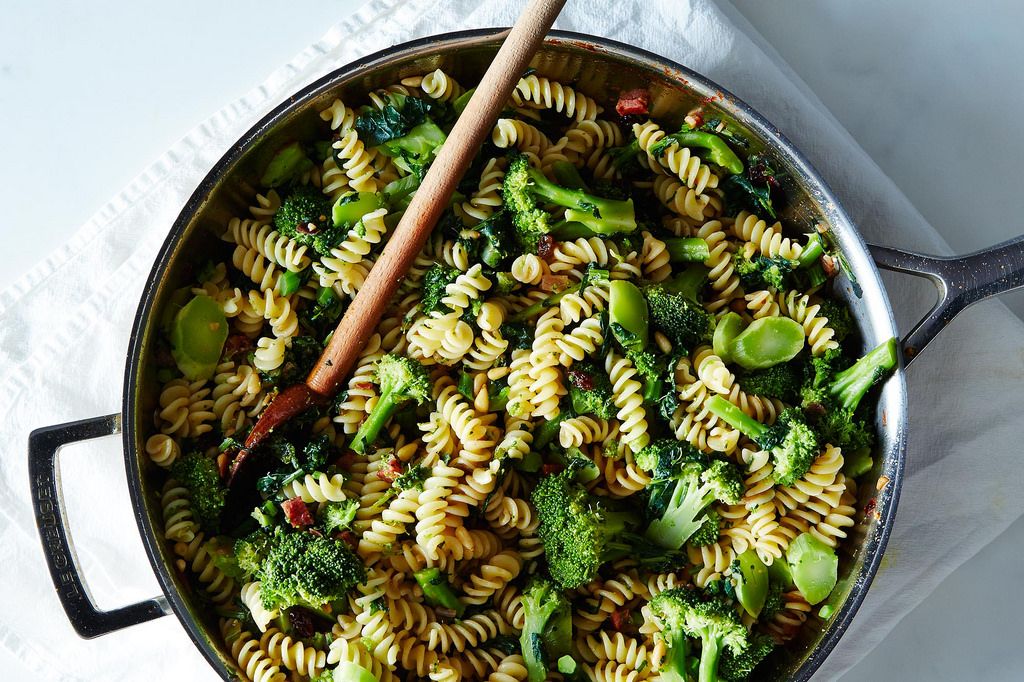 Not only is this dish better than you'd ever expect, but it makes a very good cold pasta salad the next day too -- a happy thing, because the recipe generously stretches a pound of pasta to feed four, with plenty to spare. 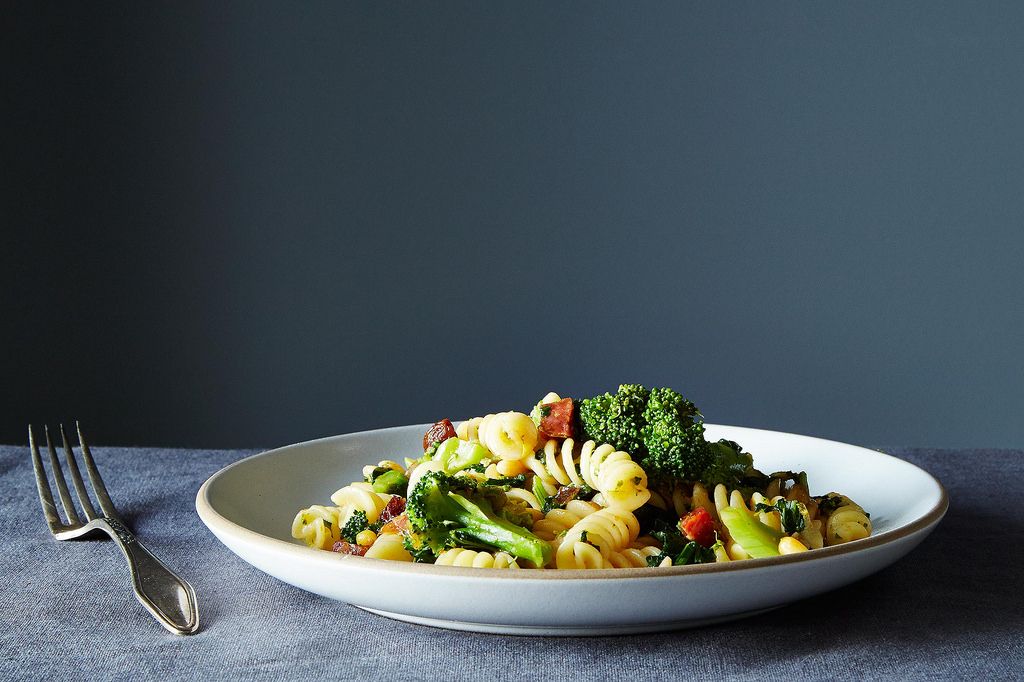 From The Splendid Table's How to Eat Supper (Clarkson Potter, 2008)

Serves 4 as a main dish

Gundega K. October 3, 2014
Blanching vegetables with the pasta? I use a strainer insert to my pasta pot. Lets me remove all the vegetables exactly when I want.
Author Comment

Kristen M. October 3, 2014
That's brilliant, but this works well too, for people who don't have a snazzy pot like that.

Betty J. October 1, 2014
Well I was thinking of trying chopped Kalamata olives for the salty meaty taste. As a vegetarian you can use the cheese. I will make this with the pine nuts but might tweak it later with toasted walnuts for a stronger flavor and a crunchier texture. I can't think of a substitute for the cheese--sigh. chuckle chuckle Atlantic gull--yes but I usually try to keep quiet about it!

Atlanticgull October 1, 2014
Just when I thought I knew what I was doing for dinner! ;)
Author Comment

dawn October 1, 2014
Sounds great got a suggestion to replace Salami to make it vegetarian?

Atlanticgull October 1, 2014
OK, seriously? Please explain to me how I can possibly NOT make this. You people are relentless!!! Sheesh...
Author Comment

Betty J. October 1, 2014
I will certainly make it and make it vegan--I turn many recipes I find on Food 52 and make them vegan. I do miss cheese but have learned to live without it.

lori B. October 1, 2014
This sounds WONDERFUL!! however, we're vegetarians.....would it ruin the "genius" without the salami//
Author Comment

Marcie S. October 1, 2014
Not afraid at all.... my in-laws are Sicilian so Ive been having pasta w pine nuts and raisins for yrs!... They are also make a really good sauce with roasted cauliflower, ONE smashed anchovy(hahah....just one) and good olive oil. Try it and I will try yours!
Author Comment

Kristen M. October 1, 2014
It sounded Sicilian to me, but I didn't know what to make of the jalapeño -- have you ever seen that in your in-laws' cooking? I am all over that cauliflower-anchovy sauce.

Marcie S. October 1, 2014
never a jalapeno... but I just use red pepper flakes... cook the cauliflower in the pan w the anchovy and smash it down a little... but leave most whole.. I love the stuff

Cafe42 October 1, 2014
the Genius is that it tastes great and wastes nothing!
Author Comment

Kenzi W. October 1, 2014
I, too, was scared re: the ingredients list -- but I couldn't stop eating this when you made it at the shoot. So, so good. And beautiful words today.
Author Comment