How to Make Tarte Tatin

Today: An impressive, classic, and cozy dessert for fall -- that's made entirely in the oven. 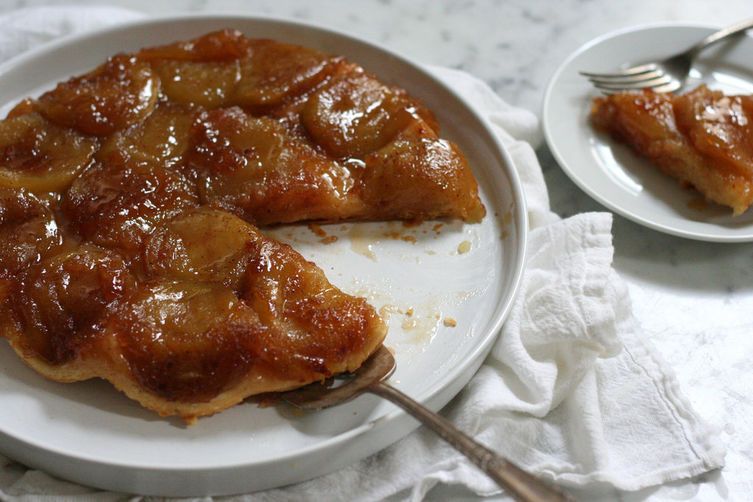 I may have clung a little too hard to summer this year. I was not ready for my last tomato salad or peach galette. But last week, the smell of apple pies baking (and apple butter simmering on the stovetop) finally got me excited for fall.

When fall arrives, there’s one dessert I especially love to make: tarte tatin. It’s beyond easy: Heat the butter and sugar in a skillet (it will turn into a gooey caramel in the oven), then add some apples and a slab of dough to hold it all together. In the grand tradition of so many simple desserts, it’s assembled upside-down, which makes it easy to prepare -- and creates an extravagant presentation when it’s turned out. Plus, unlike some tarte tatin recipes, everything happens in the oven -- so you don't have to worry about making caramel on the stovetop.

By nature, tarte tatin is a basic dessert. While most recipes call for store-bough puff pastry, my unending desire to make everything homemade leads me to another option: pie crust. So I make a super-flaky pie crust and treat it like puff pastry, folding it a few times to create layers. Then, I roll it out and use it as the base for the tarte tatin. It’s not as flaky as puff pastry, but it’s a fabulous substitute -- crisp, buttery, and easy to pull off (especially at the last minute). 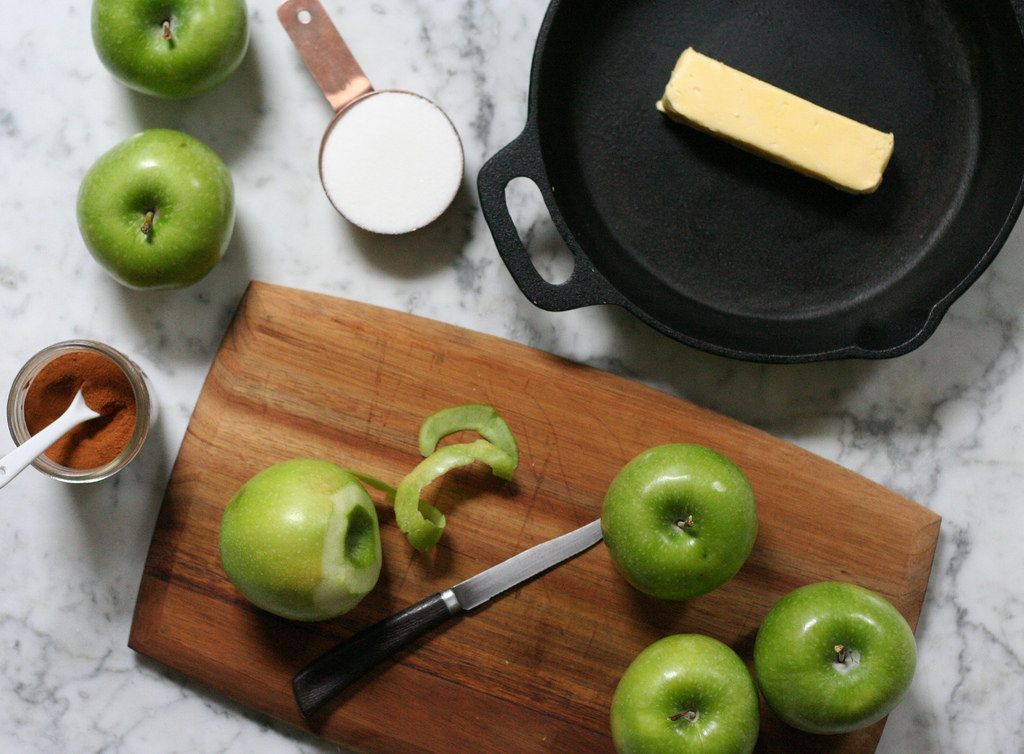 Here's my advice for a no-fail tarte tatin:

For the pie crust:

For the Tarte Tatin:

A note to all of the readers: Thanks for your comments about providing weights in Baking Basics recipes. Because Food52 is a website for home cooks, I initially developed all of the recipes to be made with volume measurements. However, thanks to your comments, I now know avid home bakers care about precision as much as any professional, and have gone back and added weight measurements to past Baking Basics recipes. I will continue to provide weight measurements (when applicable) from here on out. Thanks so much for the feedback!

Arrxx March 22, 2015
It would be very helpful to SHOW the apple cutting technique."place your apple on its side with the core facing your dominant (knife-wielding) hand. Hold the knife at the same angle as the apple side and cut the core out by slicing down in one smooth motion." Hmmm. A picture is worth a 1,000 words.

Sophie L. January 15, 2015
I made this version with a 11" iron skillet and 6 apples.I cheated a bit...I used commercial flaky dough
Turned out beautifully and very good.But we took notes!

-CUT the cinnamon to a pinch (I wondered why that ingredient was there...not very French :-/ )
-use radiant oven setting instead of convection (takes out the burnt caramel taste)
-continue using my bigger skillet and the food52 method to cut apples :-)

sweetE October 11, 2014
How do you keep any leftovers (if that should somehow happen) from turning black? I made an apple crisp in my cast iron skillet and the next day it looked revolting! I thought the first time I did it was a fluke, but the second time it happened, I realized I was the common denominator in this mess. Any clues or help so I could try this recipe?

rbsoccermom October 10, 2014
I could make this with pears, couldn't I? I received a lot of Bosc pears in my farm box this week. Might they be too grainy for this?

Kartoffellöffel October 10, 2014
I've used pears many times. They work equally well and are delicious. Pears do contain more water though, so you may have to finish the tarte on top of the stove to evaporate some excess liquid and thicken the caramel.

Kartoffellöffel October 10, 2014
I'm surprised at the addition of cinnamon in this recipe, which is not a flavor that I associate with this classic French dessert. I'm especially surprised that the measurement called for is a whole tablespoon of cinnamon. Can that be right?

Erin J. October 10, 2014
Cinnamon isn't traditional, but I love adding it to vanilla sugar to make this tarte tatin-makes the house smell amazing and fall-like. You can absolutely leave them out if you want to go the more traditional route!

HalfPint October 10, 2014
I make my tarte tatin by melting 1/2 or so of butter into a cast iron skillet, adding enough sugar to cover the bottom of the skillet, laying apples on top, and cooking until the apples softened and caramelized on the bottom. Then I put either a prepared pie crust or puff pastry on top and bake at 450 until the crust was golden and cooked. No recipe. I learned it by watching David Lebovitz's short video in which he did just that. So incredibly simple and each time I make it, it's just amazingly good.

Erin J. October 10, 2014
Sounds incredible! You're right-tarte tatin is one of those magical, no recipe needed wonders!!!

tamater S. November 9, 2014
That sounds so easy. Off to look for the Liebovitz clip now. Thanks!

dymnyno October 10, 2014
I love making tarte tatin! My version on Food52 includes a delicious butter crust and a filling that has a few tasty extras such as rum soaked currants and toasted walnuts. I love to use Gravensteins, but your favorite apple will be just as delicious.