Cooking on the cheap shouldn't mean minute rice and buttered pasta every night. With a little creativity and a little planning, Catherine Lamb shows us how to make the most of a tight budget—without sacrificing flavor or variety. With a few calculated indulgences, you can make a stunner of a meal—all for less than you’d spend on a movie ticket. 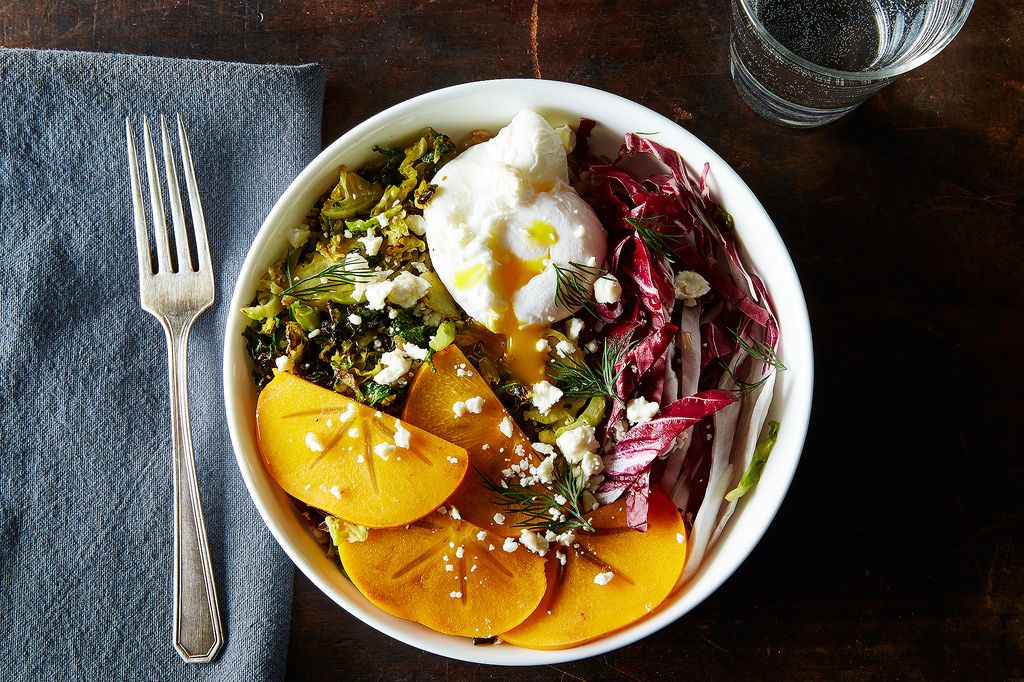 Some of you may be asking, "How is spending five dollars on a meal markedly different than spending ten dollars?" It's different in the same way that a power lipstick is different than your standby lip balm and buying yourself a modest bouquet of flowers is different than picking a few striking weeds from along the sidewalk. Both options work, and work well—but one is clearly just a little bit more.

In short: Those extra five dollars might not look much different on paper, or in your wallet, but it makes a difference when you taste what’s on your plate. I have nothing against five dollar meals—they have been my stalwart companion for many years; I’m just arguing that, when you're looking for something a wee bit fancier,  spending a few extra few bucks can take a meal to a new realm.

So, for when you have the extra five bucks to spend, here are three tips on how to make a very good, very complete meal for ten dollars: 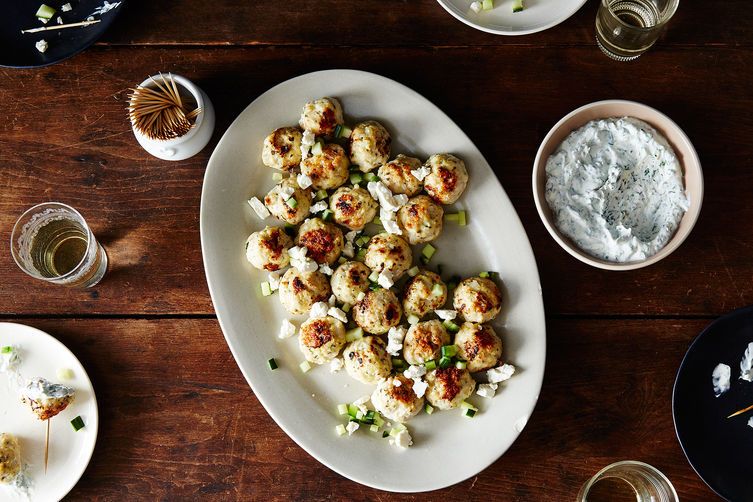 A small package of ground meat will probably eat up a good chunk of your budget, so it's best to keep the rest of the meal simple. Go to the meat counter and ask for a certain dollar's amount of ground meat; the butcher can help make sure you stay within budget (you'll probably need to spend at least five to seven dollars on enough meat to feed four people). Choose whatever meat looks best, then roll up some meatballs without a recipe. If you have an arsenal of Asian sauces in your pantry, try a bold Thai stir-fry or coconut-scented fried rice. Bonus: Both these options just get better from hanging out in your fridge.

More: If you want to be even more thrifty and hands-on, here's how to grind your own meat. 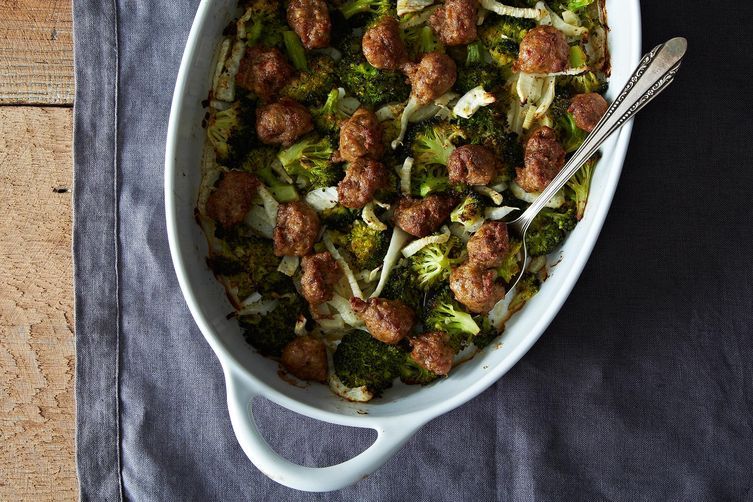 If you don't feel like dealing with ground meat, or you just want to add a bit more chew, spice, and fattiness to your life, sausage is another option. Choose a plain option if you want to doctor it up with your own seasoning, or take the lazy path and buy one that's ready to eat. Add your sausage to bean-filled soup, or nestle them on some wilted, lackadaisical cabbage. If you want to avoid flying sausage grease, do as EmilyC does and roast your sausage alongside some hearty vegetables (bonus: they soak up all that delicious sausage fat). 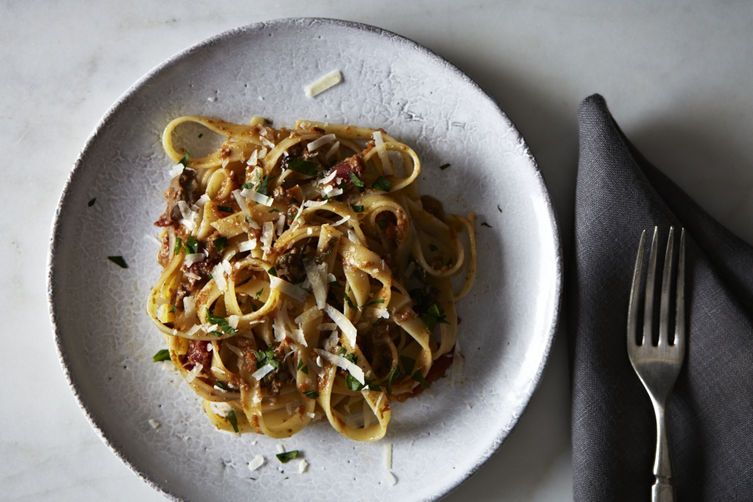 Embrace the "eat the whole animal" trend and try cooking with offal. Pick up a container of chicken livers and turn them into mousse or a rich ragù. If you're hesitant about the whole offal thing, start with duck or beef heart. Don't worry: It's nothing like Game of Thrones led you to believe. When prepared correctly, heart tastes like lean steak. Plus, it's incredibly cheap—and who doesn't want to say that they had heart for dinner? Major cool points. If that all sounds a bit too adventurous, do as the butchers do and try out these four lesser-known cuts of meat. 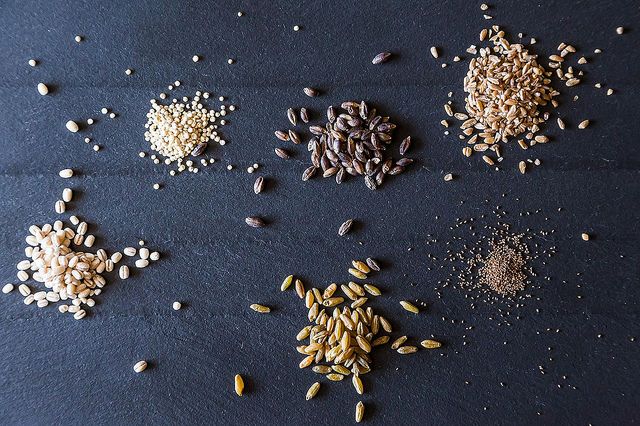 2. Get adventurous with grains.
Brown rice is grand, couscous is fine, and quinoa is lovely, but if you're looking to branch out on a budget, try cooking up some unfamiliar grains. We've got a comprehensive guide ready and waiting for you, as well as a few tips for how to best cook each and every one. If you're just venturing into the realm of ancient grains, I recommend starting with something nutty and sturdy—my personal favorites are farro, wheatberries, and barley. Head to the bulk bins for a better selection and better prices, then go forth and make a grain bowl.

More: Did you know you can sprout your own grains? And you don't even need a green thumb. 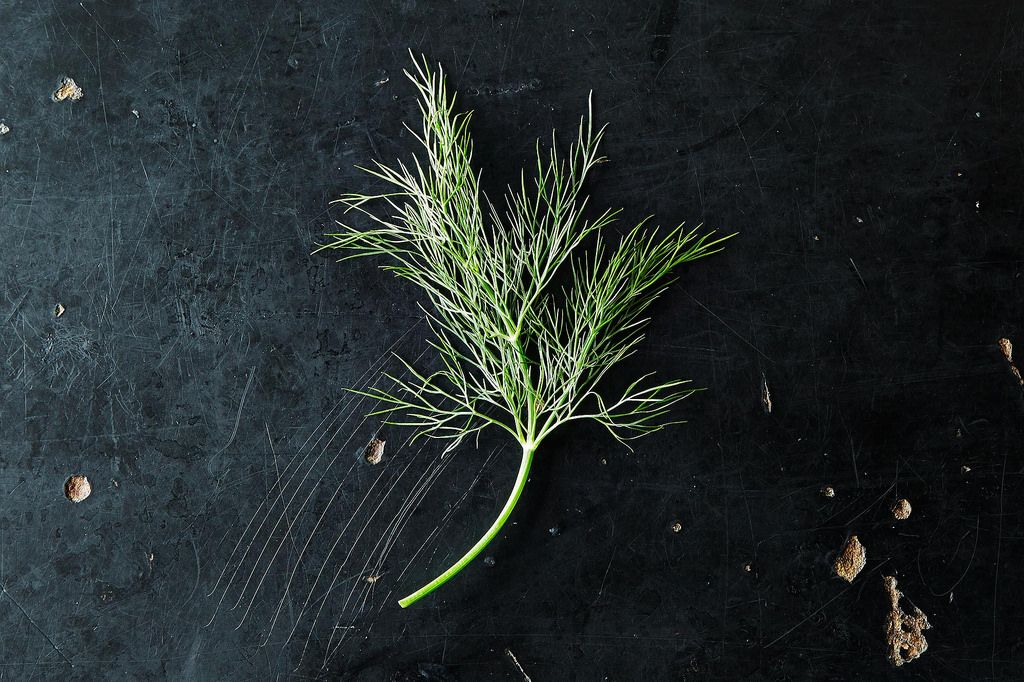 3. Herbs! Herbs! Herbs!
For tiny green leaves, herbs can be absurdly expensive. Yet no ingredient will do more to brighten up even the most unimaginative meal. To save money, buy herbs in small amounts so they don't go bad on you. Do some sleuthing to see if your friends and neighbors have an herb garden they would let you pillage, or just take the plunge and start your own. (You can do it in your windowsill!)

As summer approaches and we start eating far too many tomatoes and corn, basil is a natural addition. Recently, I've also come to understand the fuss about flat-leaf parsley (NOT curly!) and have discovered that mint is a surprisingly good addition to most dishes. Dill has a place beyond your pickles and potato salads. Oregano exists in fresh form, and it is lovely. Now, if only I could get over my cilantro aversion...

More: Once you've gotten your hands on some fresh herbs, don't let them go to waste. 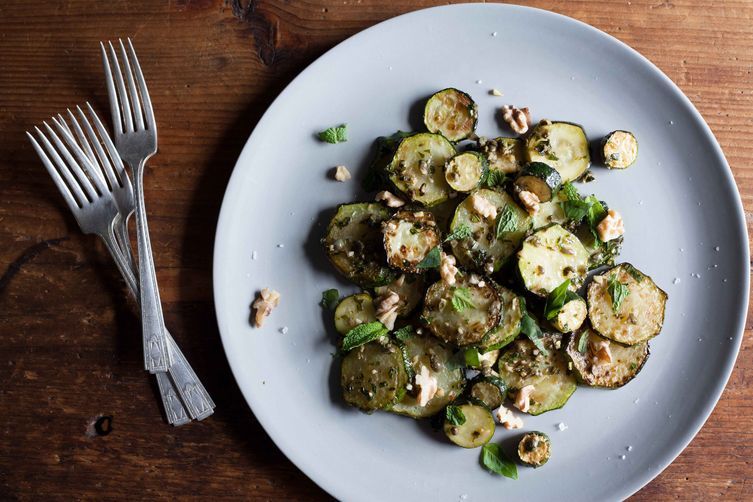 What are your favorite modest ingredient indulgences? Tell us in the comments!

This article was originally published in 2015.

Dee A. April 12, 2018
Feta cheese and good olive oil can inspire almost every vegetable, even that zucchini that everyone loathes by July.

Beverly I. May 3, 2015
Thanks! It is always great to learn creative ways to make great tasting , healthy meals without breaking the bank.

btglenn May 3, 2015
Anchovies may seem like an extra, but a little goes a long way to add flavor to any pasta or stir fry.

Cynthia C. April 29, 2015
I love this! (Also, I was SO HOPING that that "Sausages! Sausages!" link was going where I thought it was, and it. did. Best Super Bowl commercial EVER.)

Stephanie April 29, 2015
Cheese! I love to sift through those little $5 and under baskets that they sell little cheese bits in. Instead of blowing the budget, I get my fix that way.