5 Modern Takes on the Waldorf Salad

We partnered with California Walnuts to make our own version of the Waldorf salad. Add yours to their timeline by submitting an original recipe to their contest here. Read on to find out more. 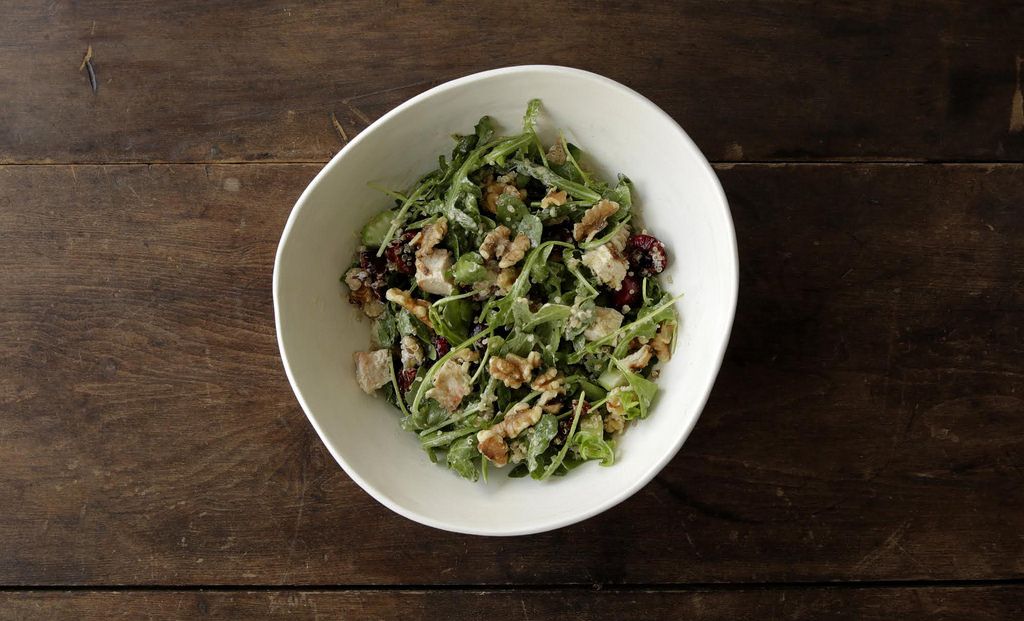 The original Waldorf salad—a three-ingredient dish created over a century ago—is a recipe that's somehow managed to stay relevant despite shifts in society's eating and dining culture. Each decade, the salad has been made over to reflect popular tastes as well as homegrown interpretations (like this one, in 1928). New ingredients, like walnuts or greens, sometimes became standard while others (remember Jell-O molds?) seem to only be of a time.

We wanted to do it our way, so here are five ways we upgraded the Waldorf salad, from quick tweaks to new add-ins:

Change up the apples. 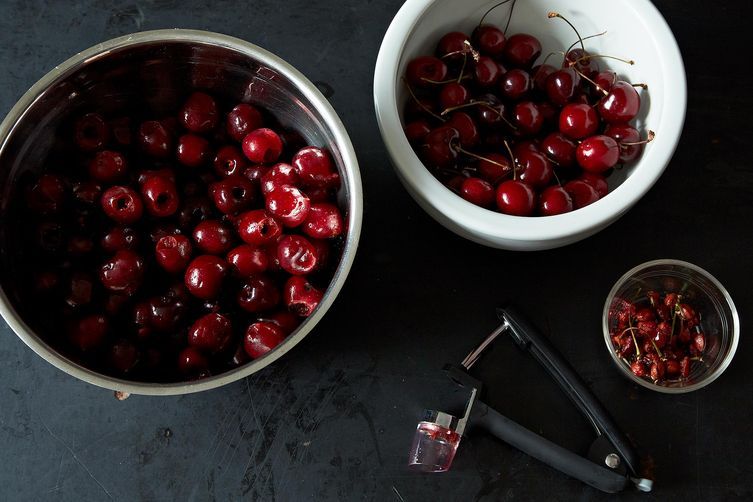 Apples aren't always in season, and during the summer, just-ripe cherries are one of our favorite fruits to toss into anything. To offer tartness that balances the creamy dressing of the salad, swap in a cup of fresh cherries for diced apples.

Add in some grains and grilled chicken. 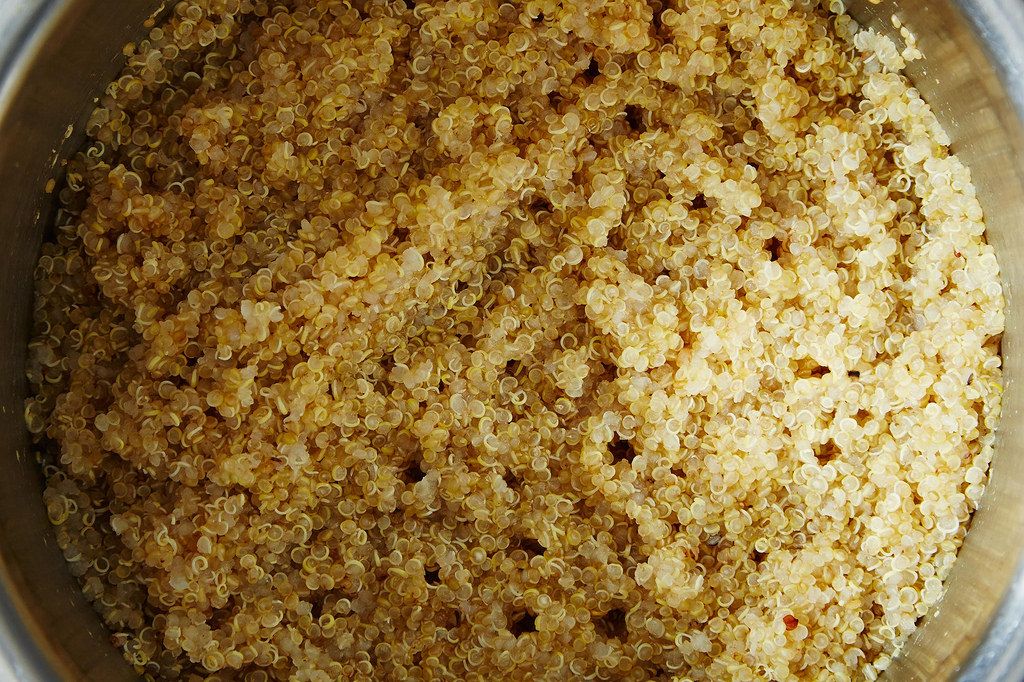 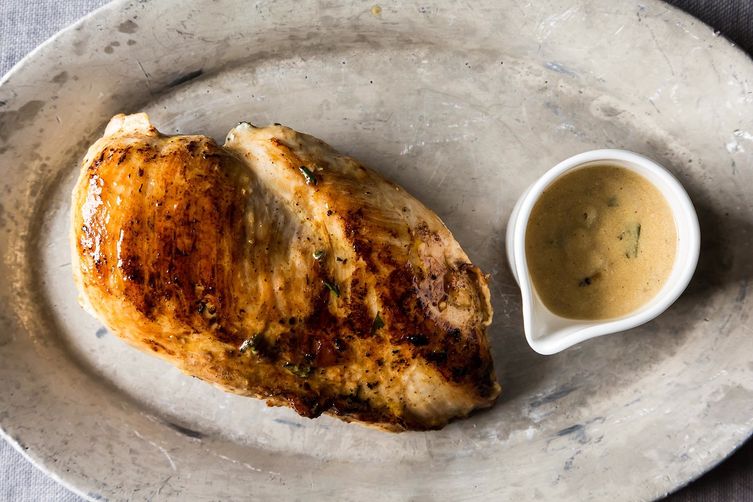 A little grain and protein never hurt a salad, and the Waldorf is no exception here. Fluffy quinoa gives some extra body and nuttiness to the original recipe, while the addition of chopped grilled chicken makes it a meal. A half cup to a cup of quinoa and a cup of grilled chicken bulk things up just enough. 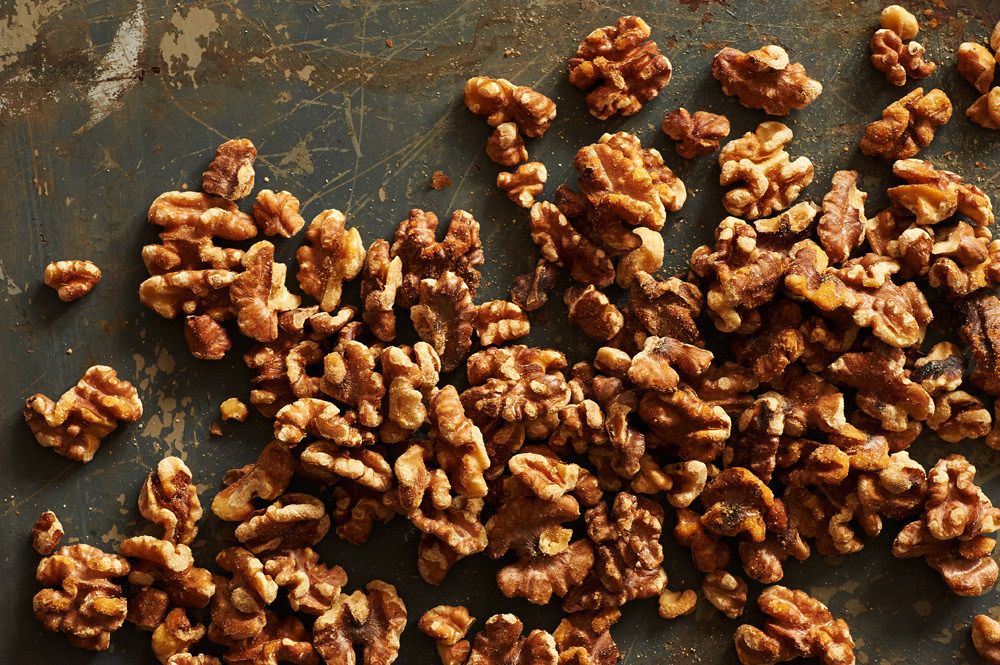 Walnuts are the quintessential ingredient to the Waldorf salad—even though, funnily enough, they were not in the original recipe. Toasting them in a pan for five to ten minutes gives them a new dimension that lends an even richer flavor and crunch. 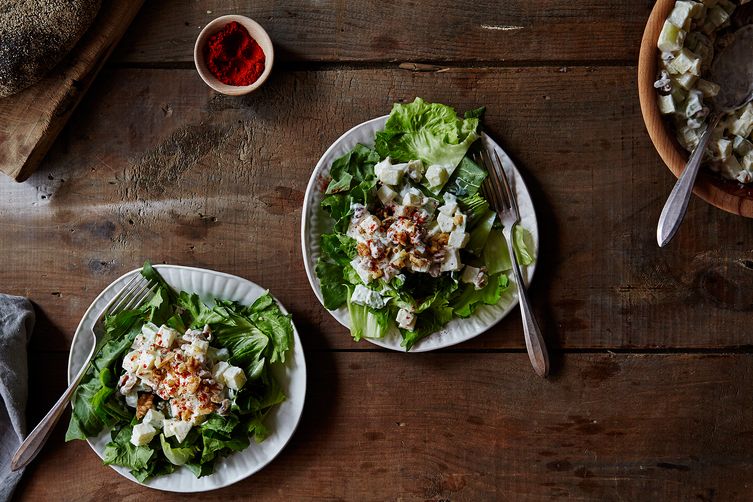 While the 1928 recipe was practically modern with its use of escarole or chicory, using different types of greens and tossing everything together gives the Waldorf salad a new feel. Arugula, kale, mustard greens, watercress, or spinach are all good stand-ins for a bed of basic lettuce.

Swap in yogurt for the mayonnaise. 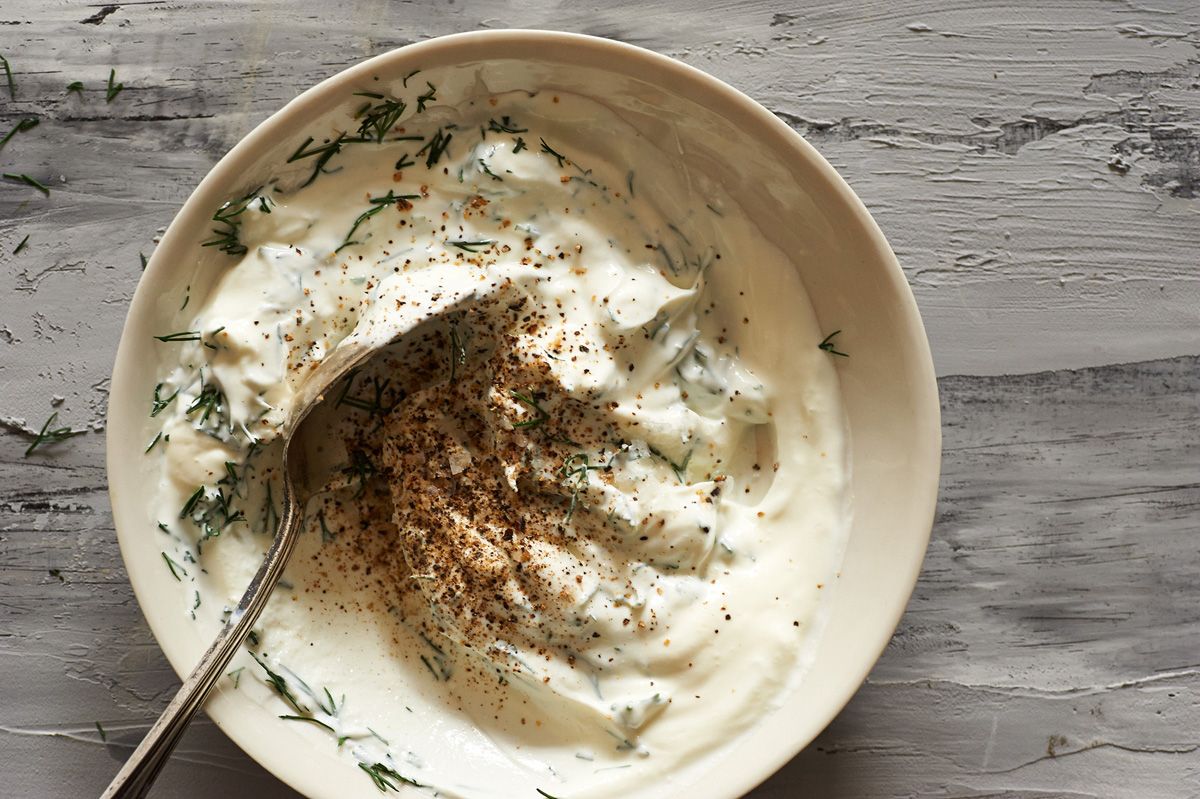 Something as simple as a half cup of yogurt whisked with olive oil, lemon juice, freshly-ground pepper, and sea salt makes a light, lovely replacement for mayonnaise. Drop in fresh herbs, a little hot sauce, or some diced pickles—the dressing is endlessly customizable.

And when you're ready to mix one up, here's how to do it:

We partnered with California Walnuts to make our own version of the Waldorf salad. Submit yours to their contest here for a chance to be featured on the menu of the Waldorf Astoria New York's Sunday Brunch menu.

zoumonkie July 12, 2015
It's not Waldorf salad any more than its cherry fool

Alana K. July 8, 2015
Love the yogurt swap idea! All about this modern Waldorf!