Today: The leaf everyone loves to hate -- except us! We just can't quit you, kale. 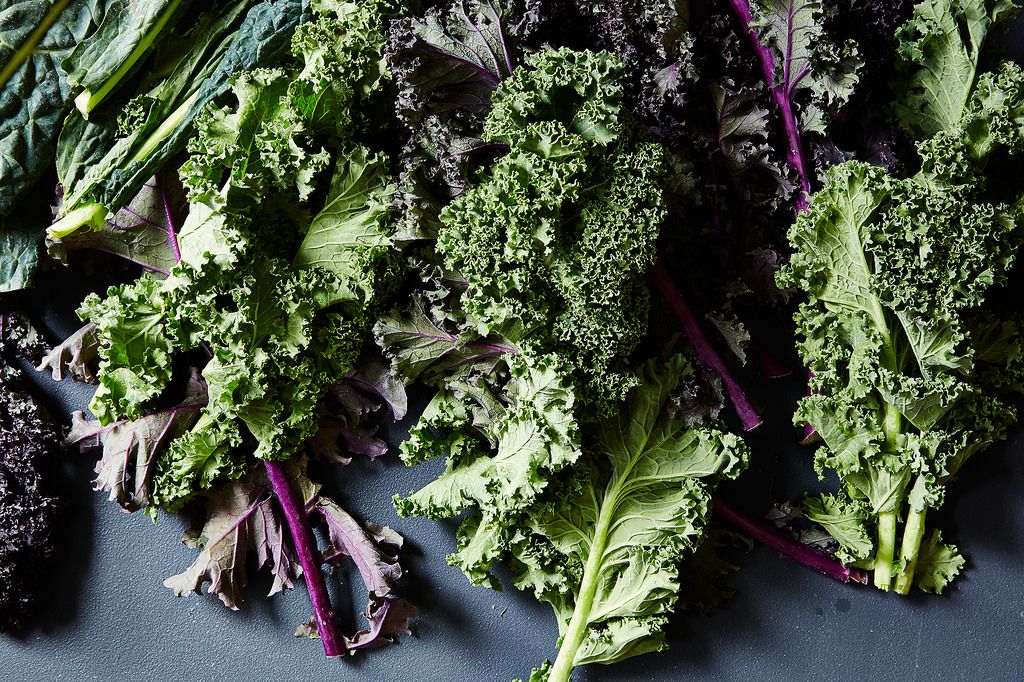 With how divisive kale has become, it’s no surprise to hear that kale is a member of the oft-maligned Brassicaceae family. It actually belongs to the same species (Brassica oleracea) as some of the most derided family members, like brussels sprouts, cauliflower, and broccoli.

But kale doesn’t deserve its current level of contempt. Yes, its ubiquitous presence means there might be a kale salad on one too many menus, but it has to be hard for an unassuming leafy green when labels like "super food" get thrown at it -- kale didn't ask for that. 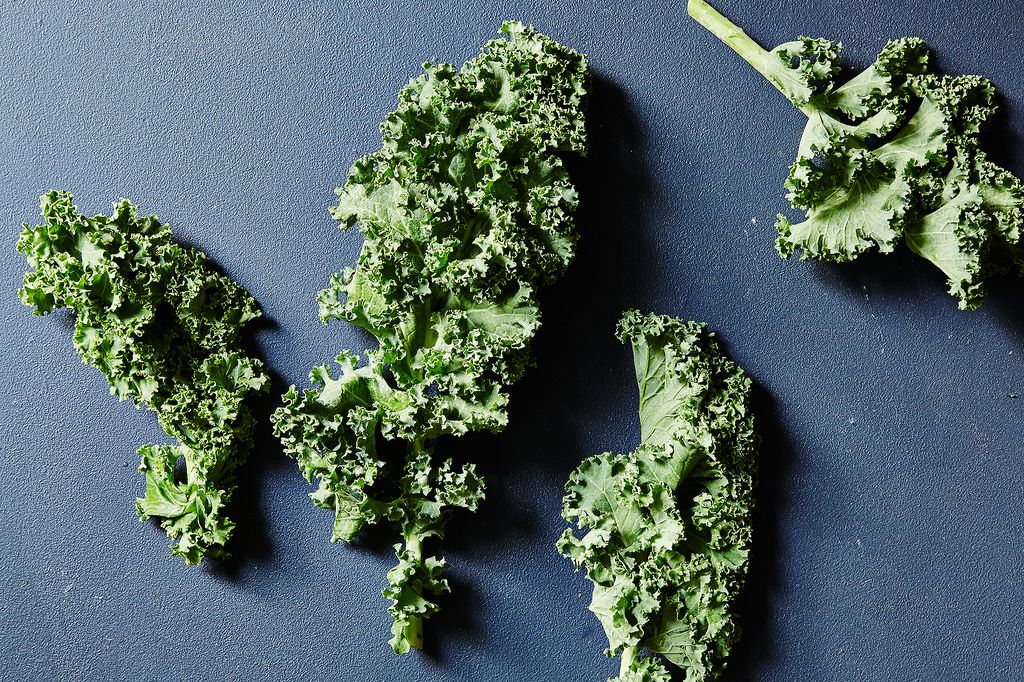 Some people think we’re riding a kale bubble that's soon to burst, leaving us to all move on to the next hip vegetable, whatever that may be, but I’d like to disagree. Kale is here to stay, and not just because it’s super nutritious, but also because it’s versatile, it’s at its best during the coldest months of the year when fresh vegetable selections are slimmer, and most importantly, it tastes good.

Of course we’re biased -- around here we throw kale parties, choose our logo color based on a particularly nice leaf of Tuscan kale, and own kale clothing (okay, that last one’s me -- I own this sweatshirt and so does Beyoncé). Even we have a limit though: This is it.

More: Have a few bunches of kale in your refrigerator? You have a week's worth of dinners. 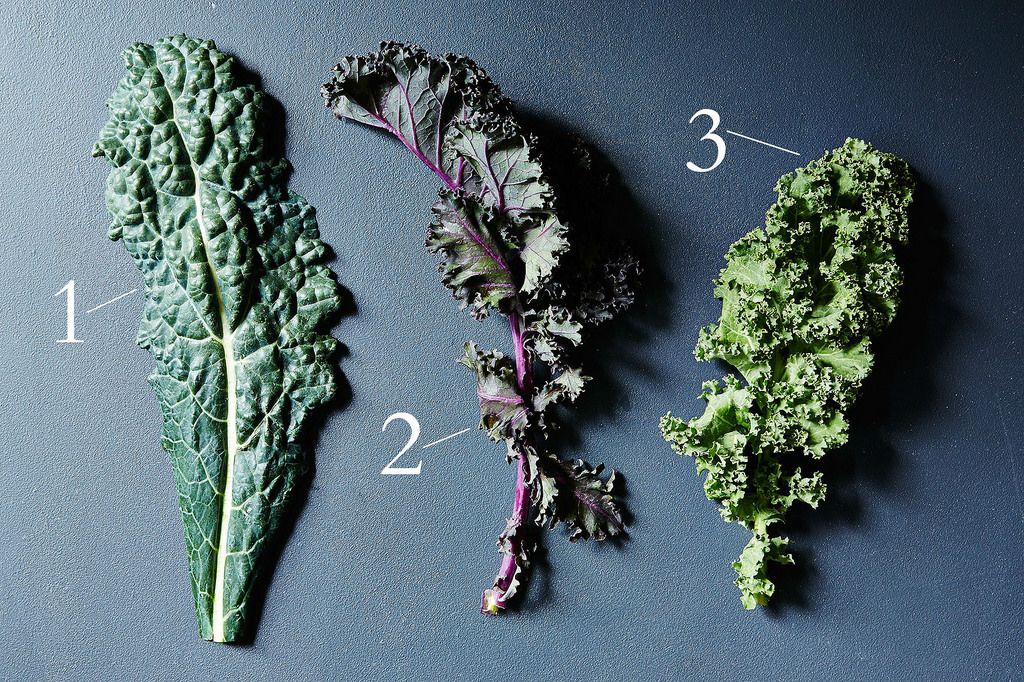 Head to a grocery store or farmers market and you're likely to come across kale that can fit into one of these three types:

Lacinato kale (1, pictured above) is an Italian heirloom, and it’s arguably the most striking variety, with flat, deeply-colored, tongue-shaped leaves that appear bubbled. It also goes by Tuscan kale, Dragon's Tongue, and cavolo nero, among other, perhaps less-refined, names -- as Elizabeth Schneider decisively states: “Although it is also marketed as 'dinosaur' or 'dino' kale, I refuse to say those aloud.”

Russian (or Siberian) kales (2, above) have lacy-edged leaves that, when flattened, look like they might have come from an oversized oak tree. Elizabeth Schneider shares a fun fact about varieties with "red" in their name: "The stalks and veins [4, below] turn magenta to ruby in cold weather; but they exhibit little of this coloring when grown in warmer conditions.”

Scotch kales (3, above) have very ruffled, curly leaves and, fittingly, we often simply refer to them as curly kale. 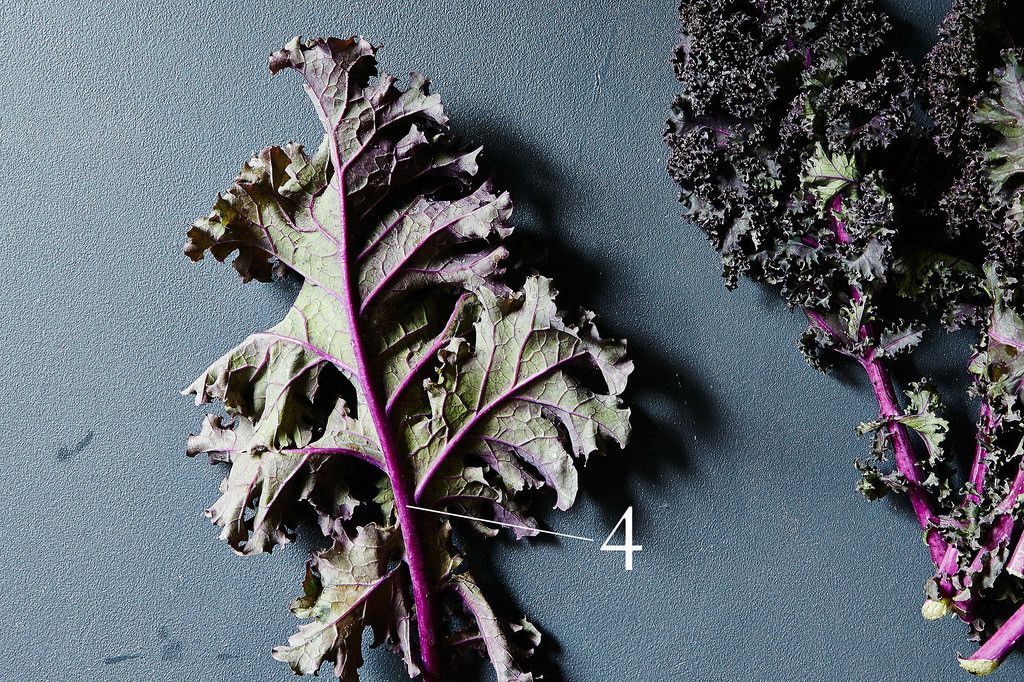 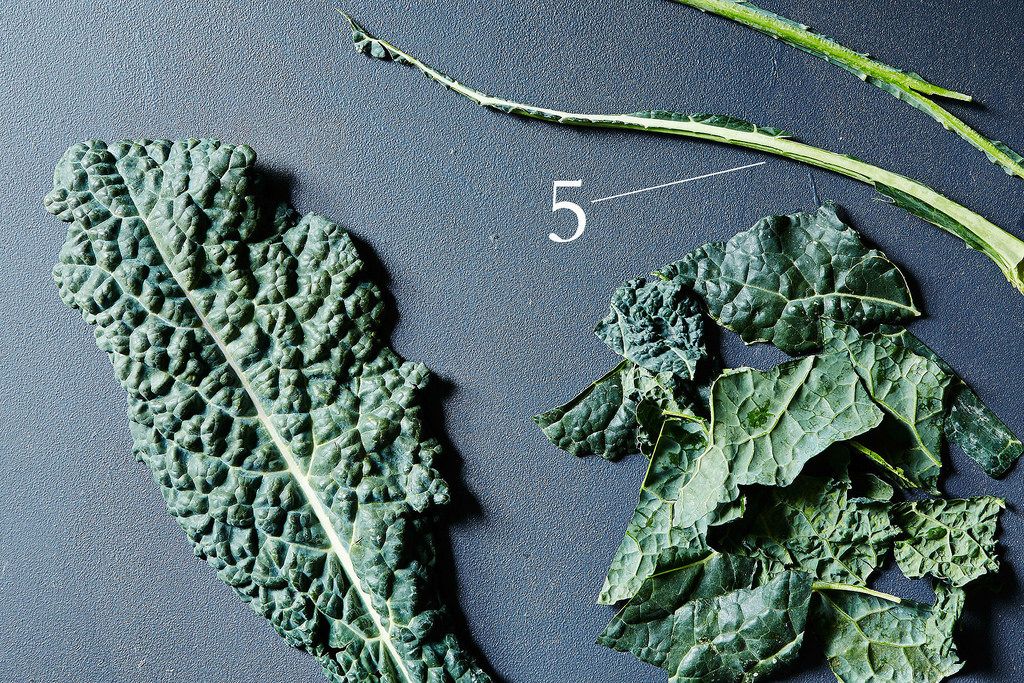 As when selecting other greens, look for bunches of kale with leaves that aren't wilty, yellowed, or browning. You can store kale in a plastic bag in the coldest part of your refrigerator, but you'll want to use it sooner than you might think. As Elizabeth Schneider explains: “Although it will not appear spoiled, kale should not be held more than a few days or it becomes flabby and bitter, losing its fresh green flavor and acquiring a more pronounced cabbagy one.”

If you’re using very small (sometimes called baby) kale leaves (or sprouts!), the stems can stay; otherwise you’ll want to remove each one (5, above), either by tearing it away from the leaf with your hands or slicing it away with a knife. (Here's a step-by-step visual of that process.) Once the stem is removed, you can then break down the leaves into the size best suited for your use. We most often either tear the leaves into pieces (7, below) or slice them into thin ribbons (6, below).

More: Those stems don't need to be discarded -- start putting your kale stems to good use. 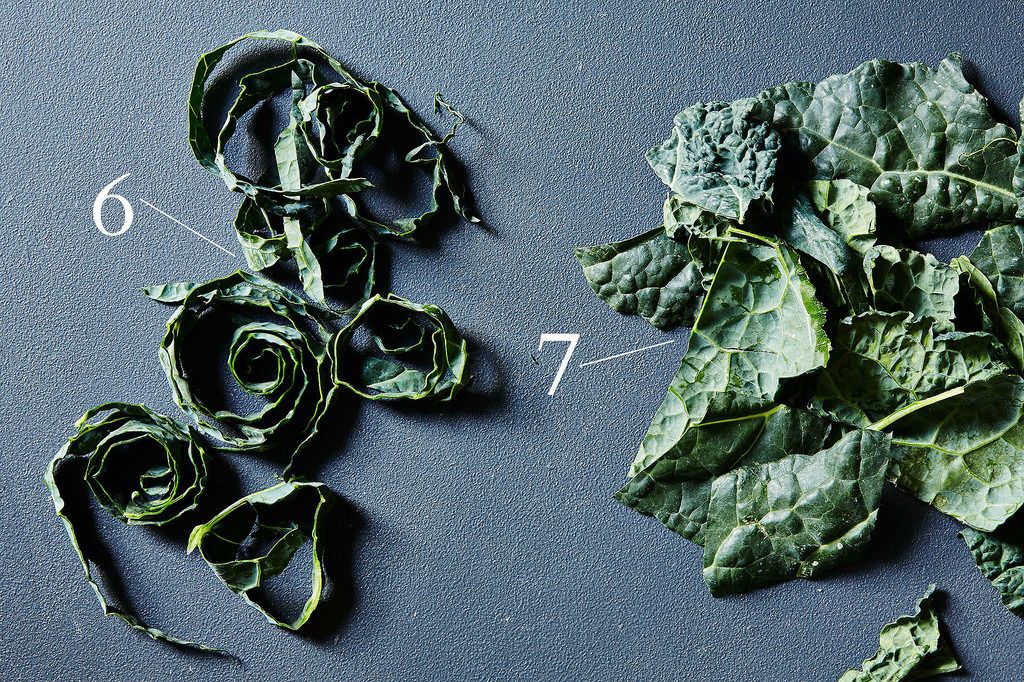 Now that your kale is properly prepped, here are 9 ideas for using it that don’t involve kale salad:

This is a safe space. Tell us: How do you really feel about kale?

Nat P. June 19, 2017
Kale has well and truly made it into my life. I love a quick saute finished with chopped dried cranberries, currants and any nut combo you can find. Or the food52 recipe with salmon and coconut rice, so yum.

btglenn October 4, 2015
How about a hearty PORTUGUESE KALE, SAUSAGE, AND POTATO SOUP
1 quart chicken broth add a bunch kale, shredded, and use the stems, too, cut into 1/4" slices. Add 1-2 potatoes, in small slices. Linguica or other sausage, pre-cooked and sliced and 1 cup canned and rinsed cannelli beans, optional, for an even more filling soup.
salt and pepper, oregano, rosemary, to taste.
Cook the kale in chicken broth along with the sliced potatoes, herbs, seasonings, sausage, and beans, optional. When kale is tender, stir in 1/4 cup instant potato flakes to thicken, and mix with other ingredients. Let stand 5 minutes to thicken, stirring the soup. Add more broth or water if a thinner soup is wanted. Serve.

Mark O. February 22, 2015
As a home gardener, kale is ridiculously easy to grow from seed. Every spring I grow enough kale to try every kale recipe. Favorite so far is Creamed Kale Au Gratin. The neighbor ladies will take all the kale I can give them. When I get truly overloaded I fill some kitchen garbage bags with kale and take it to the food pantry as part of the "Plant A Row For The Hungry" program.

Olive February 22, 2015
What is this conspiracy .... everywhere you turn its kale, kale, kale - I like all other veggies and love cooking but this is really putting me off