Even if you aren't celebrating Rosh Hashanah, the Jewish New Year, I advise you still partake in loaves of feathery, eggy, lightly-sweet, want-to-rest-your-face-in-it challah.

But not just any challah. For a celebratory, once-a-year event, make your loaves fancier than they've ever been before (Rosh Hashanah is like the challah red carpet!)

Start with your favorite challah recipe (Jessica Fechtor's Five-Fold is mine: It takes 24 hours but is mostly hands-off! The dough is so airy you can see the bubbles even after it's braided, so soft it feels like a baby's cheek).

Once you're ready to shape...

1) Fill your challah. Rachael Strecher, who has swiftly earned the title of (Not)Recipes' Challah Queen, rolls out part of the dough with a pin, spreads it with fillings (a purée of slow-roasted tomatoes, butter, and walnuts; roasted garlic; pesto, too!), and reshapes it into a log that's then braided. Read more on that technique here.

(Pssst: An apple butter and honey filling might be particularly appropriate for the holiday!) 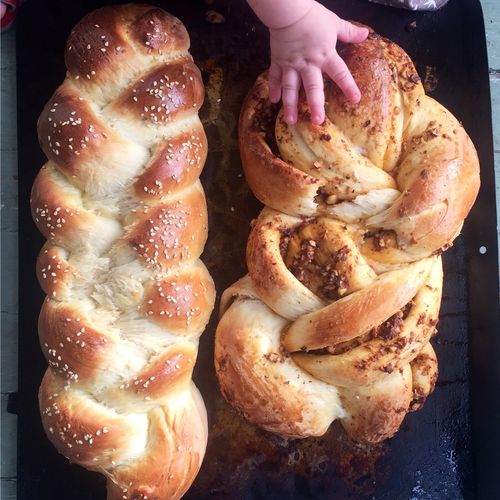 2) Pretzelize it. After Rachael fills and braids the challah, she makes it into a pretzel by dipping it into a lye solution (why, naturally!). Molly Yeh has experimented with the pretzel-challah hybrid, too. 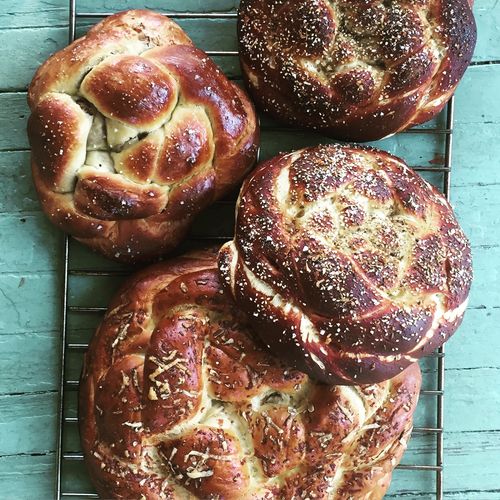 Rachael Strecher over 5 years ago
34
We take our #challah pretty seriously. We like to use Deb Perleman's fig, sea salt and olive oil method of rolling the filling into each strand and take it in whatever direction we feel like. This time that meant another one with roasted garlic. Those two bronzed beauties are pretzeled. 😎 #roshhashanah #pretzeleverything #shanahtova
1 comments

If you're scared of using lye, we know another ingredient that can do the same trick—and it's already in your pantry!

To Supercharge the Power of Your Baking Soda, Bake It!

3) Bejewel it. And by that we mean add seeds: Press seeds into the crust before you bake it (and after you apply an egg or egg white wash). Favorites include poppy, sesame, nigella, pumpkin, sunflower, even flax! Rolled oats work, too. I would not recommend chia seeds. 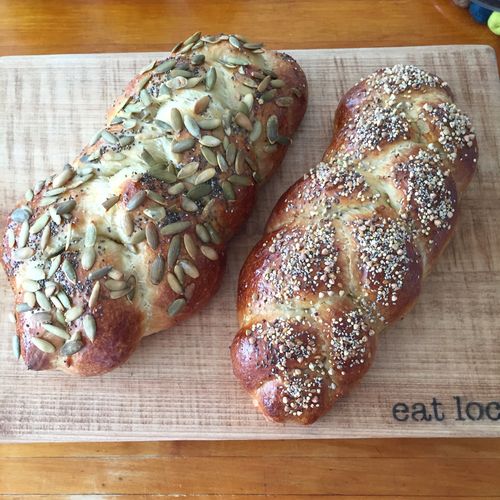 Senem Sanli over 6 years ago
4
With Pumpkin seeds and ancient seeds challah bread at a different level!!!

4) Dutch Crunch it. Always an option! Particularly great if you're looking for a challah with a "San Francisco vibe." Read more about how to give your challah a crunchy, spotty topping below.

A Crunchy Topping That Will Improve Your Next Loaf of Bread

5) Repurpose it! If you have leftover challah dough (or if you've had the foresight to double the batch), experiment! 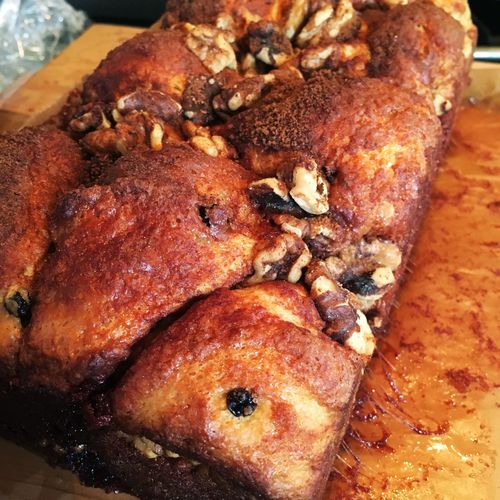 All Ingredients Equal almost 6 years ago
20
New obsession: making a simple enriched dough (like brioche or challah or pan de mie) and then after its overnight rise, rolling it into a snake then making little baby rolls. I coated the 16 rolls cinnamon sugar (after dipping the bread in water the the sugar would adhere more) and put them all to rise once more in a pan with walnuts before baking it off! A delicious cross between monkey bread and cinnamon bread. I'm looking forward to the French toast to come! 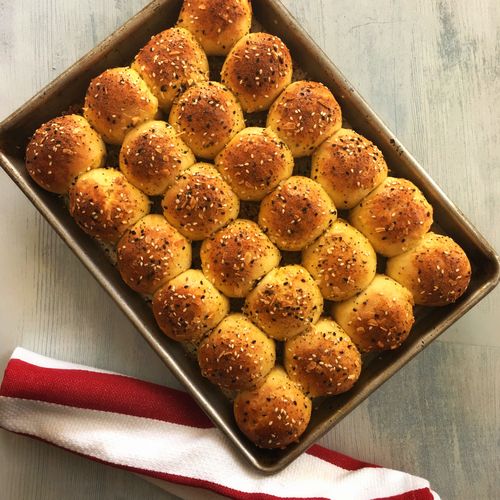 thirschfeld over 6 years ago
71
Easter Rolls. I decided to use challah dough for these rolls. Most challah recipes call for egg and oil. I use yolks only and instead of oil I add softened butter. It makes the dough more like brioche but lighter. A good size roll to me is about 1 oz. or 30g. #baking #bread #rolls #dinner #norecipe #healthy 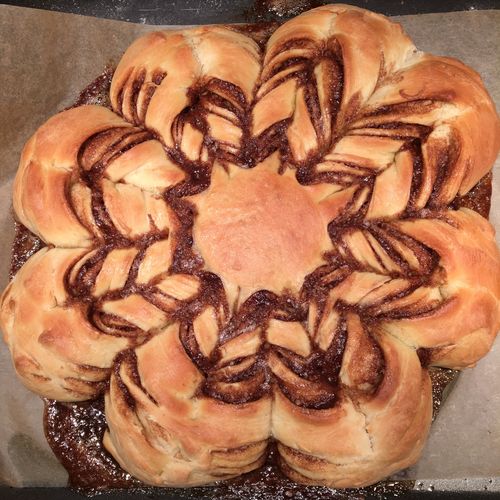 StoneRose about 6 years ago
3
Cinnamon/Nutella bread/rolls I made at Christmas. I used my standby challah recipe for the dough, and found the assembly instructions somewhere on food52. It might have been a savory recipe though.

What should you do with leftover challah the next day?

Well what kind of question is that?

This version gets a brown sugar-cinnamon crust post soaking, which makes for an even more caramelized crust: 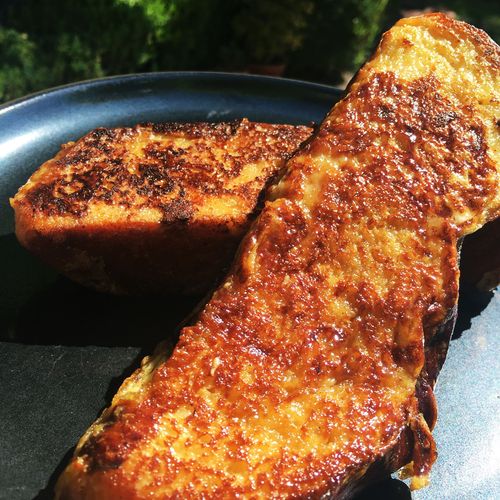 All Ingredients Equal about 6 years ago
55
Brown sugar crusted challah French toast. Thick slices of bread in a custard of vanilla bean paste, milk, cream, eggs and cinnamon. Soak for at least 10 minutes and then rub cinnamon-brown sugar mixture on the soaked bread right before cooking.

And we've got lots of other ideas, too!

How to Put Your Leftover Challah to Good Use

What's your favorite way to consume challah? That is, after you've eaten half the loaf? Tell us in the comments!

GsR October 16, 2016
Realize it's a bit late but nuts are generally not eaten on rosh hashannah. And many do not eat them until after you kippur.