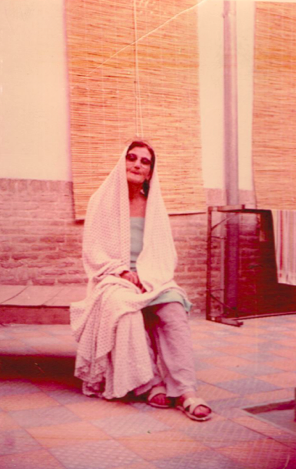 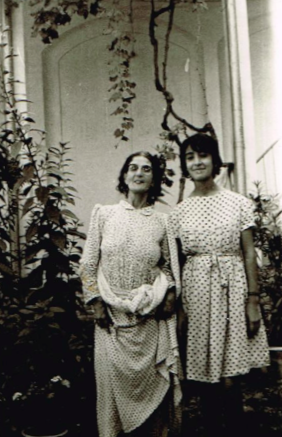 One night when I was four years old, my mother came into the room that my sister and I shared, and said, “Dad is sad tonight, because his mother died.” I hadn’t even known that she was alive. The only thing I knew about her was her name, Robabeh, which was also my older sister’s middle name, and to us it sounded like “rhubarb.” She lived very far away, in Tehran, Iran, where my dad was raised, but neither she nor my Dad’s past in that mysterious country were open subjects in our house. 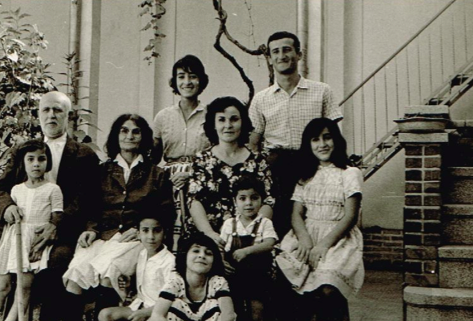 As the years passed, I would occasionally wonder about my grandmother and eventually small details came into focus. Her name was often mentioned when my mom, on my father’s prompting, would cook Persian food. My dad had taught my mom how to make his favorite dishes from Iran, and invariably, they were all my grandmother’s recipes. Robabeh was renowned for being a gifted cook, and like any good Iranian wife, she excelled at making the full spectrum of khoresh, the sumptuous Persian stews that feature the fruits, vegetables, and herbs of lush Iranian gardens. Unlike an English stew, khoresh is quite thick, like a cassoulet, and is meant to be eaten with a fork over rice – never with a spoon. 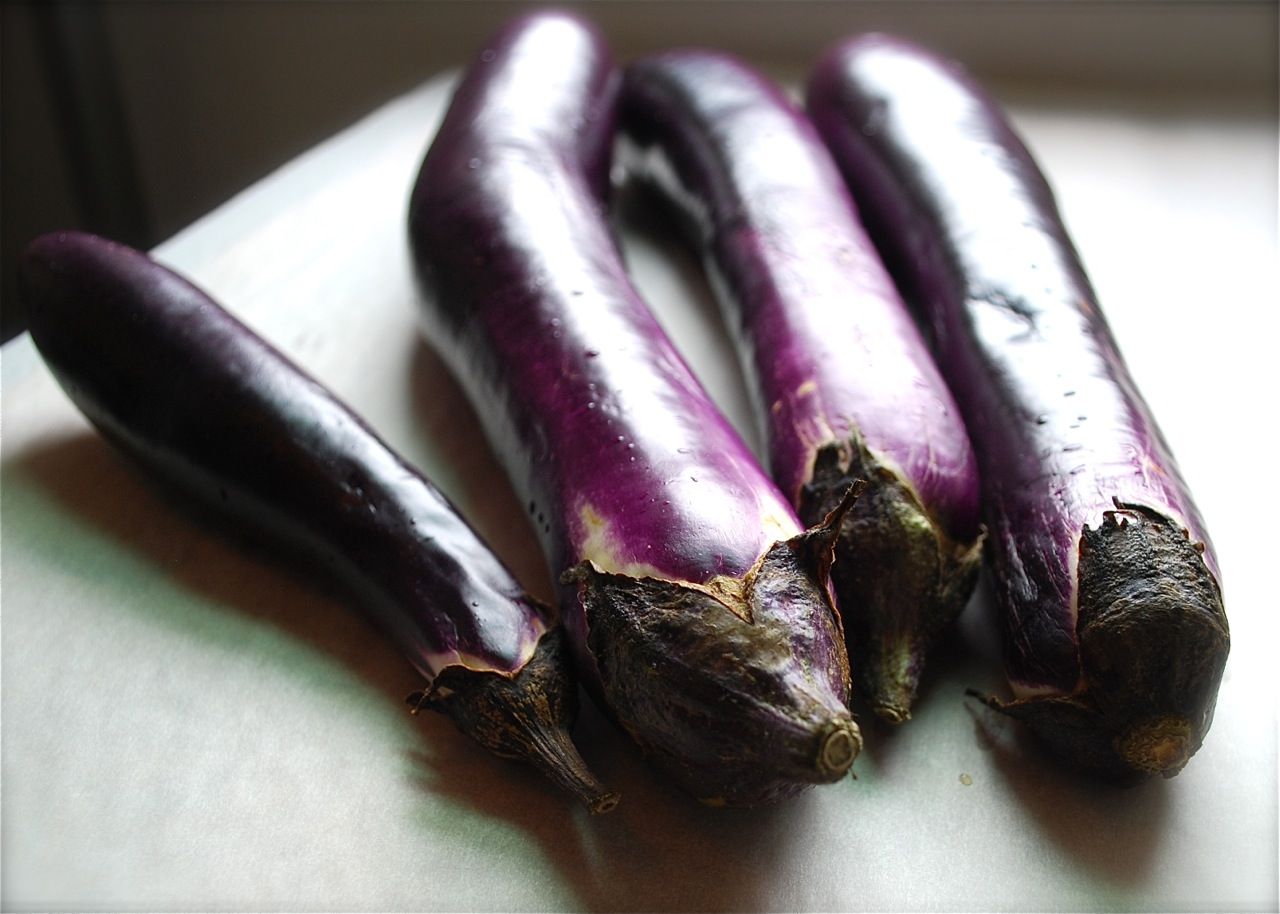 In the same way that American families enjoy pumpkin, apple, and blueberry pie year after year, Iranians have similarly been preparing pomegranate, peach, orange, herb, and okra stew (depending on the season) for many generations -- indeed, for thousands of years. 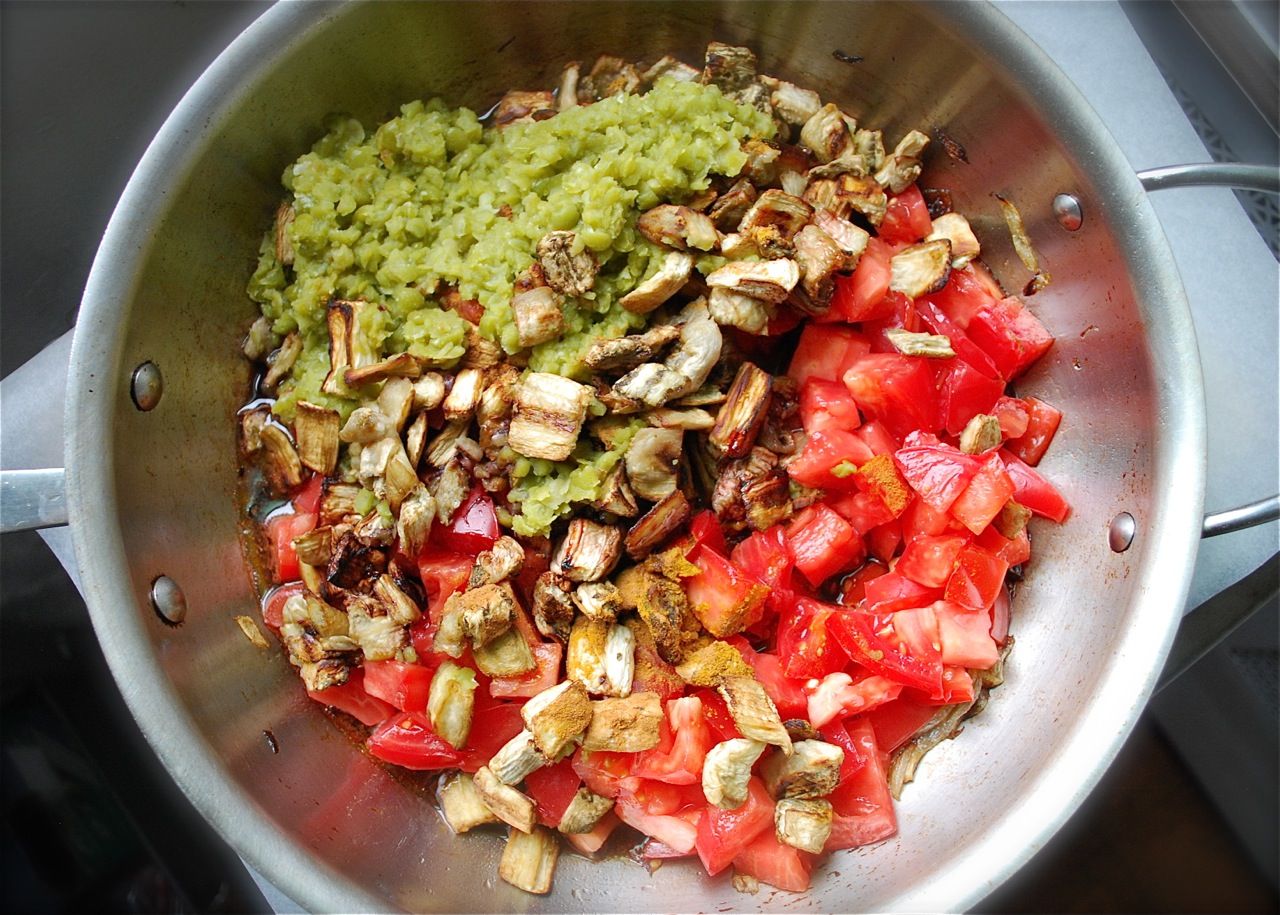 One of our family favorites during summer was khoresh-e bademjan, or eggplant stew, a thick, tangy, ruby-studded  mass of eggplant, tomatoes, onion, and turmeric. On a quiet Sunday when there was sufficient time, my mom chopped, soaked, fried and simmered away the many hours that it takes to make a traditional bademjan recipe, which typically involves frying diced eggplant, and cooking it with meat or chicken. A light layer of oil floating on top is your cue that the stew is finally done. Bademjan is surely delicious, but make no mistake: it’s hardly fat-free. In fact, when my father, a respected cardiologist, discovered that he had high blood pressure, the eggplant quickly moved out of the frying pan and into the oven, and the meat disappeared overnight. Thus was born our family’s lighter take on my grandmother’s trademark dish. 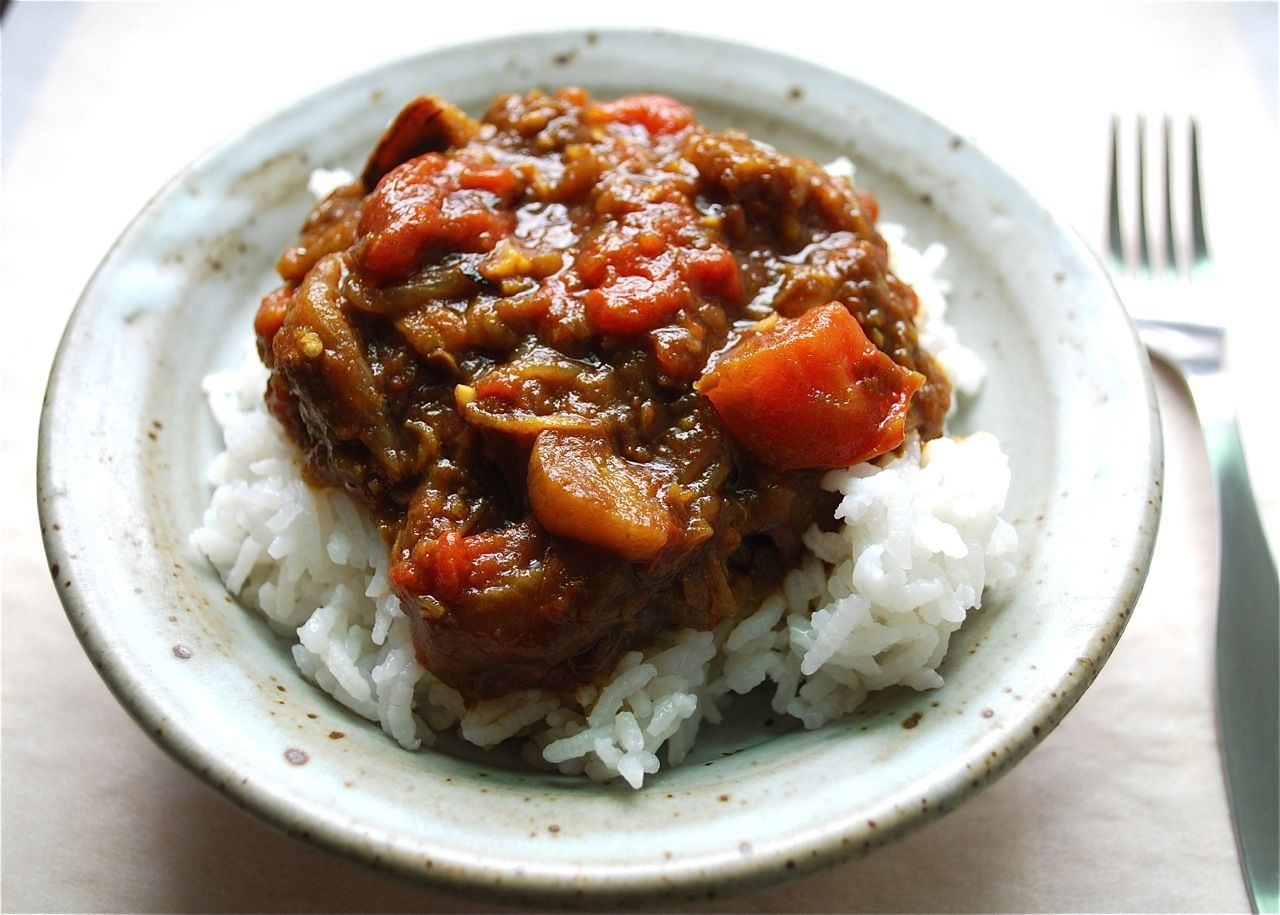 Though I would never know her during her lifetime, my grandmother’s sensibilities have been passed down to me through the recipes, like her bademjan, in which she took such pride. And evidently, she passed along her physical characteristics as well; so much so that a piece of computer photo software, into which I’ve recently scanned her images, began tagging photos of her with my name. A name, I have discovered, that has nothing to do with rhubarb. Rather, it turns out, a “robab” is an ancient Persian stringed instrument, much like a lute, a beautiful creation made of wood and string. May her melodies play on through the lovely harmony of ingredients in this 21st century bademjan.

Jeanné-Marie M. October 5, 2020
This was absolutely delightful...a wonderful, aromatic and savoury twist to serving eggplant. I used the small Indian eggplant...what a novel treat that will become a staple in our home. Thank you for sharing your recipe and the wonderful story of its family roots. It is now one of our family favourites, too.

rhubarb! R. August 26, 2014
This is such a beautifully written post, and the flavours sound gorgeous together. I'm glad that you can connect with your grandmother through her recipes.

Louisa S. March 3, 2014
I haven't actually seen pomegranate paste, but it sounds like simply a thicker version of the molasses. If it's thick (doesn't pour) start out with 1/4 cup of the paste, and add more a tablespoon at a time if you want more acid/sweetness.

AntoniaJames October 29, 2013
Just picked up a signed copy of your beautiful book, The New Persian Kitchen, at my favorite specialty store anywhere (for anything), Oaktown Spice Shop. So disappointed to have missed your event there; I live less than two miles away, but did not hear of it until after it occurred. Looking forward to cooking from the book! ;o)

Louisa S. October 29, 2013
AntoniaJames, I'm really sorry we missed each other! I am a huge fan of Oaktown Spice, you are so lucky to live near them. I hope to do another event with them some time. I'm thrilled that they're carrying virtually every spice called for in my book, including dried limes!

saatchi September 15, 2013
The pomengranate molasses in this dish adds a sour element. Persians also use dried limes or lime juice In this dish for this element. Persian food usually is very simply seasoned. Bugs me when Western chefs try to complicate it to make it exoctic.

Beth G. September 28, 2014
thank you! i have loomi but my dd finished the pomegranate molasses!

Homayoon H. September 9, 2013
I love it so much, khoresh-bademjoon is a half of my life. Thank you.

Louisa S. September 23, 2013
I love your enthusiasm, Homayoon. I know, bademjoon is a very special dish!

AntoniaJames September 3, 2013
Any traditional recipe tinkered with and improved on by a cardiologist is just fine by me. I've been buying enormous quantities of both tomatoes and eggplant at the farmers' market these past few weeks. Cannot wait to make this soon! Thank you. ;o)

Louisa S. September 23, 2013
AntoniaJames, thanks so much for your comment. I hope this recipe is a hit in your home!

harriet September 3, 2013
I've seen pomegranate molasses in middle-eastern grocery stores.
If you live in a large urban area, you should be able to find it.

chocolateandvegetables September 2, 2013
I love that this recipe gives you that feeling of connection to your grandmother. I also never knew my grandmother in person, but I have a few of her cooking things, and every time I use them I feel like she's quietly in the kitchen with me.

Louisa S. September 23, 2013
Hi chocolateandvegetables, thanks for sharing this. I'm touched to hear you've also connected with your grandmother through cooking. You describe the experience perfectly. I'm currently reading Michael Pollan's Cooked, and it's helping me to understand how deeply the act of cooking is woven into our DNA. Maybe that's why it allows us to transcend time and place.

harriet September 2, 2013
This looks like a great dish to make for a crowd; like 50-150 when the weather turn cooler.

Yossy A. September 2, 2013
What a wonderful post! I too ate khoresh-e bademjan often when I was growing up and I am excited to try this variation.