How Much Turkey Per Person?: The Thanksgiving Dilemma

It’s inevitable. Every Thanksgiving you question how you’re supposed to choose the size of your bird. Was it one pound per person? Or two? And what about the mashed potatoes? There has to be a better method than just dumping bagfuls in a pot and hoping there’s enough to go around. 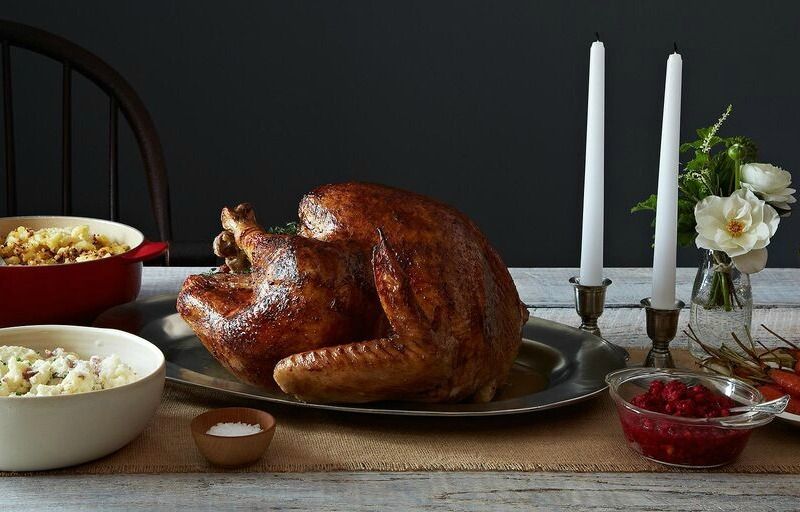 The pounds-per-person questions get asked on the Hotline every year, so it’s time to draw your line on the scale: 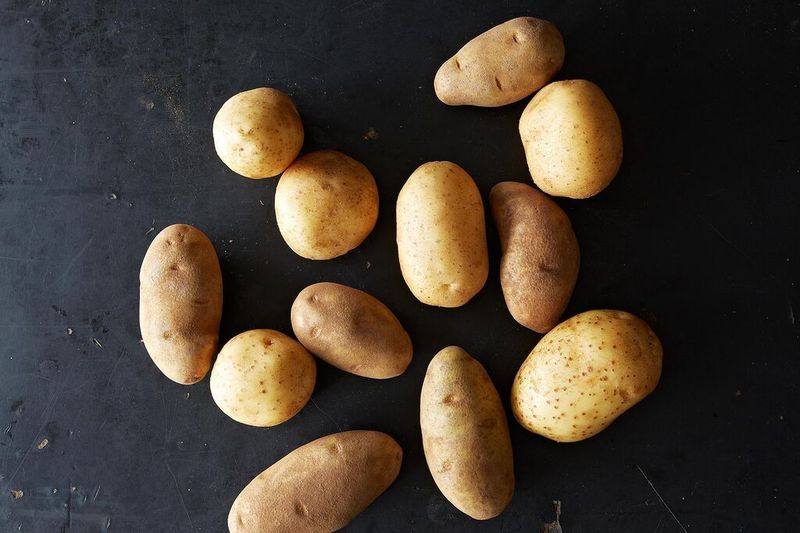 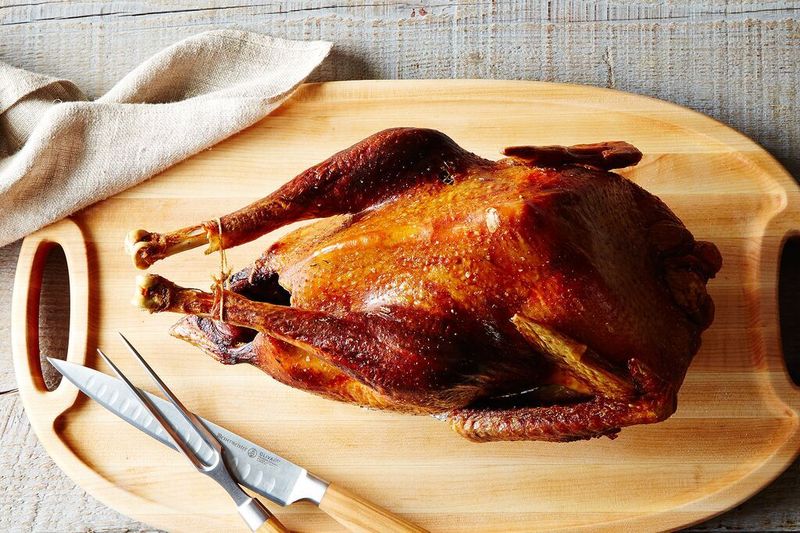 Tell us: What guidelines do you follow when deciding how much you'll need per person?

*You've earned yourself an extra slice of pie if you recognize this as an homage to Elizabeth Schneider!

Tabassum '. November 23, 2019
Since we will have 2 small roast chickens and brisket, we are making a 15lb turkey for 25 guests. Hope that’s enough!

Sandra R. November 17, 2019
We get the smallest turkey possible because there are only 4 of us, one doesn’t touch the turkey (that’s me)so there is a ridiculous amount of leftovers. Wish turkeys were smalleror my family would be satisfied with a chicken. It’s about the vegetables!

Karen A. November 14, 2019
We always have 12 or more for Thanksgiving and I usually cook one medium sized turkey and two 6 to 7 lb. bone in breasts. The whole turkey graces the table for traditional carving while the breast are sliced in the kitchen. White meat eaters always out number dark meat eaters at our house and we have plenty left for guest to take home and for ourselves.
We make 5 or six pounds of potatoes. We all love sausage stuffing and I make plenty as well as other sides. These vary from year to year depending on what guests request.
It’s a once a year meal and too much is never too much!

zoemetro U. November 17, 2019
hi karen. your turkey + breasts is a fabulous idea! we sometimes have 5 people and sometimes up to 19. for smaller groups, we do a turkey roulade with the stuffing inside. it is always a winner. my favorite part of thanksgiving is having each guest tell what they are most thankful for so far this year.

ronyvee August 14, 2019
Why so many Thanksgiving posts lately?