How to Make a Healthy Portable Breakfast

Today: A breakfast that's healthy, tasty, and portable is not out of reach. Here are your go-to breakfasts, to go. 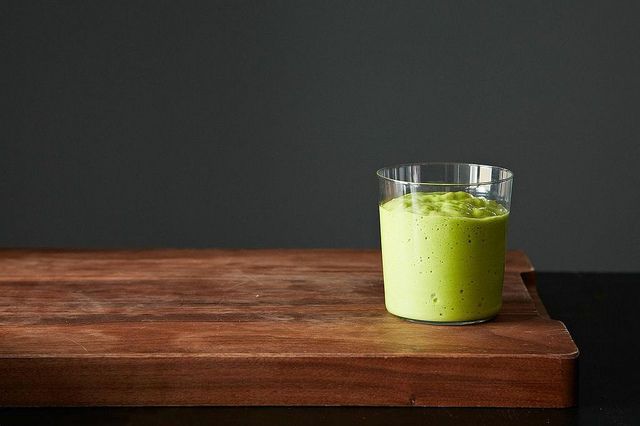 In the chaos of long commutes and waking up when it's still dark, it's all too easy to skimp on weekday breakfasts: to guzzle coffee instead, to grab a bagel or a super-sized muffin on the road, or to hold out, stomach grumbling, for a proper desk lunch. Even the most culinary among us cannot be relied upon to think up a breakfast that's equally sustaining and tasty when we're still half-asleep.

But LucyS has bigger dreams for the most important meal of the day. This week on the Hotline, she sought to expand her options for healthy to-go breakfasts ("the less prep, the better") to bring on a 2-hour train ride to work. She won't be going hungry anytime soon.

Quick Prep (or No Prep) 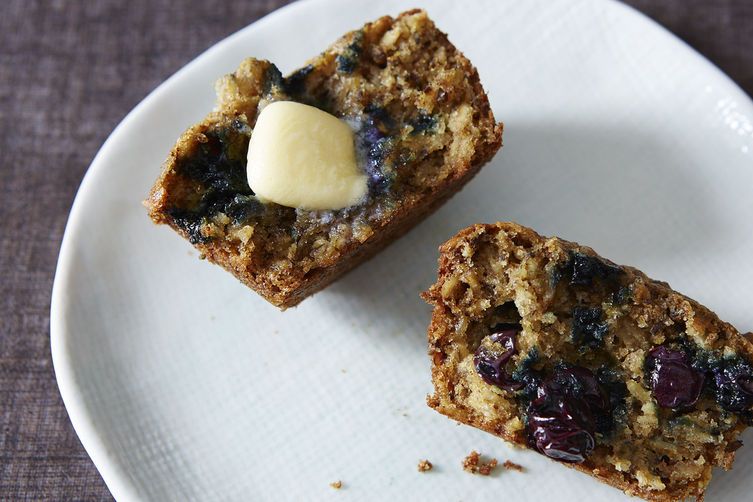 What's your standby for rushing-out-the-door weekday mornings? Tell us in the comments!

Lee A. April 5, 2016
I can't remember where I found this recipe (online somewhere), but it's super easy and will make enough oatmeal for a family of four, plus leftovers for another breakfast.
Mix 2 cups steel-cut oats, 5 c. milk (I use almond milk), 3 t. vanilla, 1/2 t. salt, 6 T maple syrup (I use half of that, especially if I add dried fruit), 1 1/2 c. chopped dates or other dried fruit (I usually use less), and 3 3/4 t. cinnamon.
Mix it all together in the rice cooker. Close the lid and set it on the white rice cycle. Check it after about 25-30 minutes, as sometimes it is done before the cycle finishes.

Carla F. April 5, 2016
My go-to breakfast is 7 grain cereal (steel cut, not rolled), cooked in the microwave. Takes 5 minutes. I start the kettle for tea, throw 1/4 cup of cereal, pinch of salt, and 3/4 cup of water (or, if I have it, I add some cream, milk, or coconut cream) in a big bowl, so it doesn't overflow in the microwave. While it's cooking, I get out the peanut butter and flax seed and lightly whip an egg white. As soon as the microwave finishes, mix in the egg white (the residual heat cooks it), add 1 TBSP PB, 1 TBSP flax, and 1 TBSP blackstrap molasses or treacle. It's like eating a warm peanut butter cookie and provides fiber, protein, and omega 3 fatty acids for my day. YUM! If I have to take it to work, I cook it 4 minutes, then add everything and throw it in a microwaveable container. At work, I add a little more water and cook it for another minute.

Lisa D. February 27, 2014
I'm kinda stuck on my hard boiled eggs for breakfast. Every now and then I remove the yolk and replace it with a spoon of avocado and sprinkle a bit of pepper on it. :)

ONaturelle January 27, 2014
My Nutribullet has been my Godsend. I wash my chosen greens (generally parsley, because it's non-goitrogenic) the night before, and pop them in the jar and put it in the fridge. On weekends, I prep avocado (mash and mix with lemon, freeze ice-cream-scoop fulls) and also other fruits (bananas, pears, et cetera) I've picked up from the reduced rack. Come morning, I just open the freezer remove my fruit of choice, combine with the greens, add hemp hearts, water and ice and whiz until smooth, pop the lid on, and I'm off. This provides me with 3 - 8 oz glasses and carries me through until lunch.

Rémy R. January 27, 2014
Wow! Taking smoothies to another level. I'd never heard of a NutriBullet but now I'm intrigued. Thanks for the idea!

ONaturelle January 27, 2014
I've just been trying to get more raw foods into my diet Remy; trust me, I've had some true misses flavour wise, but some real winners ;-). I'm uncertain where you are located, but, in my town, I can purchase 600 gram bags of frozen berries, on sale, for $2.99 CAD. I try to incorporate at least four servings of fruits/veggies in my Nutriblasts; greens are exceedingly important. I had thought of purchasing a juicer, but then you lose all the incredibly important fiber. I also add a nub of ginger, half a stick of cinnamon, turmeric, et cetera for their incredible inflammation properties. There's no recipe, it's just you trying to be the best you, for you! Good luck!

henandchicks January 26, 2014
Burritos made and frozen, to be thawed the night before and reheated in the a.m. are standard in our house- both for convenience and for the opportunity to use up some item that we have lots of (over enthusiastic sweet potato preparation= sweet potato burrito). I will usually prepare extra beans, cheese, etc, on taco night and scramble a few eggs to make a half dozen burritos during the meal clean-up- its pretty effortless.

Pegeen January 25, 2014
A helpful article to staying on the "right" food track in the New Year. Thanks!