Today: We're talking about perfect tomatoes, underappreciated fruit, and how to make the most out of your next trip to the farmers market with Gabrielle Langholtz, editor of Edible Manhattan and Edible Brooklyn and author of The New Greenmarket Cookbook. 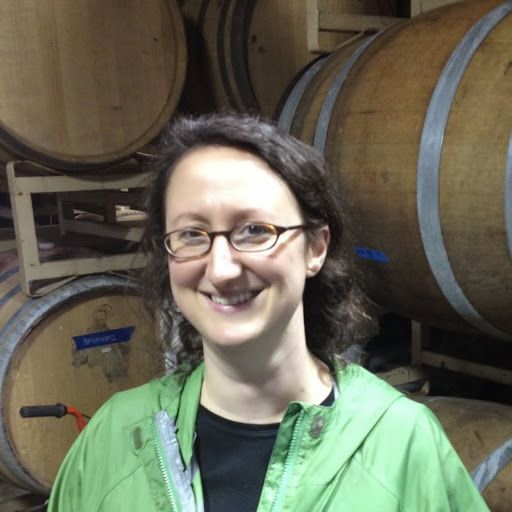 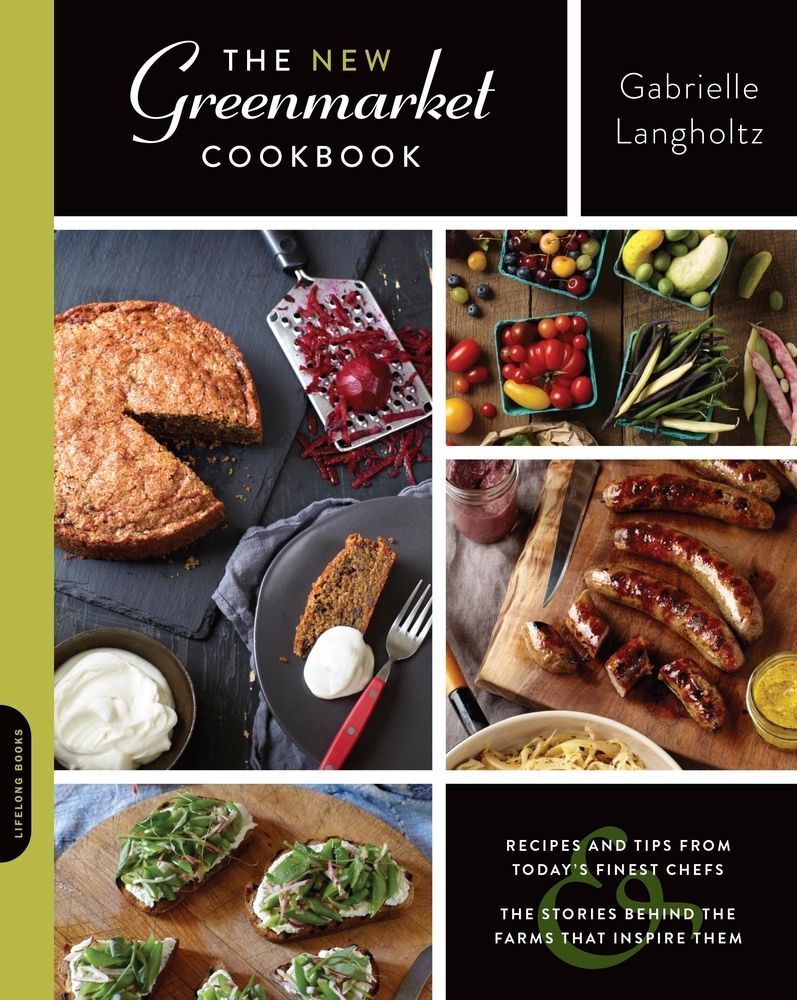 We've come quite a long way since July 1976, when the first-ever New York City greenmarket was inundated with shoppers so starved for locally grown produce that they came to fisticuffs over ears of corn. As Dick Hodgson, one of the market's first farmers, explains in the book: "There were just masses of faces. They went after the corn so fast I just dumped it on the ground. The people fell on it, stripped it, threw the husks around. They were fighting, grabbing, snatching at anything they could get their hands on...It was as if there was a famine going on."

Though there's more to go around these days -- over 70 markets operate throughout the five bouroughs -- that feisty love of New York-grown products is still alive and well. Along with being a lovely way to spend a Saturday (or any day), the greenmarkets also supply some of the city's best chefs with jolts of inspiration and the freshest ingredients.

Gabrielle Langholtz, editor of Edible Manhattan and Edible Brooklyn, has boldly ventured into their kitchens for her latest endeavor, The New Greenmarket Cookbook. It features recipes from some of the markets' most loyal chefs, from Marlow and Sons' Kenneth Wiss to Michael Pollan to Martha Stewart. We caught up with her to talk poblano peppers, ewe bites, and the best way to get the most out of your next greenmarket visit.

What do you think makes the experience of going to the greenmarket so special? How does market influence your own approach to cooking?
It’s true, people shop at the farmers markets for many different reasons. Some are motivated by ecology, politics, or animal welfare; some by value, flavor, or health. Some for those tomatoes that, with just a little olive oil and salt, send the eater into ecstasy. 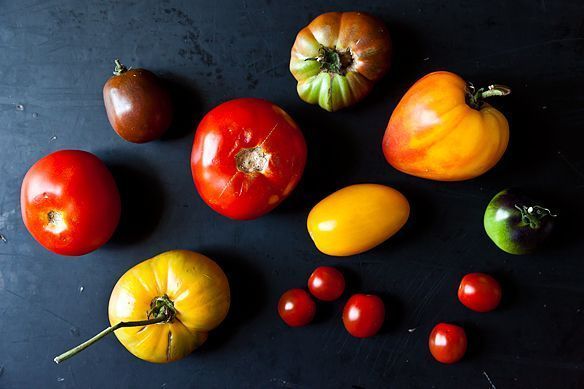 I’m also drawn by something more abstract: that it just feels right to buy food from the person who grew it, that the market is a place where we engage with our community, that there’s something reassuring about traceability, something deeply meaningful about eating this way, and that participating in a human-scale food system adds richness to life.

More: You can bring Greenmarket inspiration to any meal, even the ever-basic pasta and butter.

Believe me, I feel naked without my iPhone. But the twenty-first century is also pretty weird, and farmers markets instantly, viscerally reconnect us to the natural world, to soil, weather, the tilting planet and one another. I think the post-modern appetite for such things is pretty primal. As Danny Meyer once said, “without the Greenmarket, I would leave New York in a New York minute.” Amen!

My life changed forever in 1998 when I moved to Park Slope and discovered I was two blocks from the Grand Army Plaza Greenmarket. Back then, I was disgusted with what little I knew about industrial food production, but didn’t really know what to do about it. Soon I was spending every Saturday at the market and my vacations on farms. I’ve now tapped sugar maples, foraged knotweed, gotten in the way of swarming bees, been bitten by a ewe, and have my own livestock husband. I wouldn’t be caught dead buying supermarket tomatoes in January. 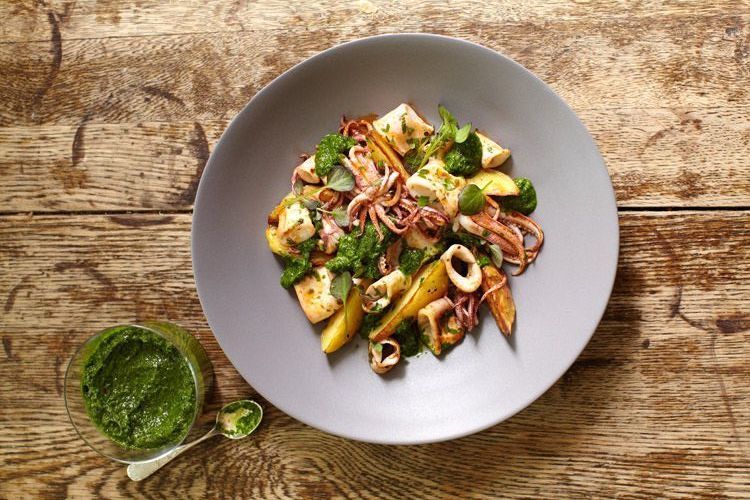 This cookbook features so many of New York's biggest chefs. What was it like working with them on this project?
If you draw a diagram of the best chefs in the city and the chefs who most love small farmers, there’s almost a complete overlap between the two. So for the book, I was fortunate to have the enthusiastic participation of heroes like Dan Barber, Dan Kluger, Mike Anthony, April Bloomfield, Mario Batali, Daniel Humm, Anita Lo, David Waltuck, Eric Ripert, and scores more. Of course, these top toques often command kitchens with staff aplenty, so it was my job to guide them away from complicated recipes to the kinds of simple-but-killer dishes that mere mortals like me can make at home on a weeknight. The book is a collection of recipes that are easy to make but pack crazy-fresh flavors, like Le Bernardin’s amazingly simple bay scallops with ginger and lime or Tetulia’s citrusy, manchego-showered summer squash salad, which I could eat until I die. 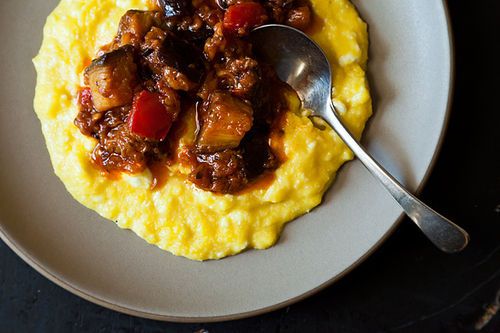 What are some of your favorite ways to use seasonal produce?
I love super-simple preparations that really let the ingredients shine through. I once heard that someone told Alice Waters that what she does is more shopping than cooking, and that she immediately replied “Exactly!” I’m definitely not one for elaborate seven-step dishes drizzled with a reduction of whatever. Instead I find the very best in-season ingredients and let them shine. That’s why the book includes super fresh recipes like Amanda’s Brown Butter Tomatoes, Franny’s fresh pole bean salad, Joan Gussow’s uber-refreshing beet-carrot slaw, and Jean George’s roasted mushrooms with poached eggs.

I also love master recipes that can be a canvas for whatever’s best as the seasons change, and the book contains plenty of those. My favorites: Louisa Shafia’s goat-cheese cheesecake, Pichet Ong’s yogurt panna cotta, Martha Stewart’s pavlova, and Mark Bittman’s upside-down cake. All of these can be made year-round and crowned with whatever fruit is amazing, from fresh currants to those tiny-but-mighty strawberries that are showing up at markets and on menus right now. 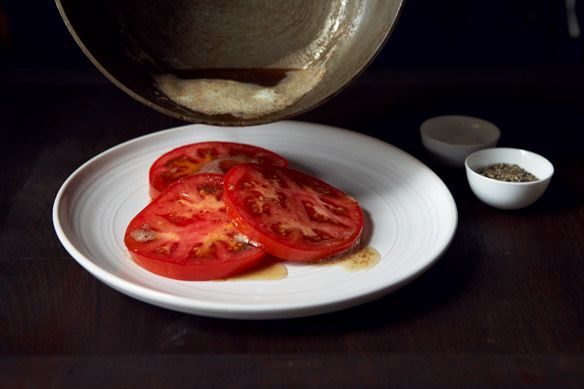 Do you have suggestions for people looking to get out of their shopping and cooking ruts?
Don’t make a shopping list! Okay, maybe you can write down that you need eggs or onions. But otherwise, just show up and see what inspires you. Maybe you’ll be wowed by 8-ball zucchini, or an irresistibly fragrant bunch of anise hyssop or those flat Romano beans that sometimes taste as sweet as peaches. Maybe the fishmongers have just landed some spectacular striped bass -- if you’ve already made up your mind to buy lamb chops, you might miss it! Or if you show up in search of blueberries, you might miss out on some crazy good plums or gooseberries that the fruit farm is only offering for a week or two.

More: Did you get a little too excited about the chard? Radishes? Garlic scapes? We've got you covered.

In other words, try to think like the chefs who show up at the market, buy what inspires them, and only afterwards write the menu. Ask the farmers what’s amazing right now. Don’t be afraid to talk to strangers -- that’s the way to learn how they cook that alien-looking squash. And I swear by a few reference books, sorted by produce type, like Vegetables Every Day by Jack Bishop and Chez Panisse Vegetables by Alice Waters. I promise if you buy what speaks to you, you’ll figure out how to eat it all once you get home.

What are some fruits and vegetables (or parts of them) that get overlooked at the greenmarket that shouldn't?
It’s funny, people rightly go gaga for things like peaches, tomatoes, and corn, but all of my very favorite ingredients are things I had never cooked until I got to know them at the Greenmarket: Squid. Purslane. Cranberry beans. Goat meat. Kohlrabi. Chameh melon. Poblano peppers. Duck eggs. Rutabaga. Escarole. Garlic scapes. Most of these are a poor fit for industrial production and long-distance transport, so you seldom see them in supermarkets. But if you only buy what you know, you're missing out on some extraordinary taste experiences. (Did I mention the poblano peppers?) 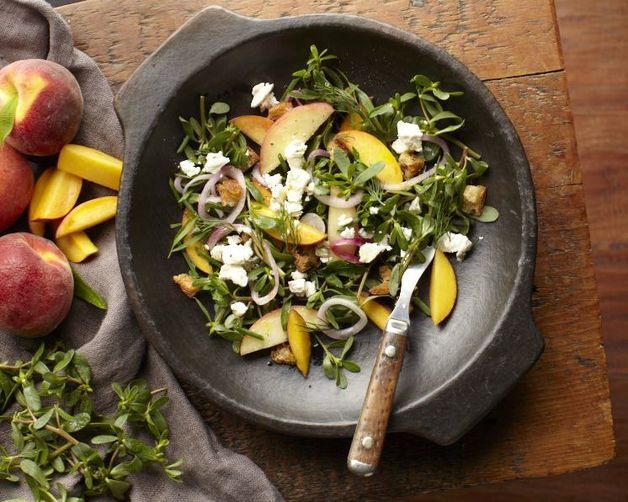 Also, it’s ironic, but when you buy less popular foods, you're encouraging farmers to grow them. Although we are used to thinking about extinction as something that happens to overharvested wild foods, it just as surely happens to domesticated species that fall out of favor. By paying a farmer to grow that delicious old variety of lettuce or squash, you're helping ensure it will be around for generations to come.

And please, people -– don’t fear grapes with seeds! They’re coming to market any second now and they typically have so much more flavor than the seedless varieties.

What are your favorite things to pick up at the market? We want to hear all about them in the comments.