The Next Generation of Mother Sauces

Meet "the children of the mother sauces," then learn some news ways to incorporate them into your culinary repertoire. 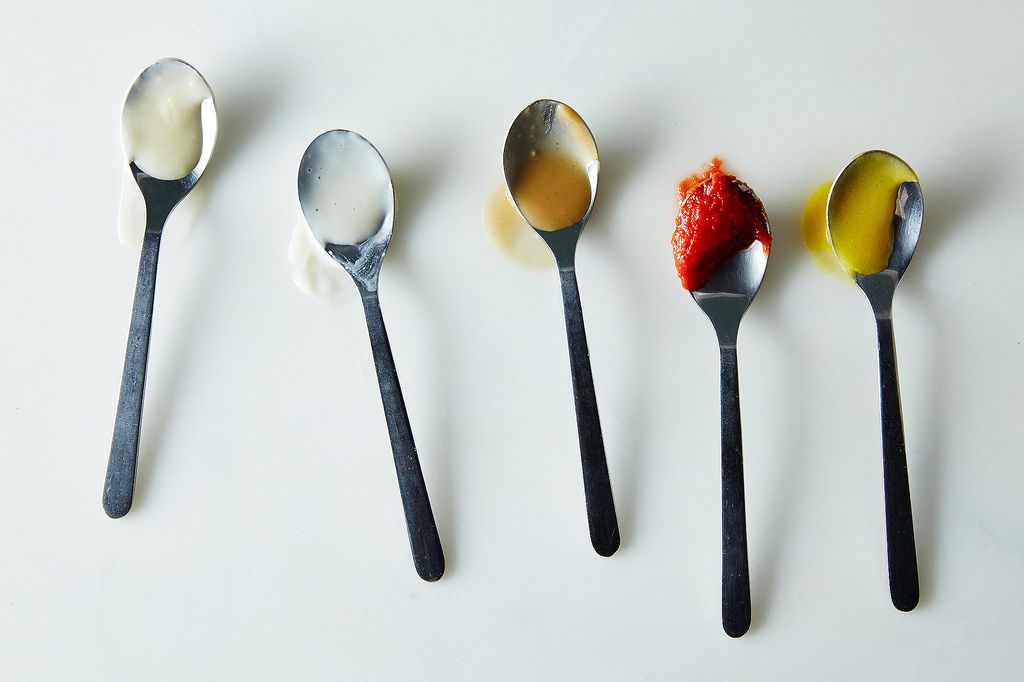 If you consider yourself a food nerd, a kitchen obsessive, or a culinary expert, you should know your mother sauces. Even if you don’t fancy yourself a great cook, you still should know your mother sauces. They are the building blocks upon which classical cooking is based, the foundation of traditional gastronomy. But how often do you find yourself saying “I’ll just whip up a nice Velouté sauce” on a Tuesday night? (If your answer is “often,” please teach me how to be like you.)

Inspired by a user’s comment on social media that suggested ketchup could be considered one of the mother sauces, we dug further into the mother sauce issue to find other sauces that are related to these culinary superstars, but are more pervasive in our modern kitchen. We dubbed them the “children sauces.”

We don’t call them children because they are necessarily made of similar ingredients to the mother sauces, or even because they're made of multiple ingredients. Some are just one ingredient, and that's okay: According to the Food Lover's Companion, "In the most basic terms, a sauce is a flavored liquid designed to accompany food in order to enhance or bring out its flavor." These kids may not be included in the classical French canon, but they’re so common, versatile, and useful these days that they deserve a category all their own. They deserve to be named and respected. They deserve to have an article written about them.

Here are five sauces that you should use more of in your kitchen, and how to do it: 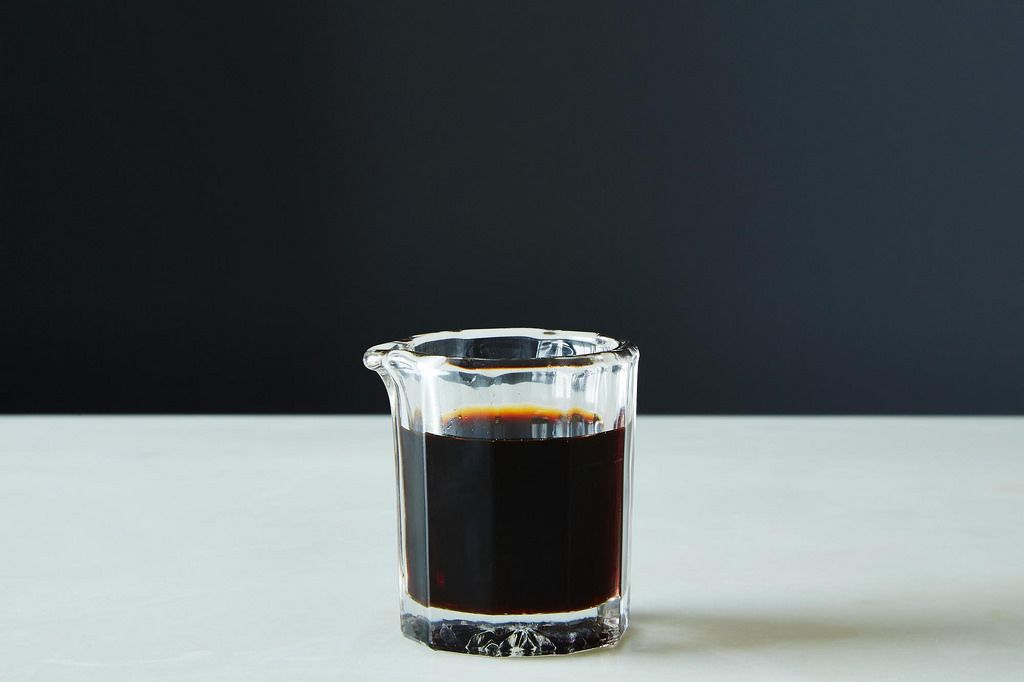 Made from fermented soybeans, this condiment is over 2,500 years old. And there's a reason it's been around so long. Thanks to its salty, addictive flavor, we use it to add an umami undertone to many a dish.

More: There are many types of soy sauce, so read our comprehensive guide before hitting up your grocery store.

It's a building block for teriyaki sauce, peanut sauce, and many a marinade. It's the star of your stir-fry. However, soy sauce is so versatile, consider expanding your repertoire. Combine equal parts soy sauce and honey to make a sticky glaze for fish or chicken wings, or mix some with butter use it to baste summer corn. The culinary geniuses over at Serious Eats have some truly innovative suggestions for how to use this salty sauce, on everything from roasted nuts to scrambled eggs. 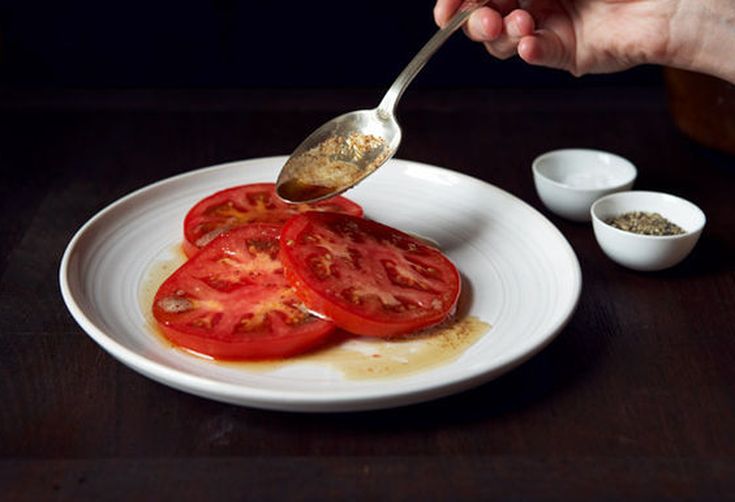 If you haven't yet browned butter, you haven't lived. It couldn't be simpler to make: heat butter over low heat until the milk solids toast and become brown, resulting in a nutty, complex liquid of gods. While brown butter certainly lends itself to baked goods, it adds a lovely je ne sais quoi to plenty of savory dishes as well.

Add a spoonful to vegetable-packed pasta or puréed soup, or use it to toast croutons. Crisp up sage leaves in brown butter for a quick, simple sauce to pour over gnocchi or ravioli. Dribble some over fresh produce (like raspberries or tomatoes) to take them from good to transcendent. You can even use it in cocktails and finally fulfill that lifetime dream of drinking butter. 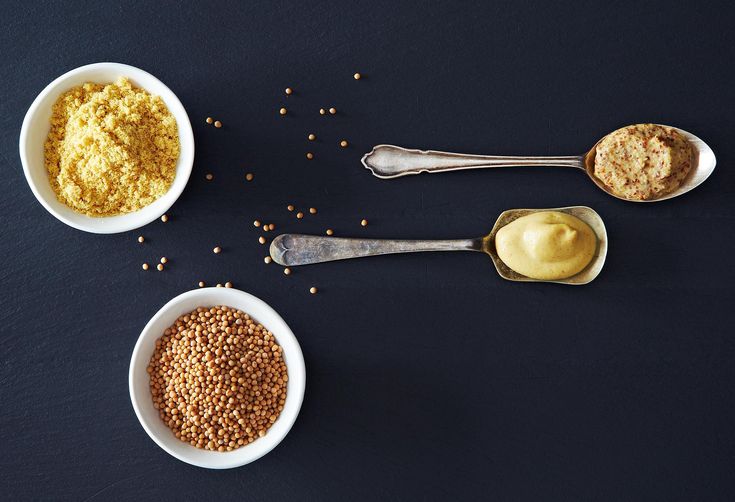 A paste made from ground mustard seeds mixed with flavorings like salt, vinegar, and sugar, mustard is a pantry staple for most cooks. You probably reach for it most when preparing to dress a salad: whether you're freehanding a vinaigrette, mixing up this genius version with red wine, or whipping together an anchovy-heavy Caesar dressing. Mustard not only adds a pleasant punch to everything from sauce gribiche to mayonnaise, it's also an emulsifier, which means it helps bind oil and non-fat-loving liquids—like lemon juice or vinegar—into a creamy, luxurious sauce.

More: If you want a gold star in the kitchen, make your own mustard from scratch.

Don't be afraid to use your jar of Dijon for more than just vinaigrettes and mayonnaise. Try combining mustard with butter for a zippy steak topping, or stirring it into a lowcountry barbecue sauce. You can use it as a rub for fish or meat, toss it with vegetables before roasting, or stir a spoonful into mashed potatoes. Or throw caution to the wind and just make cheesey toast. 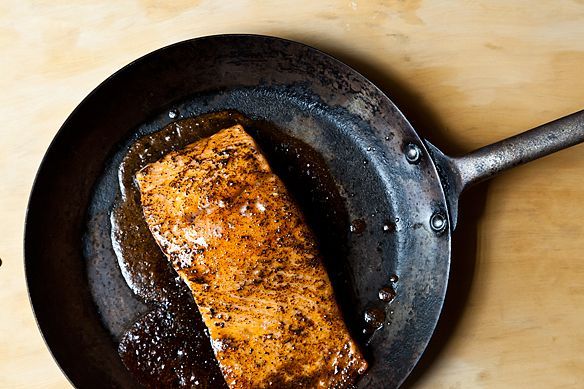 Making maple syrup is truly a labor of love, because you would be crazy to spend that much time and effort making something that didn't taste unique and fabulous. First you tap the maple trees, which can only be done at certain times of year when the temperature is freezing at night and rises above freezing during the day. Then you boil down the sap until the sugar is concentrated and the finished product is filtered, bottled, and shipped off.

More: When cooked even more, maple syrup will turn into maple cream (here's how to make it at home).

When you have a natural substance so close to perfection, it can be difficult to think of ways to use it besides just pouring it over pancakes. But maple syrup is a versatile sauce and can be used to add an interesting sweetness to many dishes. It works perfectly in cakes, scones, cookies, and any other sweet desserts. Use it as a substitute for simple syrup in cocktails, or whip it into a fruity butter for a twist on the classic flapjack topping. Try pouring some maple syrup into baked beans, adding it to vinaigrettes, or using it to glaze meat and fish. Maple also plays surprisingly well with curry and miso. 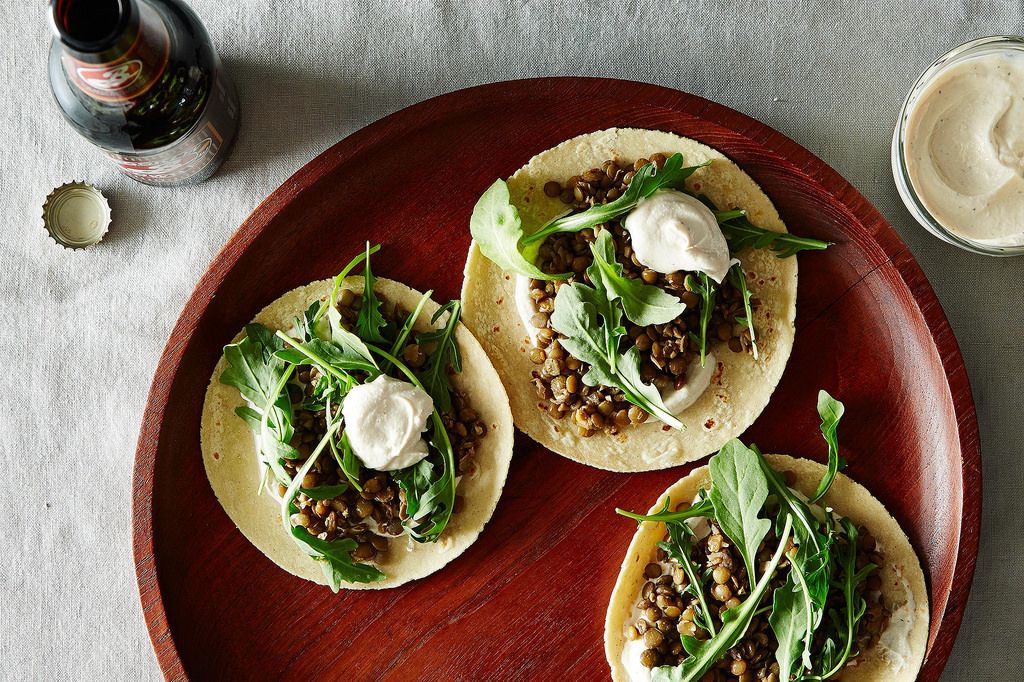 Yogurt is made by fermenting milk with live cultures, which then separates into two distinct parts: the curds (the more solid part of yogurt) and the whey (the cloudy liquid). The fermentation process creates lactic acid, which gives yogurt that customary tang. Greek yogurt is just regular yogurt that's been strained, removing most of the whey. Therefore, it's thicker than regular yogurt, and also has a higher concentration of protein and lactic acid.

More: If you want to dive further into the fascinating world of yogurt, check out our primer.

In layman's terms, that means that Greek yogurt is the bee's knees—as you probably already knew, since this dairy darling is taking over grocery aisles by storm. It's the secret ingredient that will make your cocktails creamy. It even makes whipped cream better, a feat we had previously thought impossible.

Mix Greek yogurt with olive oil, salt, citrus juice, and chopped herbs to make a fresh dip for french fries, meatballs, or toasted pita wedges. Enlist it as a tangy substitute for mayonnaise, as in lentil or chicken salad, or use it to top tacos in lieu of sour cream. Swirl a dollop of Greek yogurt into soups, or use it in a marinade for incredibly tender meat. Any time you want tang and creaminess, Greek yogurt is a likely candidate.

What do you think should be candidates for "the children of mother sauces"? Tell us in the comments!

Nance October 18, 2015
If you're going to use maple syrup, choose Grade B if you can find it. Much more flavor and aroma than Grade A.

Hannah October 9, 2015
Not a sauce in the traditional sense, but in line with the "sauces" here: tehina.

Brett S. September 20, 2015
None of these are real sauces in the traditional sense. Condiments and liquids - flavorful though they may be - aren't sauces.

zaqary September 19, 2015
I would argue against most of these because they are too difficult to replicate in most all kitchens. While I like the idea of this article, the sauces aren't all foundational.

I would argue that mayo, vinaigrette, green sauce, coulis and creme anglaise should make the cut