Many of us look forward to stuffing every Thanksgiving as eagerly as the bird. After all, it's not like we have the opportunity to eat stuffing sandwiches for lunch on a daily basis (although, there's an idea). It's understandable that you want that once-a-year stuffing to garner some serious attention, for the right reasons—not because it's too dry or overly mushy. 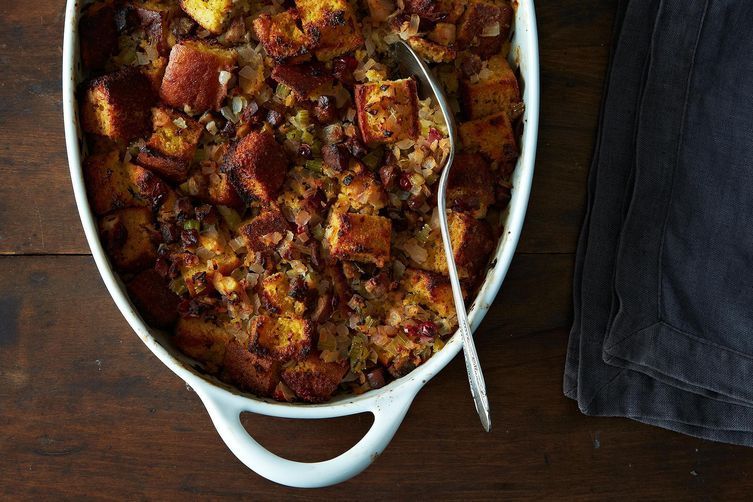 We've seen a pattern over the years on the Hotline: In the throes of Thanksgiving prep, last-minute stuffing issues pop up. Thankfully, with each stuffing emergency, a Food52er has come to the rescue. 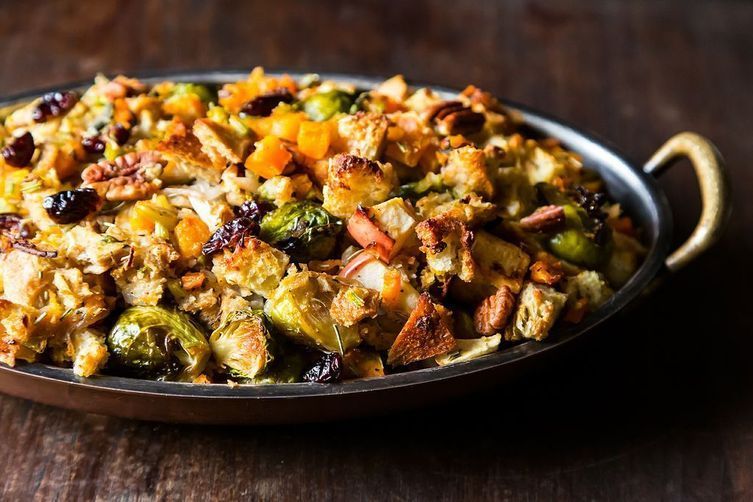 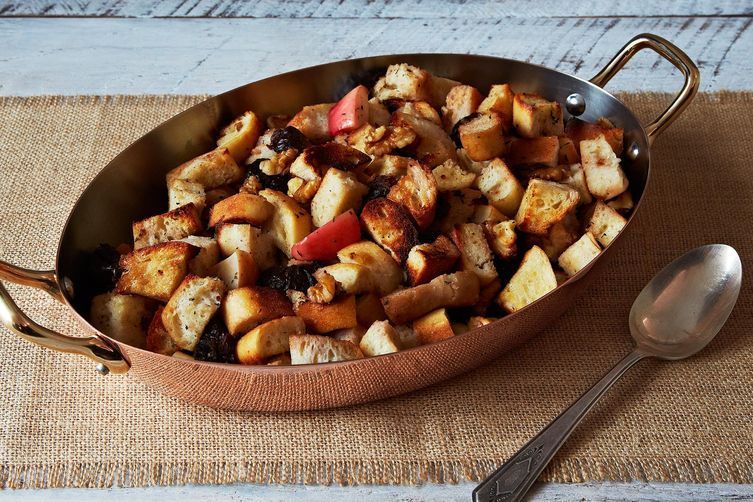 Tell us: How do you get the perfect stuffing?

Have you missed any of our Thanksgiving roundup of Burning Questions? Catch up now:

Vicki November 24, 2015
Here is how i do my stuffing. Tear up bread the day before. Put in the top of the turkey pan. Day of the big feast - Chop and cook onion and celery along with spices (I use savoury, sage, thyme, rosemary, poultry seasoning, salt & pepper). When veggies and spices have been cooked (translucent), then pour over the dried torn bread. Cook turkey. When turkey comes out of the oven, put in the roasting pan of stuffing. Cook between 30-45 mins at 325. Yum. You can adjust seasonings to taste. Very very easy. (I usually use 2 loaves of bread, 5-7 onions and 4-5 stalks of celery).

AntoniaJames November 23, 2014
Incidentally, it's worth mentioning at some point that the quality of the stock makes or breaks the stuffing. I have been putting handfuls of herbs -- fresh sage, rosemary and thyme, as well as parsley stems -- in my make-ahead stock, to make it more stuffing-worthy. Also, it goes without saying that a rich stock (one made with a piece of salty pork charcuterie of some kind) will measurably improve your stuffing. For more information on the latter, please see the stock recipe within this one (which I'll probably post separately, because it's so good for purposes other than just gravy, of course): https://food52.com/recipes/7530-make-ahead-turkey-gravy ;o)

cddaniel November 26, 2013
Can you make stuffing a day in advance and then reheat before serving?
Author Comment

Elana C. November 26, 2013
Yes! You may need to add additional broth if the stuffing happened to dry out overnight.

AntoniaJames November 25, 2013
Best stuffing tip ever, courtesy of melissav in her ciabatta, sweet potato, chorizo and mushroom stuffing recipe, is to make herbed croutons in the oven to use a base for your stuffing. Absolutely wonderful. Another suggestion -- gleaned in the course of a recent Hotline suggestion -- is boulangere's recommendation to use the Peter Reinhart Wild Rice and Onion bread for making stuffing. I'm making the roasted apple, butternut squash and Brussels sprouts stuffing posted by Gena Hamshaw last year, for which I've made the Reinhart bread. It's extraordinary. I'm going to use it to make croutons, as melissav suggests, which will then soak in the stock with the aromatics for a while before baking. It's going to be good. Really good. ;o)
Author Comment