Today: 4 reasons you (and your children) should be making your own fermented green beans. 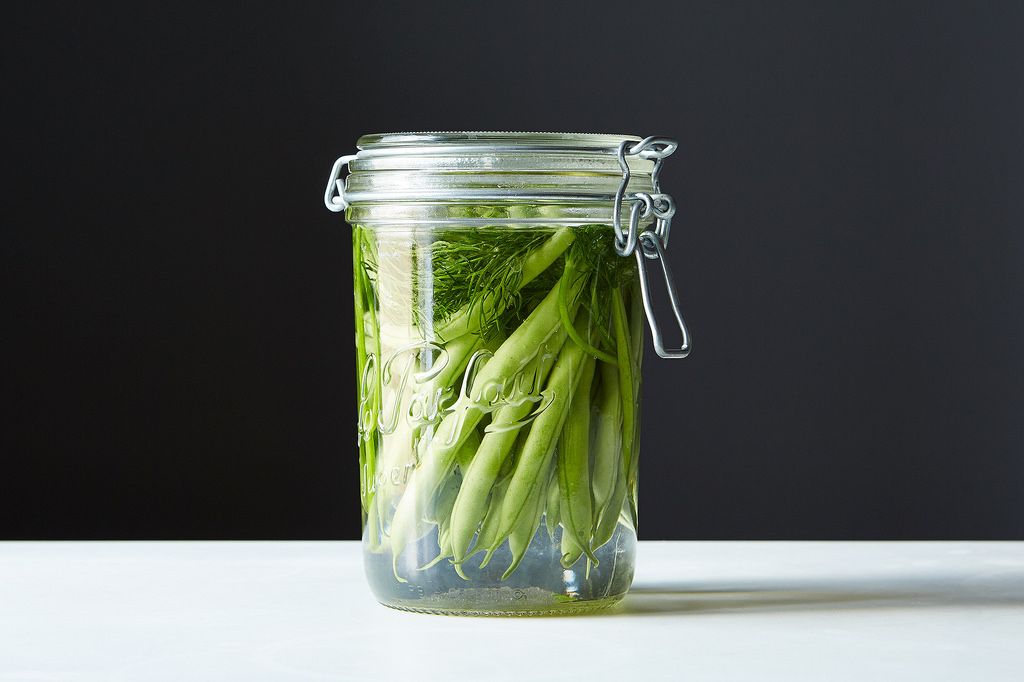 This column has tried to make the point that kids often eat things we don’t think kids eat. It has made this point with the subtlety of a cleaver. Anchovies, for example. Also, sometimes: liver.

We tend to think of children as shy eaters. But a lot of the time children like things with an extravagance of taste. (Not all children, and not all children all the time, including mine, who may or may not be currently eating sticks of butter for snack.) To the list above -- anchovies and liver, not to mention sardines and miso -- we should add: Things That Are Pickled.

More: Read up on how to pickle everything from beans to beets. 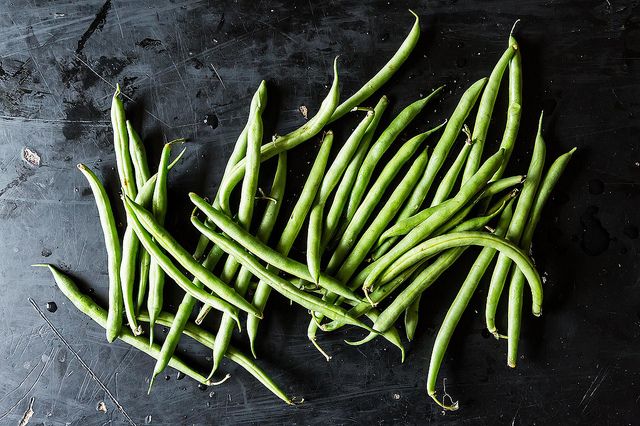 You can buy pickles, obviously. But I am here to encourage you to make them yourself, and not with vinegar: to make lacto-fermented green beans, with nothing but salt and time and some friendly microscopic volunteers.

If this sounds like the sort of thing that only people who forage in their alley make, let’s go through the reasons why this makes sense for non-alley-foraging folk:

Reason #1: Fermented green beans are delicious -- crisp, sharp, addictive -- and dead simple. They’re among the easiest fermented foods you can make, which makes them extremely easy, because even the hardest fermented foods aren’t hard.

More: Extend your beans' shelf life by storing them right. 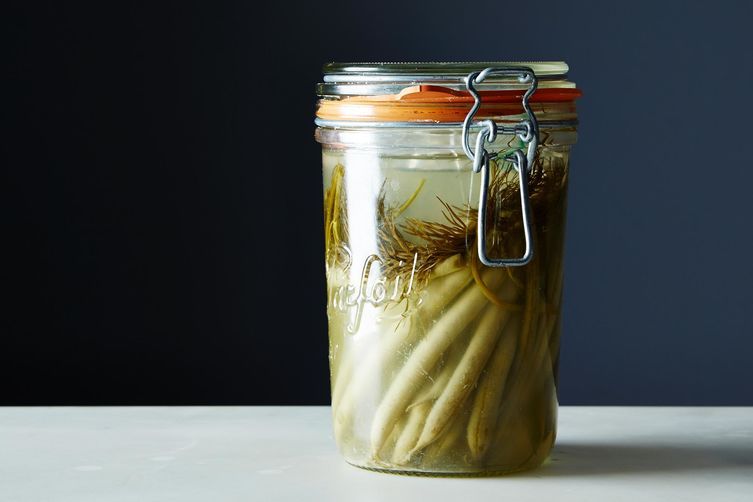 Reason #3: It’s a wonderful parent-child activity. I’ve written about cooking with children, and I think there’s a lot to be said for it. But I also think there’s a lot to be said against it. In short, you have to pick your moments, and this is a moment. Why? Because it involves the absolute minimum amount of actual cooking. It’s mostly science experiment. It’s also an early lesson in responsibility. Think of it as babysitting, for children too young to babysit anything but bacteria. It’s like a Chia Pet, except at the end you get to eat it.

More: Food experiments aren't just for kids -- adults can play along, too.

Reason #4: Because the current consensus is that fermented foods are the magical elixir of life. Well, maybe not the magical elixir. Maybe just a magical elixir. But the new science, possibly funded by the bacteria themselves, is wildly pro-microbe. It isn’t just that you should be eating more fermented foods. As far as I can tell, if your kid isn’t licking the sidewalk, you’re failing as a parent. If you haven’t adjusted to this new sidewalk-licking paradigm, fermented green beans seems like a good compromise.

Alex T. June 28, 2015
I do ferment all kind of vegetables including : turnip, eggplant, beets and cucumber, but never picked or eaten fermented green beans, but is worth trying tho.

IlovePhilly July 19, 2014
I love that you're including ferments! Thank you! I agree vegetable fermentation is a wonderful thing to do with kids! One thing: you really don't need bottled water. I use good old tap water and it works just fine! If it happens to smell like a hotel swimming pool is coming out of your tap on a given day, best to use a filter or hold off on fermenting until the chlorine doesn't burn your nose. Even then, though, it's probably still going to work just fine!
Author Comment

Fairmount_market July 18, 2014
As a microbiologist, I'm all for teaching kids about fermentation (bread and creme fraiche are also fun projects). I even found that a gut microbial ecology argument worked well for encouraging my five year old to eat his green leafy vegetables: he wouldn't do so for his own health, but when I explained that some of his gut bacteria would go extinct without complex plant material, he was motivated to feed them. A fun microbiology book for kids is "Germ Stories" by the Nobel Laureate Arthur Kornberg: some clunky rhymes, but my kids love the stories and pictures.

IlovePhilly July 19, 2014
Oooh! Thanks for that recommendation! I'm a fermentation blogger and educator. I will definitely have to check out "Germ Stories" as a possibility for some of my younger students!
Author Comment

Nicholas D. July 19, 2014
How much do I love that feed-your-bacteria story? Too wonderful.