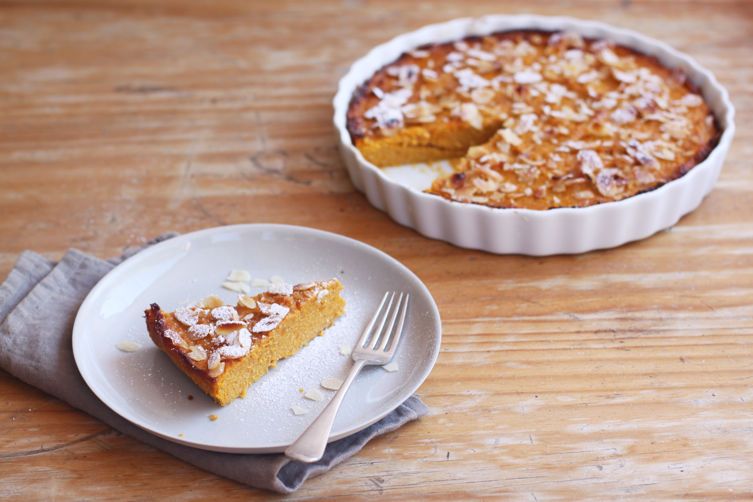 I used to think that pumpkin pie was a purely North American tradition, so I was surprised to come across this little-known recipe a few years ago in Pellegrino Artusi's 1891 “bible” of Italian cookery: Science in the Kitchen and the Art of Eating Well.

Artusi calls it torta di zucca gialla, indicating that this pie is to be made with butternut squash. What makes this very different from North American pumpkin pie is that it has no pastry base, and the filling is made with almond meal, which gives it a very moist, just-set, pudding-like consistency.

The pie is quite decadent -- it almost feels like eating straight-up pumpkin pie filling. But it's a rather clean version: It's not overly sweet (I like to use raw or muscovado sugar instead of white sugar), it's gluten-free, and -- although not so traditional -- it can easily be made dairy-free by cooking the pumpkin in coconut milk or water and substituting olive oil for the butter.

More: We'll be really impressed if you make your own coconut milk, too. 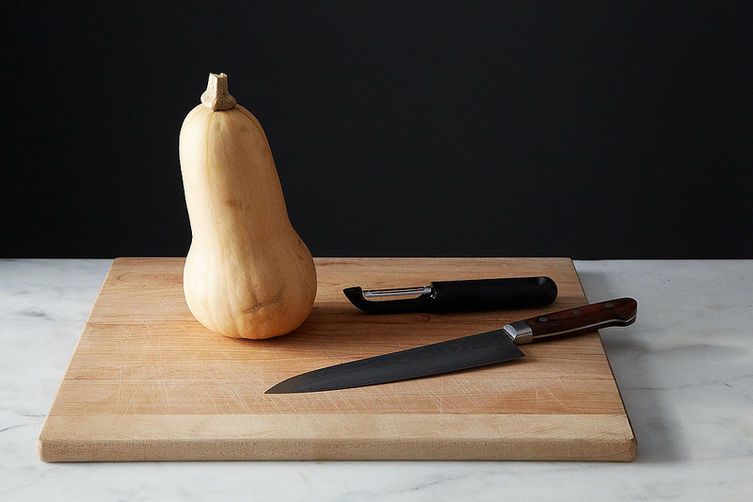 While pumpkin is actually native to the Americas, they were brought to Italy via France; today, they are mostly used only in northern Italian cooking. One of northern Italy's best known pumpkin recipes is pumpkin tortellini (Cappellacci di Zucca), which you can find in Ferrara, on Emilia-Romagna’s border with the Veneto. They also make a version in Mantua, with amaretti adding a sweet-savory flavor to the pumpkin.

I've adapted this nineteenth century recipe ever-so-slightly for the modern kitchen. Artusi's original recipe calls for making your own almond meal (first, blanch your almonds, then grind them with the sugar in a mortar until fine); he also takes time to ensure that the excess liquid from the butternut squash is removed by first grating the raw pumpkin, then draining it by wrapping it in a tea towel and squeezing until its weight is reduced by two-thirds. I've tried this Artusi's way -- grating and squeezing the squash -- but it's rather fiddly and time-consuming, and I've found little difference in the texture by simplifying this method. 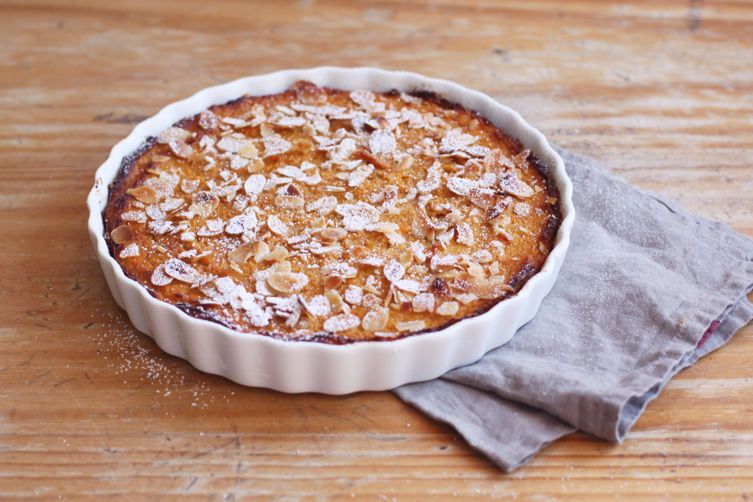 The squash is then cooked in the milk and, though he doesn't mention whether to include the milk in the pie or drain it from the squash, I've done the latter. If you like, you can be thrifty and save the milk for another treat: Infuse it with chai tea and honey for a pumpkin-spiced chai latte, or let it cool and turn it into a banana and cinnamon smoothie.

Although Artusi serves this as-is, I like to eat it with some sliced almonds scattered over the top for added texture -- they also give the powdered sugar a place to catch. The sugar will melt almost instantly when it hits this wonderfully moist pie. 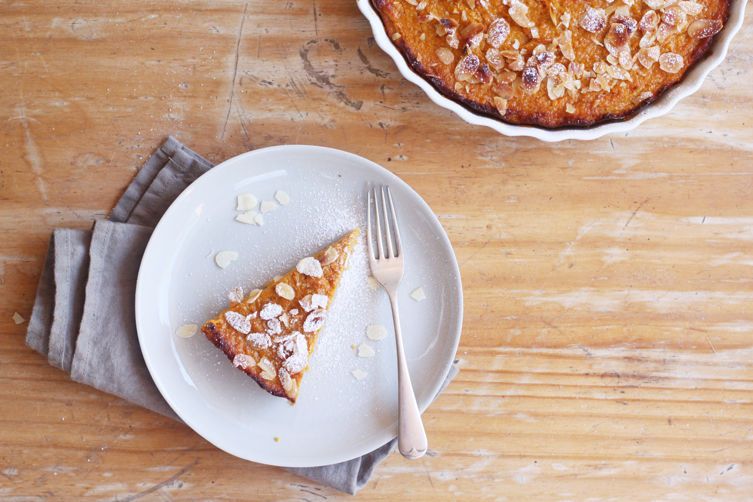 Valeria October 16, 2014
Yay for scales! Also, this is amazing and so ending up in our Thanksgiving meal instead of pie - much lighter, plus we like to change the menu ever so slightly every year! Thanks E. x

Megan October 15, 2014
Looks wonderful. So, let's say I don't want to buy a scale just to make this recipe... approximately how much almond meal and how much sugar are we talking here?

Emiko October 16, 2014
Yep, durun99's right! But Megan, why would you buy a scale just to make this recipe? Once you have scales, you will seriously use them for everything you ever cook and especially BAKE! It'll change your life. ;) Alice Medrich has the right idea here on why to use scales: https://food52.com/blog/9904-the-many-reasons-using-a-scale-will-change-your-life

Megan October 16, 2014
Haha, I know, I know! I really do need one... I have just been digging in my heels on finding room for one more piece of kitchen equipment in my tiny kitchen. :)

Emiko October 16, 2014
I too have zero space! But a good digital scale is no bigger than a dvd (thinner even!) so that slips in anywhere even in a tiny space ;)

Emiko October 16, 2014
Er I did mean to write DVD case, sorry! Thinner than a DVD case!! Still, pretty easy to slip in a drawer!

Emiko October 15, 2014
lol, yes... Ever since I started cooking with scales, I haven't looked back and now I can't do without them! It makes for more accurate measuring and also much easier cooking, I find!

CarlaCooks October 16, 2014
I completely agree, once you go metric weight, you just can't go back. Thanks for including the metric weight in this delicious looking recipe!