How to Use up Leftover Beer

Today: Having a bunch of leftover beer doesn't need to turn into a drinking game. Here's how to put your leftover booze to work in the kitchen. 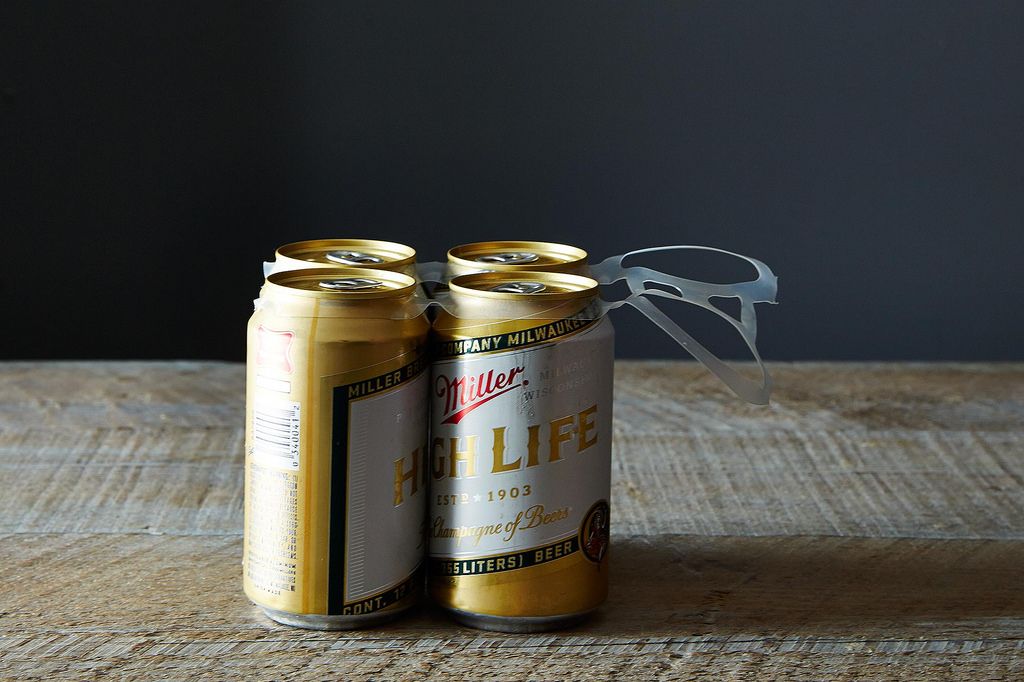 You just woke up, opening one eye slightly to assess the damage. The party’s long over, and everyone’s gone home. The only company you’re surrounded by is an army of wounded soldiers -- half-drunk beers gone flat after being abandoned by their owners. Unfortunately, those are lost causes, and you have no choice but to hold your nose and spill them down the drain. You open up your cooler to find half a case of lukewarm beers bobbing in a deep pool of water. You scratch your head, contemplating how best to put all this beer to use with your half-asleep brain. You’re probably not interested in drinking it in the slightest, so how can you repurpose it? Bring it into the kitchen.

Whether you’re stuck with cases of Natty Light, a few errant bottles of IPA, some Belgian brown, a pilsner, or a hefeweizen, we’ve got you covered. Make a malty bread, an airy crust for fish, or a deep, stouty sauce for pan-seared steak.

So crack one open and take a sip if you dare, then infuse your food with a bunch of booze. Here are our favorite ways to use leftover beer: 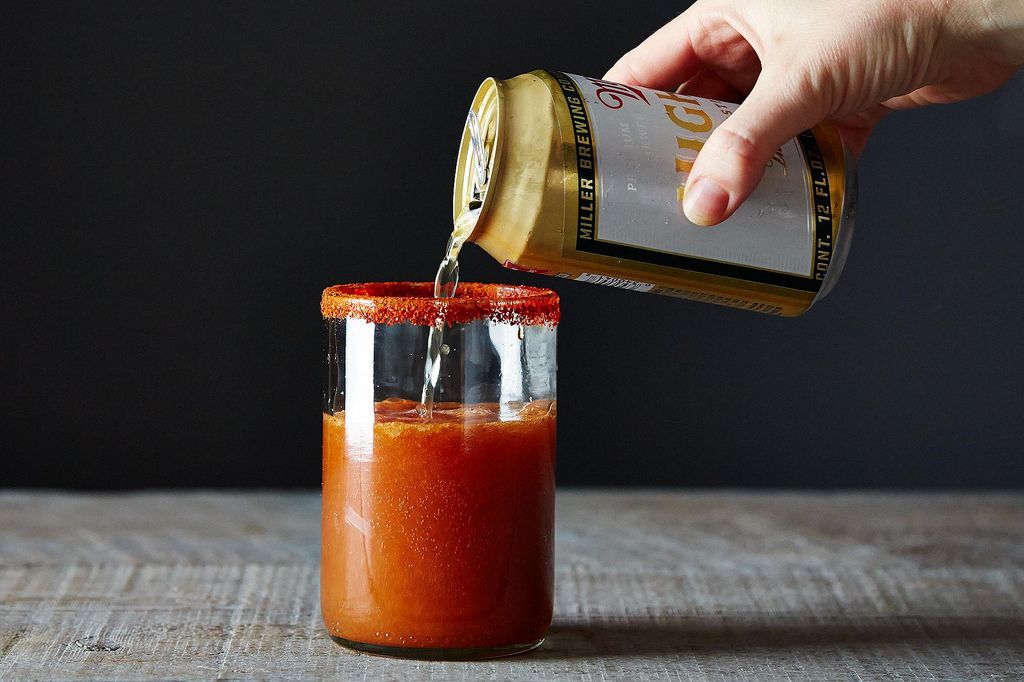 Give your beer a second life and it to make another drink. A shandy, for example, is a light beer (try an IPA) mixed with a soft drink -- typically carbonated lemonade. If you’re more of a Bloody Mary person, try a Michelada -- we make ours with a lighter beer (ideally something Mexican), Valentina hot sauce, Maggi sauce, and lime juice, with a spicy chili rim.

If you’re in the mood for something sweet, make a beer float: Combine a darker ale with a healthy scoop of vanilla ice cream.

More: Want to make your own ice cream? Use a stand mixer. 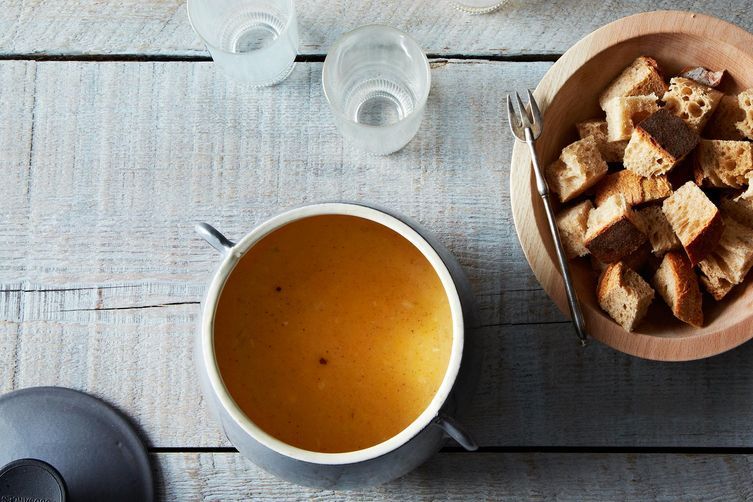 Sauté shallots and garlic, add Worcestershire sauce and your favorite ale, then slowly add in your cheese and spices -- chili, paprika, cayenne, and mustard powder, perhaps -- until it becomes silky smooth. Then proceed to dip in crusty bread cubes, vegetables, potatoes, mushrooms, your finger -- whatever you have that would be improved by a dunk into bubbling cheese. 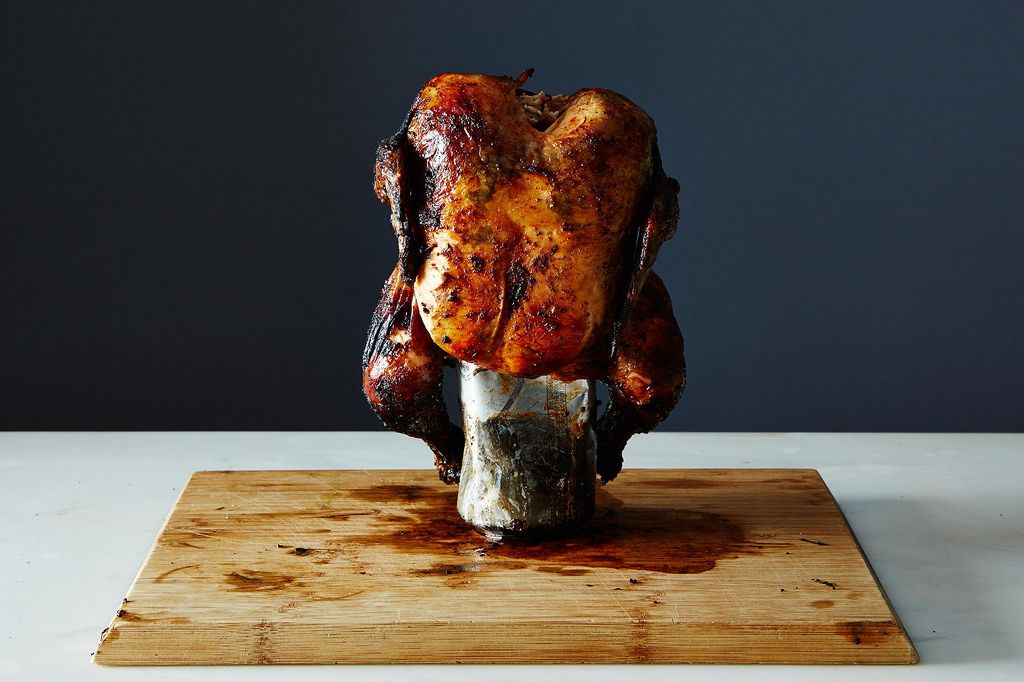 First, dry-rub your chicken simply with salt and pepper or the spices of your choice. Then, spill out (or drink) half the contents of a beer can, and place the can inside the chicken cavity -- so that your chicken is sitting right on top of it -- and grill it with the lid closed. The beer makes for extra-juicy chicken, and the rub makes for a flavorful skin. 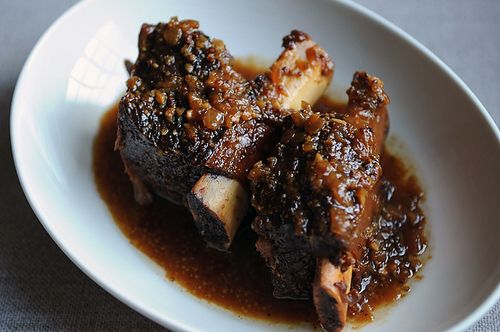 Season your meat -- chicken, short ribs, what have you -- with salt, pepper, and the spices of your choosing -- and brown it in a large pan. Once it's browned on all sides, take it out, pour out some of the fat, and toss in some onion and garlic until they lightly caramelize. Stir in herbs -- maybe thyme, sage, or rosemary -- and beer (preferably a brown ale) to make the sauce. Return the meat to the pan, coat with the sauce, and bring the sauce to a simmer. If you’re making chicken, let the chicken simmer on the stovetop until it cooks through. If you're making short ribs, throw the pan in the oven for a couple hours until the meat is pull-apart tender. The beer will ensure that the meat stays moist inside and out. 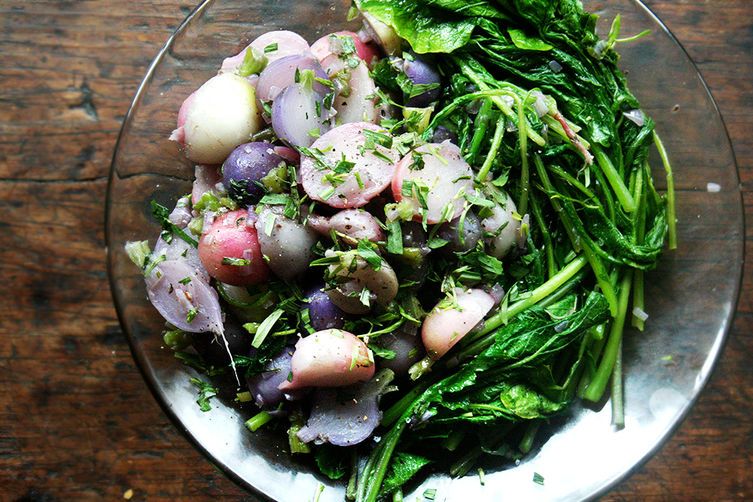 Soften onions in a pan, with diced bacon. Then, throw in a sturdy green, like collard greens, radish greens, kale, beet greens, or swiss chard, with a bottle of brown ale, stirring until the greens are completely mixed with the liquid, and then add salt, pepper, brown sugar, and your preferred spices -- maybe cayenne for some heat. Let the greens cook on low until they're tender -- and you have a simple, flavor-packed side dish to pair with pretty much anything. 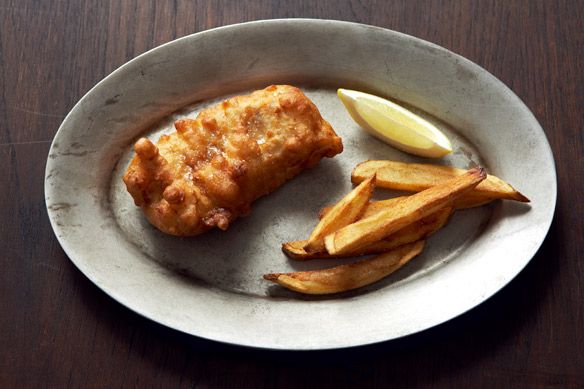 Find a white, flaky fish to lightly coat in flour, then bathe it in a batter of light beer, flour, and salt, and fry it in oil until it's golden brown. The carbonation in the beer will add body and lightness to the batter. Pair it with a cold one. 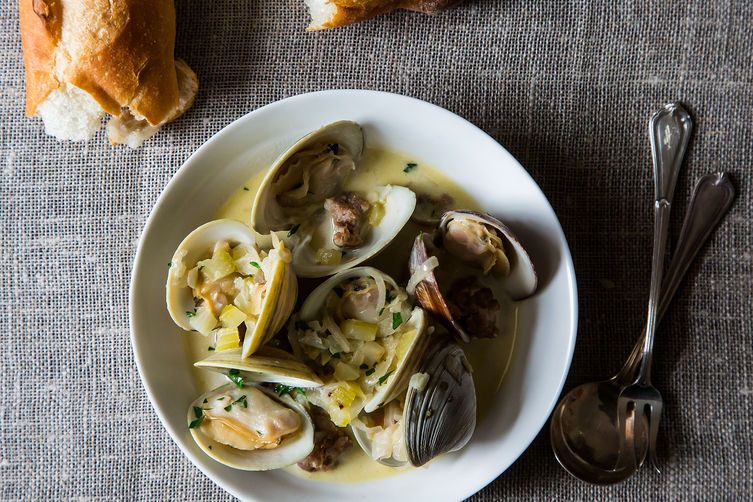 The easiest way to prepare shellfish is to steam it. In a large saucepan, soften some aromatics, like onions, garlic, leeks, and fennel. Add any vegetables, potatoes, or meats, and cook them almost all the way through. Add herbs. Pour in your beer -- an IPA works well here -- let it gurgle for a little while, then add your shellfish, and cover the pot. You can tell clams are finished cooking when they’ve opened up. Crab is ready when it’s bright red and the meat is flaky. Add all the Old Bay your heart desires, and dunk some crusty bread into the oceany beer broth.

More: Sand, be gone! Learn how to properly clean and cook shellfish. 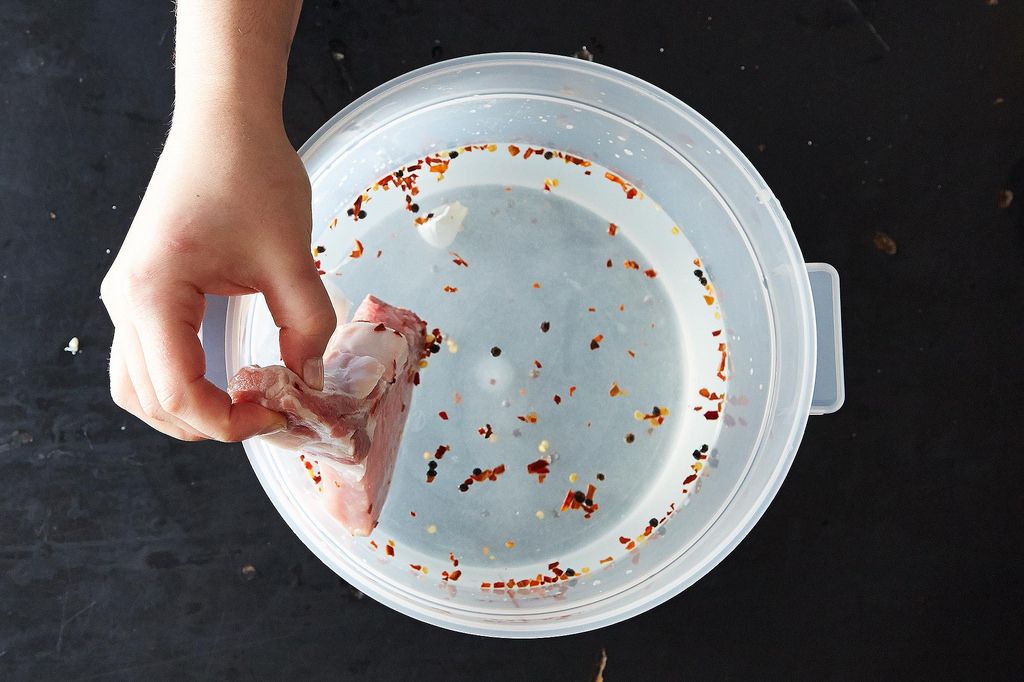 Brining your meat with beer hydrates it, keeping it moist inside and out; it also infuses it with sweet, malty, hoppy flavors, and gives it a butter-soft texture. Leaner meats, like poultry breasts and pork chops, are commonly brined because they lack the fat that provides other types of meat with flavor and moisture. Use equal parts water and beer (try a brown ale here), a generous amount of salt, and the aromatics of your choice -- smashed garlic, peppercorns, thyme, bay leaves, and citrus are all good choices. Leave your meat in the brine for about one hour per pound, then take it out, pat it dry, and let it dry uncovered in the fridge for a few hours, if you have the time. After that, you can just roast it in the oven. The brine does all the heavy lifting for you. 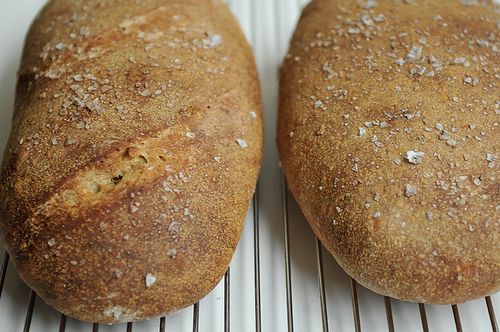 Create a sweet, malty loaf of bread in just a few easy steps. Mix flour, baking powder, salt, and sugar. Pour in your beer, let the dry ingredients absorb the beer, pour the mixture into a pan, drizzle butter over it, and bake. Customize your loaf by adding whatever flavors you like to the dry ingredients -- perhaps garlic, Parmesan, and rosemary or malt syrup, olive oil, honey, and rosemary. 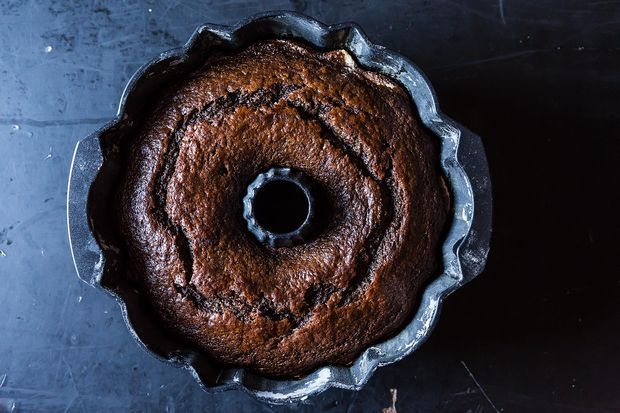 You can mix beer into almost any cake batter, but we think it goes best with chocolate. Make a heady chocolate cake using the heavenly black stuff: Guinness. Alternatively, you can mix beer into a batter with cloves, cardamom, nutmeg, ginger, cocoa powder, cinnamon, and dry mustard to make a gingerbread bundt cake. 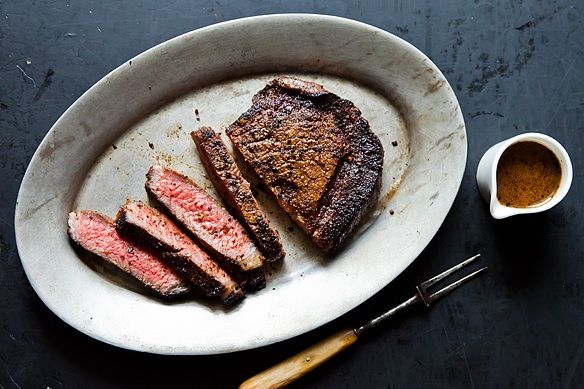 Beer can help you release all the brown bits from whatever meat you were searing in your pan -- be it beef, chicken, lamb, or pork. Add the herbs of your choice to the pan and deglaze with beer. A chocolate stout works well with steak, and a light lager is perfect for a hash. From there, you can add stock, if you’d like, and reduce the liquid by half to create a deep, complex sauce for your protein. 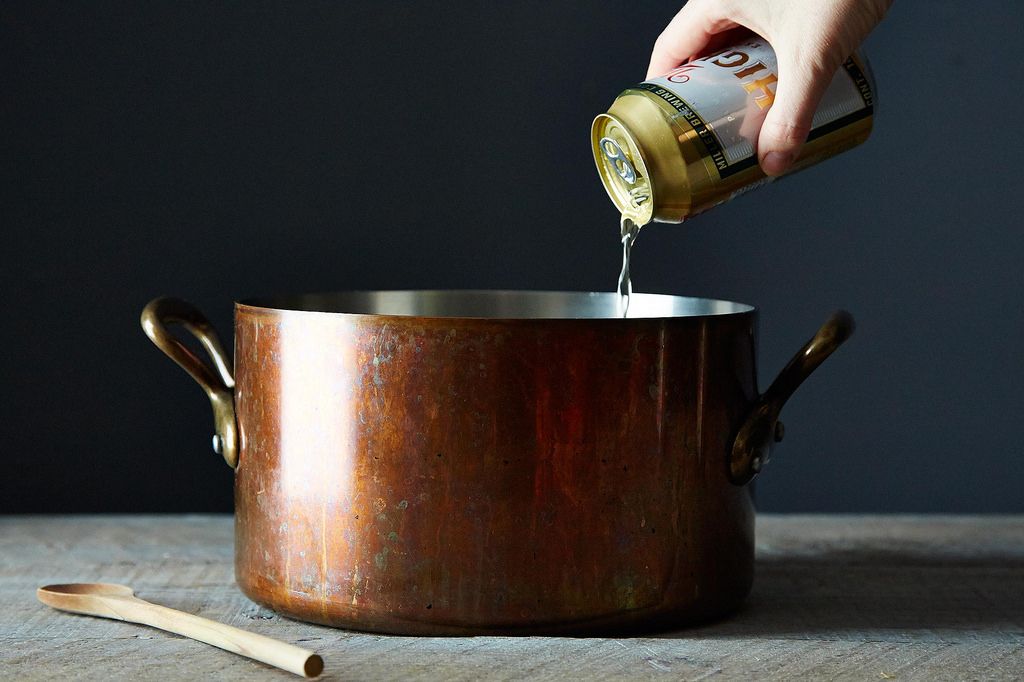 You can add beer to virtually any stock -- beef, veal, vegetable, chicken -- to add a little boozy kick. Add a dark ale and caramelized onions to beef -- or vegetable -- stock to make French onion soup. For a meaty stew, layer your vegetables in a large pot, nest your meat -- we suggest lamb -- on top of them, add your herbs, and pour chicken stock and a stout like Guinness over everything. Cover and cook it for a few hours, letting the beer do its flavor-infusing, meat-softening magic.

You can make gumbo with beer, too. Or if you’d rather have chili, just throw some cooked beans into the pot at the same time you add the beer. 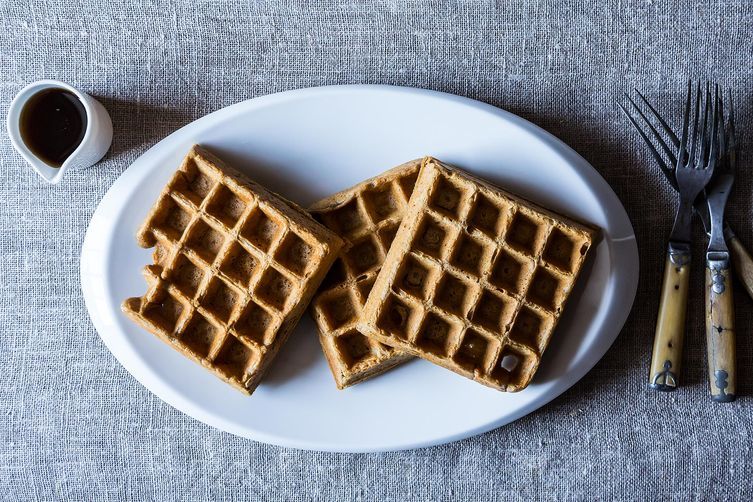 Create a yeasty flavor for your waffles or pancakes -- without using yeast. Heat butter, buttermilk, and stout until warm. In a large bowl, combine flour, salt, baking powder, baking soda, sugar, and your preferred spices -- maybe cinnamon, cardamom, or nutmeg. Separately, beat eggs and whisk with vanilla. Slowly whisk the beer mixture into the egg mixture, then combine the dry ingredients with the liquid until only slightly lumpy. Pour a thin layer onto a buttered waffle iron to make waffles or onto a griddle to make pancakes. This is a perfect compromise between sweet and savory breakfasts -- and an excuse to have beer as soon as you wake up.

What's your favorite way to cook with beer? Tell us in the comments!

DrRisk May 25, 2015
The best use for leftover beer in a can or bottle is to pour it into an aluminum pie plate in your garden. Slugs and snails will limb into it an croak instead of eating your plants. Works every time, and does not make your food sour like the cooking ideas listed here.

edwin C. May 4, 2015
Your a funny man John, I'll just say that we have lost our way with all the so called craft beer. Do we really need 500+++ beers as the fury tattooed class try's to figure it out. My favored beer is Sierra Nevada's Pale Ale, but it can be a bit too much if hydration is part of the question. After that a good lager is more to the point. Here in Portland we use to have Henry Wienhard's it is no longer made here, but inHood River or lost some were in the guts of the Miller corp. Lagers seem to be lost to the craft brewers. Oh that's right because it is really hard to make consistently. What you say consistency is for dilettantes, you may be right there, but all the brewer I have talked too are amazed at how Miller and Bud do it. Sadly most of the micro's leave lager alone. PBR , Hamm's , or High Life if that's it I'll take the Miller.

edwin C. May 4, 2015
Well I truly doubt that it's the Miller High Life of the 50's you could still drink it. It's best on a really hot Summer day goes well with fishing and baseball.

Kentosaur May 4, 2015
Best thing to do with Miller High Life is throw it out! You'd buy decent wine to cook with, right? Same for cooking with beer.

Cjcoppola September 24, 2014
Chili! I like a Modelo or Guiness in my chili. Adds depth and a sweetness.

Catherine L. September 24, 2014
I love this! If only it had existed during my college days... so many Miller High Lifes gone to waste when they could've been used in waffles.